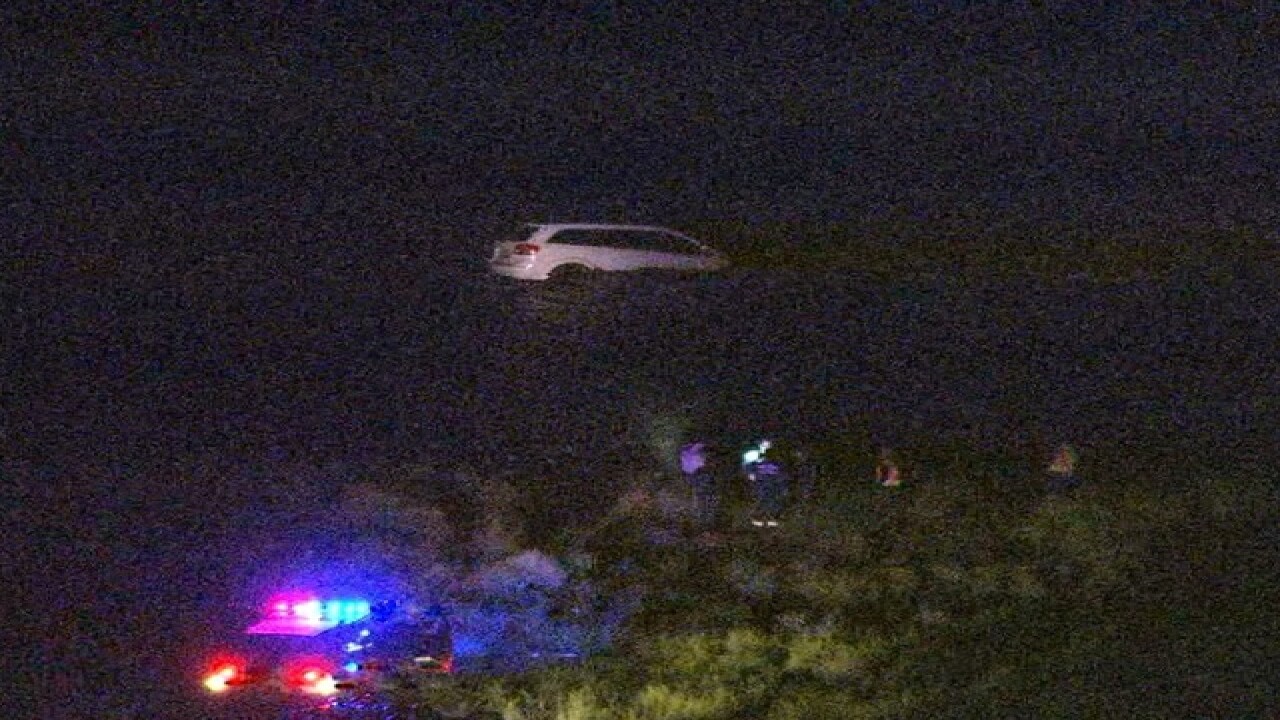 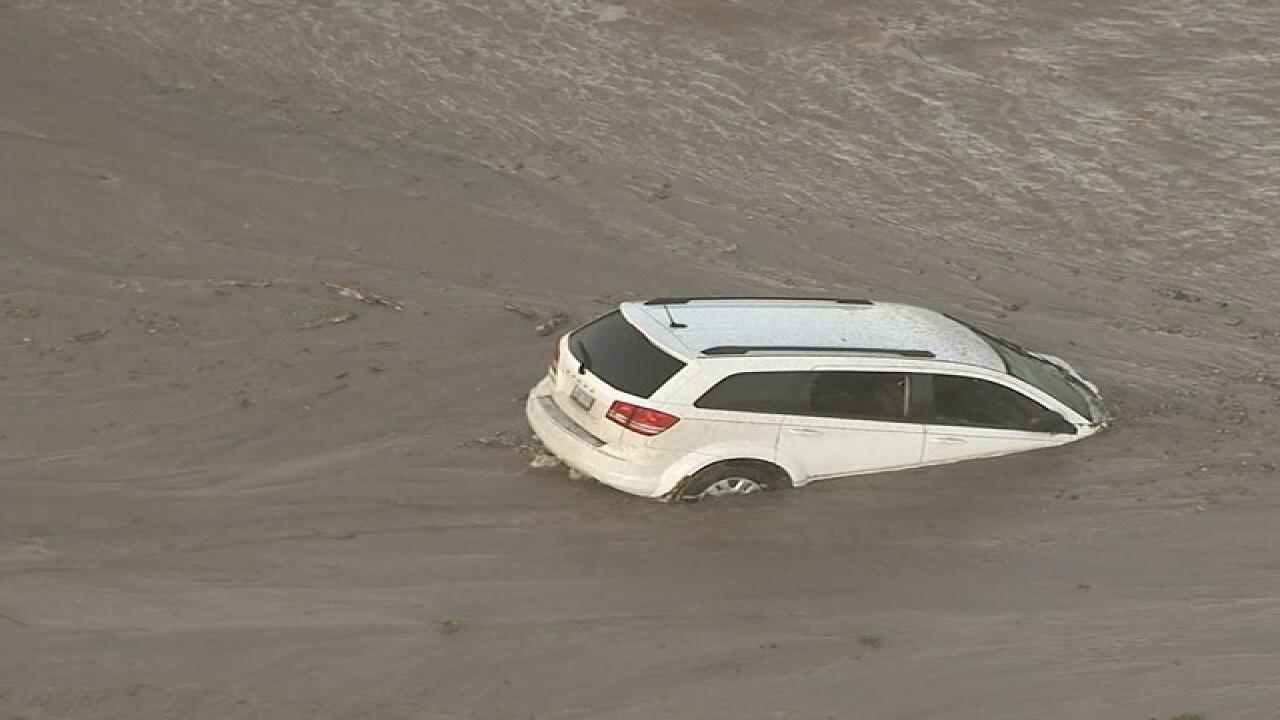 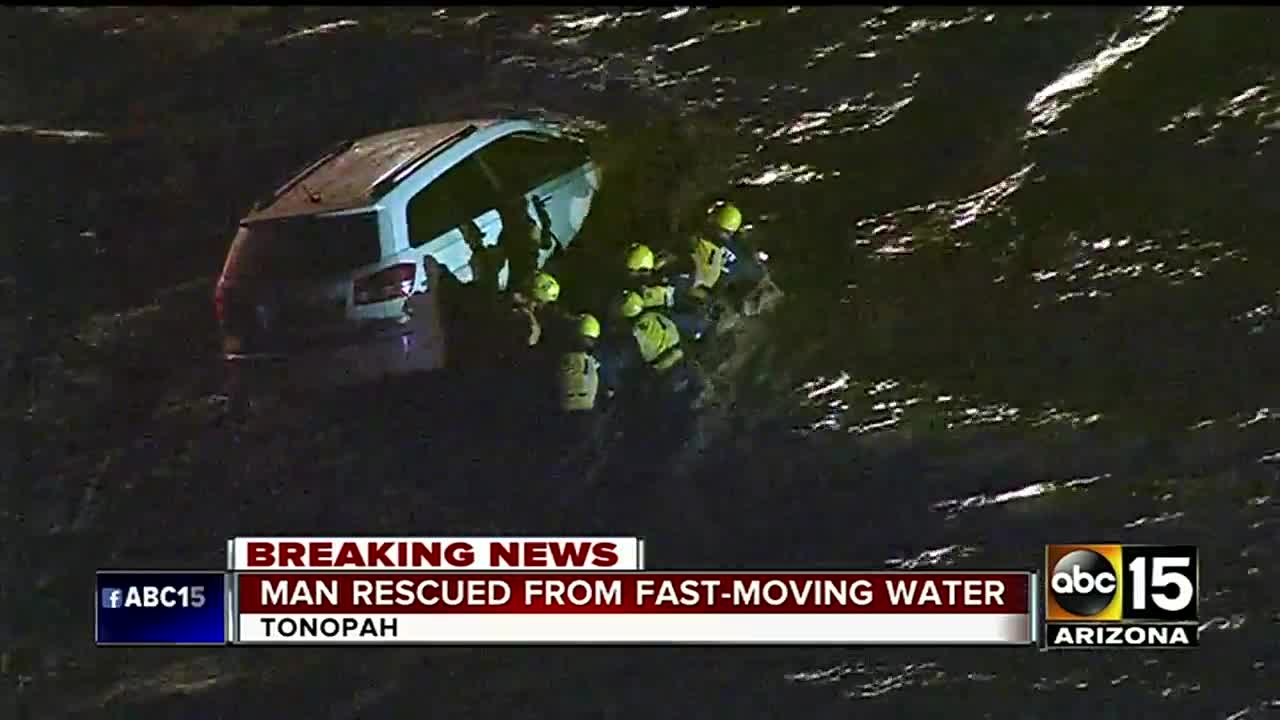 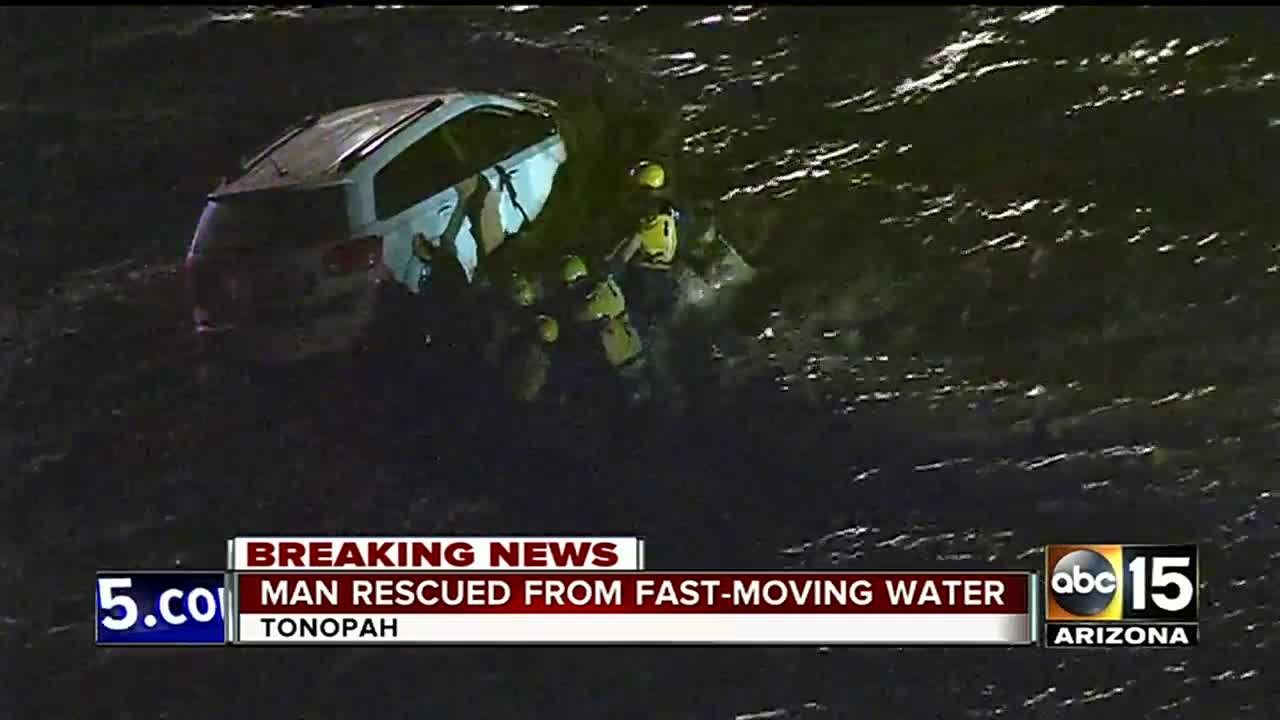 First responders worked to rescue someone trapped inside a vehicle stuck in floodwaters west of the Valley Tuesday night.

According to the Phoenix Fire Department, crews responded to near 319th Avenue and Baseline Road.

Video from Air15 showed a minivan stuck in the middle of the Hassayampa River. Officials say the water was up to the roof in some spots, and an elderly man was trapped inside.

The man was later identified as 73-year-old Dwight Music. He was not cited because there was no barrier up at the time.

Video from Air15 showed a group of five rescuers wade into the river, put a life vest on the man, and escort Music to the riverbank.