Hayden PD: Toddler abducted by non-custodial mother, boyfriend may be in Mexico 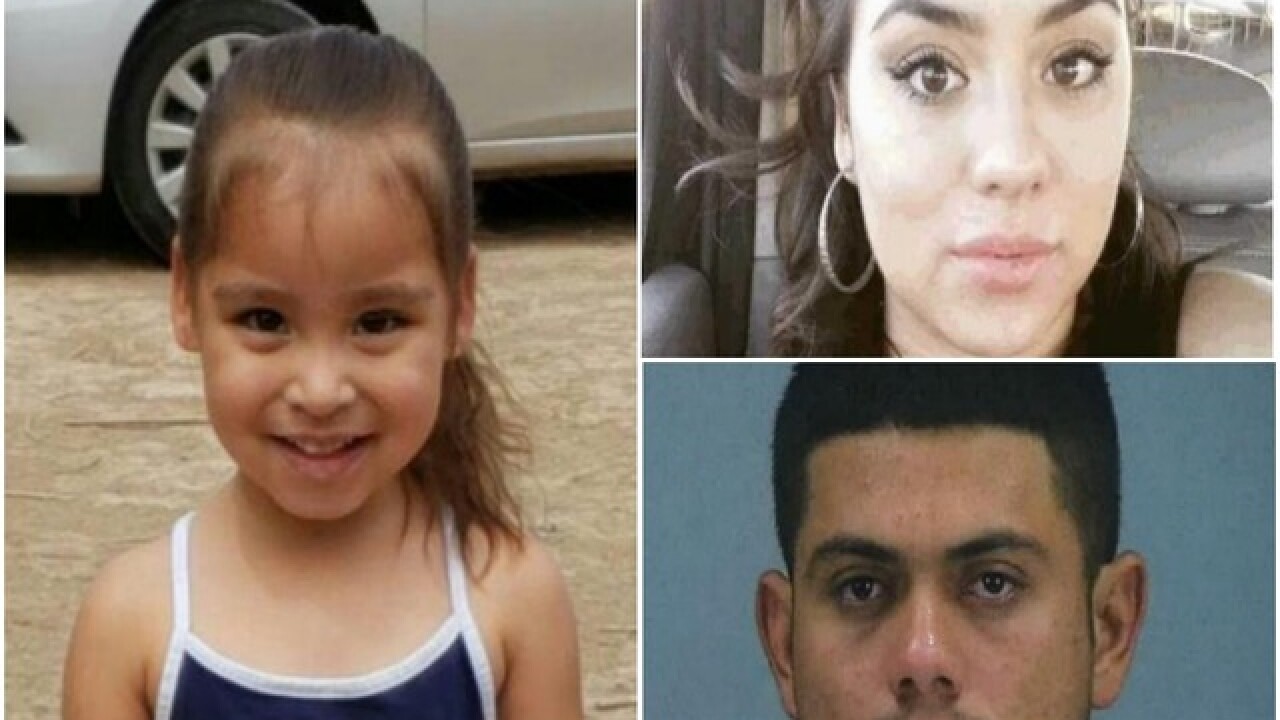 Officials are looking for a 3-year-old girl who was taken by her non-custodial mother from a home in Winkelman, Arizona.

According to Hayden police, custody was granted to 3-year-old Kamila Cabrera’s father on August 2, 2018.

The child’s father allowed Kamila to stay overnight with her mother, 25-year-old Jimena Corona Perez, on August 9. Jimena’s mother said Jimena had left with the child sometime during the middle of the night.

Jimena reportedly left a note saying that Kamila was her child and that she was taking her. She called her mother the next day, saying she and her boyfriend fled to Mexico with Kamila.

Officials say Jimena is believed to have been previously staying in the Phoenix area with her boyfriend, 22-year-old Jose Astorga Valenzuela.

Very little is known about Valenzuela, but the Cabrera family says he is known to also go by the name of Daniel Guzman. No record searches have provided officials with a possible Valley home address, but he may have family in California and San Luis, Mexico.

Valenzuela was reportedly turned over to ICE in September 2017 after being arrested and booked into a Pinal County jail on charges of management of a criminal syndicate, unlawful flight, conspiracy, facilitation and weapons charges. Based on Valenzuela’s known associations from his past arrest, Kamila’s safety could be at “significant risk,” police say.

Both Jimena and Valenzuela are believed to be in the country illegally.

Valenzuela reportedly has two distinct tattoos: one on his left forearm of what appears to be a saint with a stack of money under him, and on his right arm a crown with the initials JM next to it.

Jimena was last known to have been working at Botas Y Joyeria Diaz near 30th Avenue and Van Buren Street in Phoenix. She has a crown tattooed on her forearm.

Anyone with information on their whereabouts is asked to call Hayden police or 911.

Hayden police tell ABC15 their officers consulted with the Department of Public Safety when the case was reported, but were told the case did not meet the requirements for an Amber Alert.