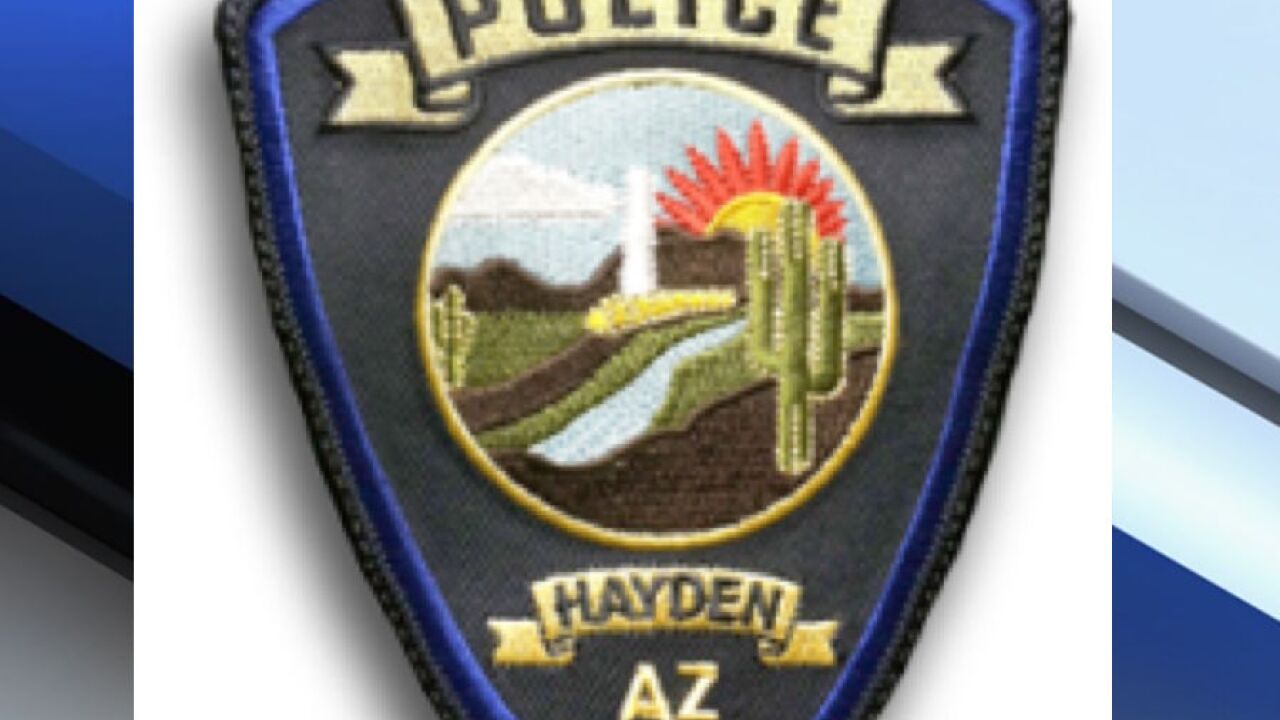 HAYDEN, AZ — Authorities are searching for a suspect wanted in connection with an attempted abduction of a teenage boy.

The Hayden Police Department says a 13-year-old was approached near 4th Street and Thorne around 6:35 p.m. Tuesday.

The man called to the boy and when the teen turned to run the suspect got out of his pickup truck and chased him toward the school.

The boy was able to find his coach and they called 911, police said,

The suspect was driving a newer model blue or black truck that is not lifted and does not have any unique marking, police said. The suspect is described as a light-skinned man, about six feet tall with a dark-colored bandana over his face. There may have been a passenger in the pickup, but police said no description was available.

Hayden police ask for anyone with information to contact the department at (520) 356-6205.