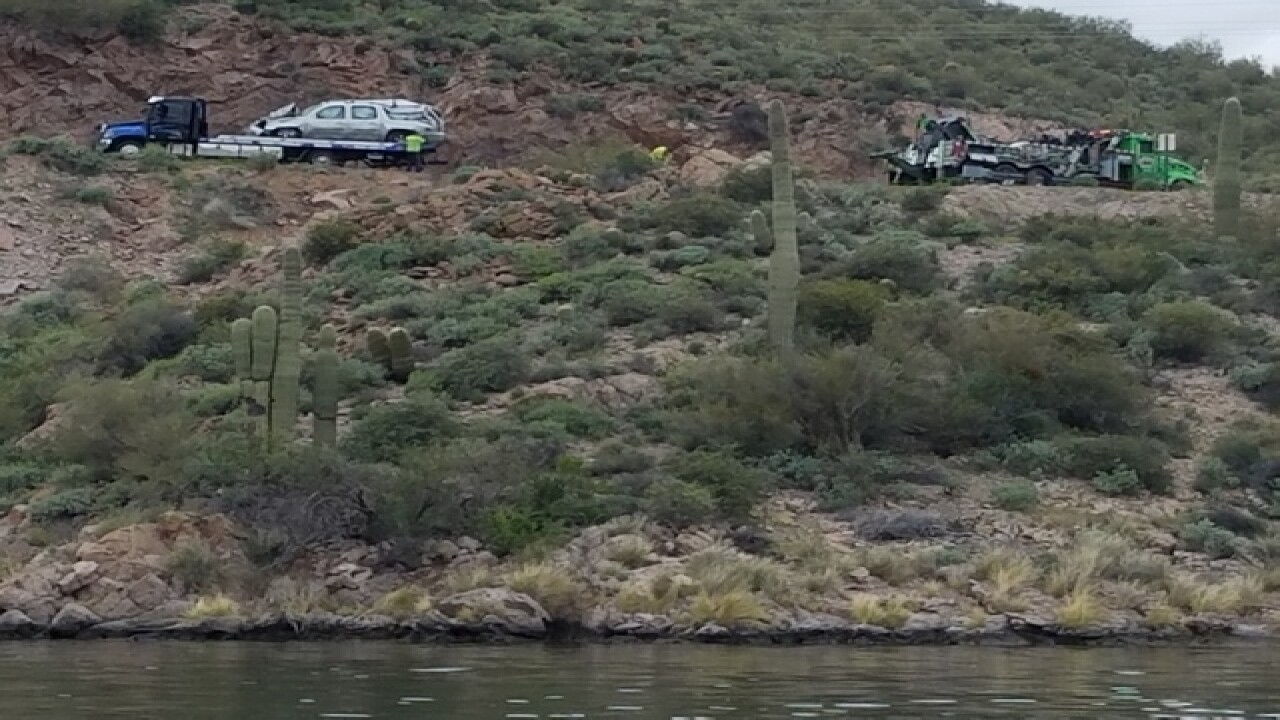 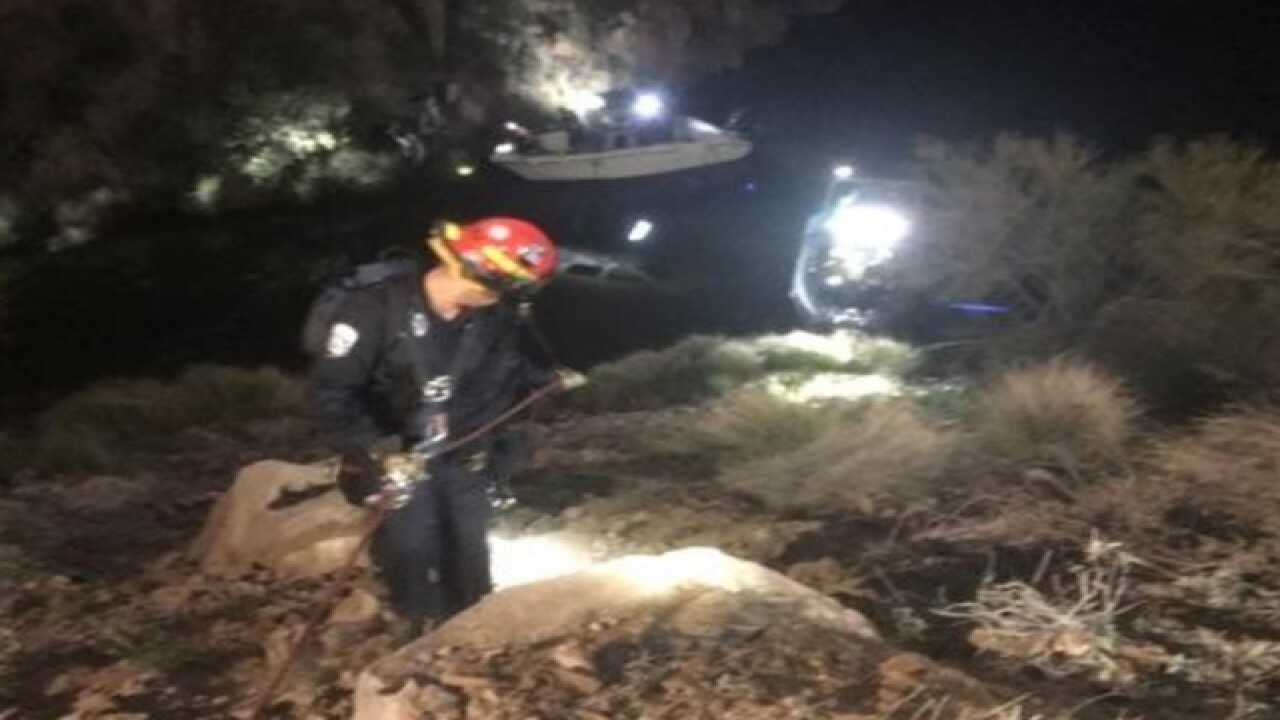 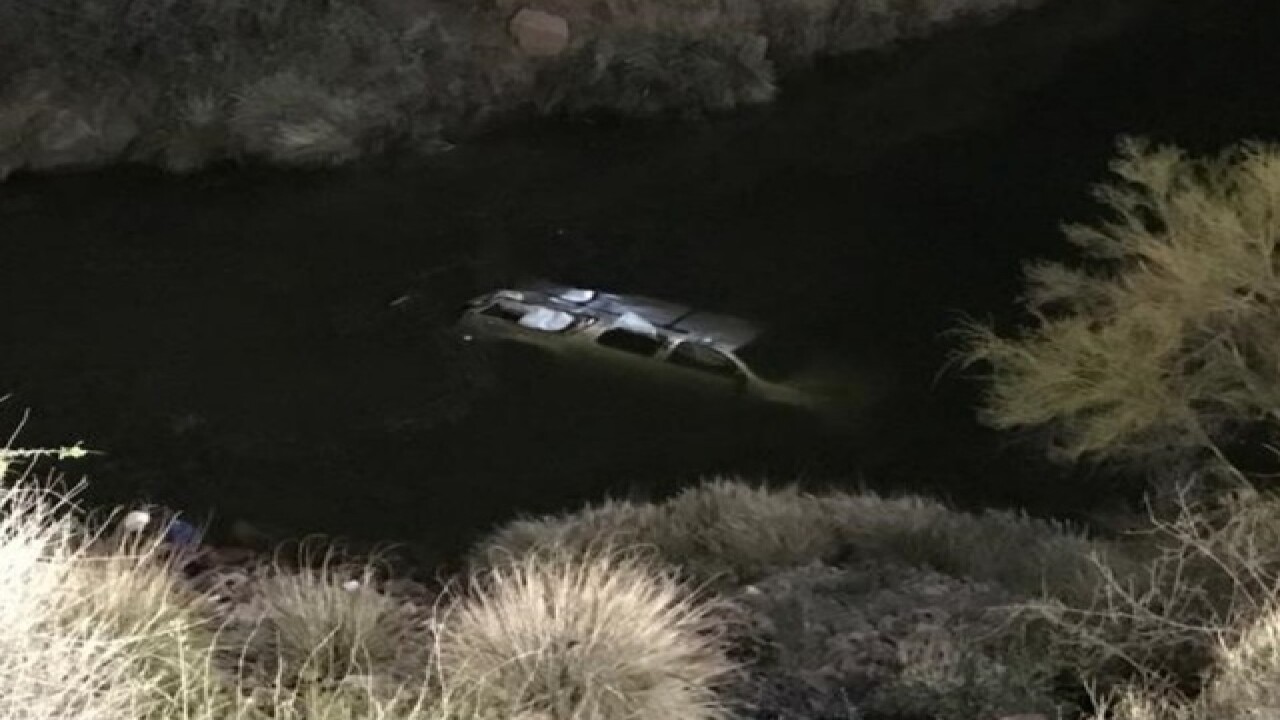 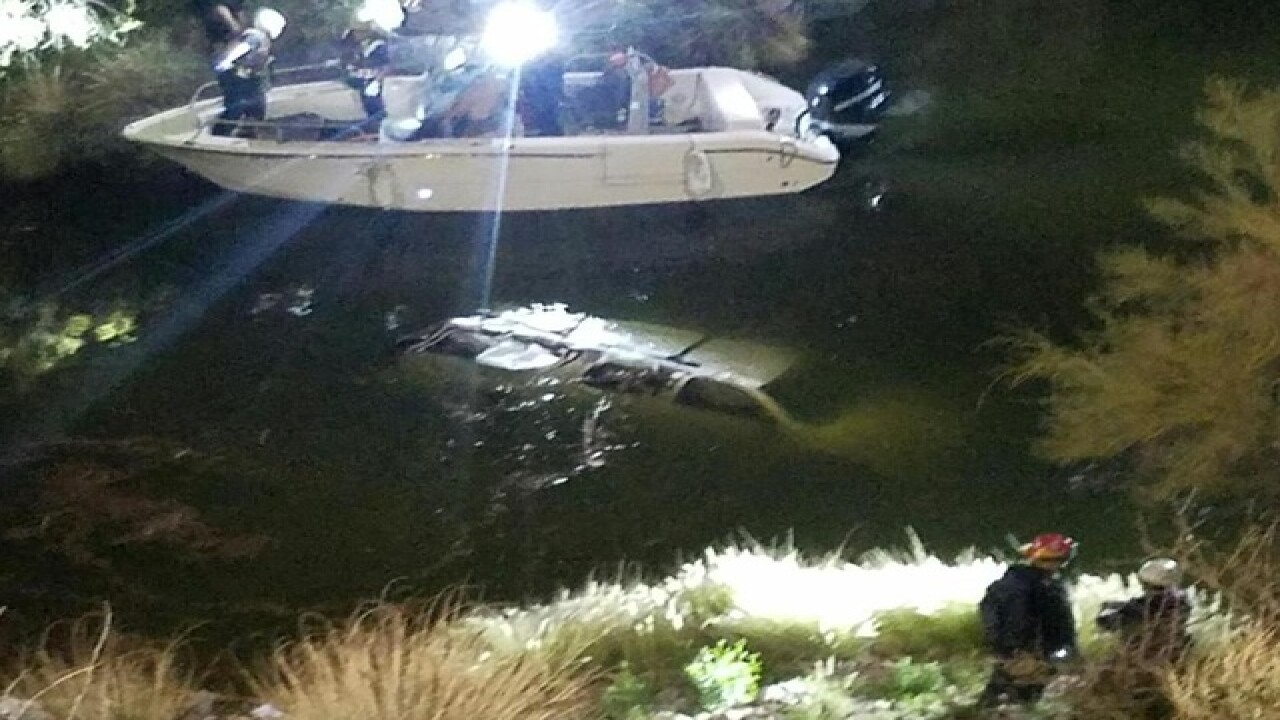 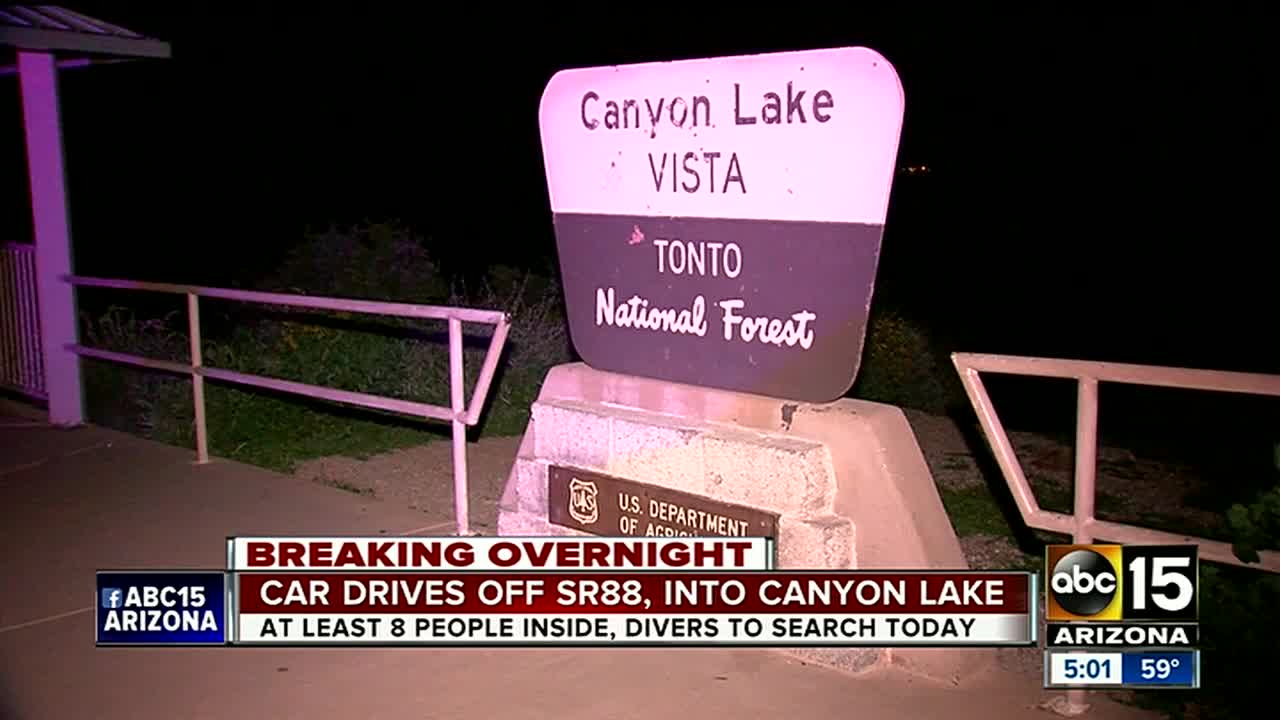 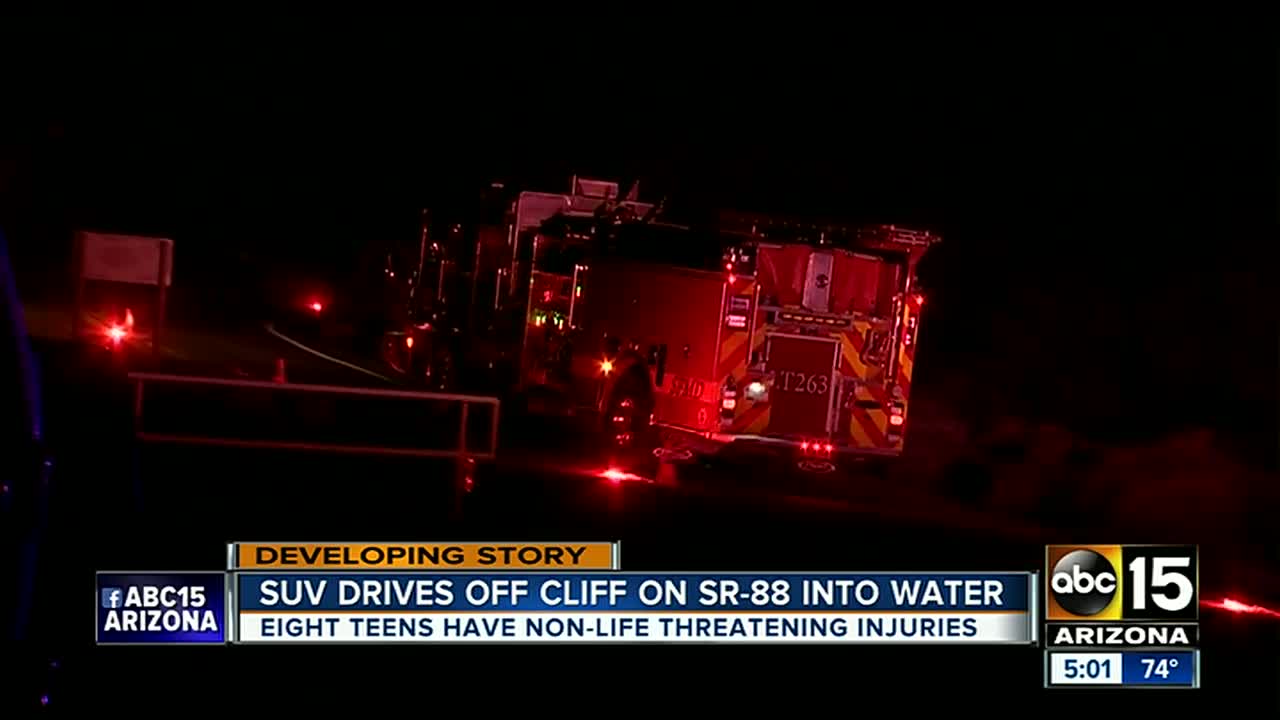 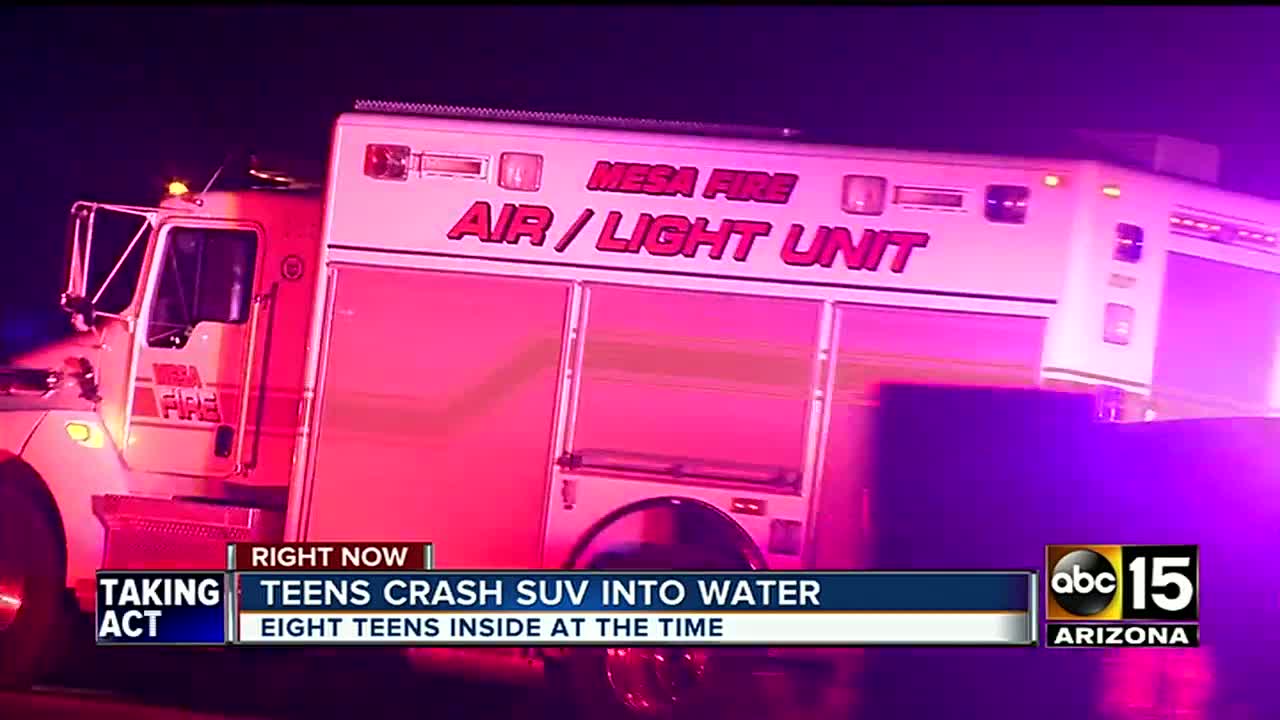 State Route 88 was affected near Canyon Lake due to a serious crash involving a vehicle crash that injured eight people.

Authorities first received reports about the accident around 9:30 Saturday night. Eight people between the ages of 16 and 18 years old were injured during the crash at milepost 209.

CLOSED: SR 88 is closed in both directions at milepost 209 due to a crash. #aztraffic pic.twitter.com/p3m5XhCUJc

Officials said a 16-year-old driver made a sharp right turn causing the SUV to go off the road and down a slope. The car proceeded to roll over before stopping in 100-feet deep water in Canyon Lake.

The teenagers were able to get out of the SUV without assistance, authorities said. Some of the group swam to a shoreline while others stayed behind.

According to fire officials, two people were transported to the hospital by helicopter and two others were taken in a ground ambulance. Four patients suffered minor injuries and weren't hospitalized.

DPS said one of the teens suffered a fractured pelvis and another went into diabetic shock.

The SUV belonged to the driver's parents. His 18-year-old brother was also in the car and the rest of the teens were the siblings' friends.

A total of six agencies were called out to help with the rescue effort.

ADOT helped removed the car from the lake. The recovery effort was completed by 10 a.m. Sunday.

Officials said this is the third car to drive off of the cliff on SR 88 in just one week. ADOT said they are planning to add guardrails in the area.

Officials are investigating why the vehicle steered off of the road.