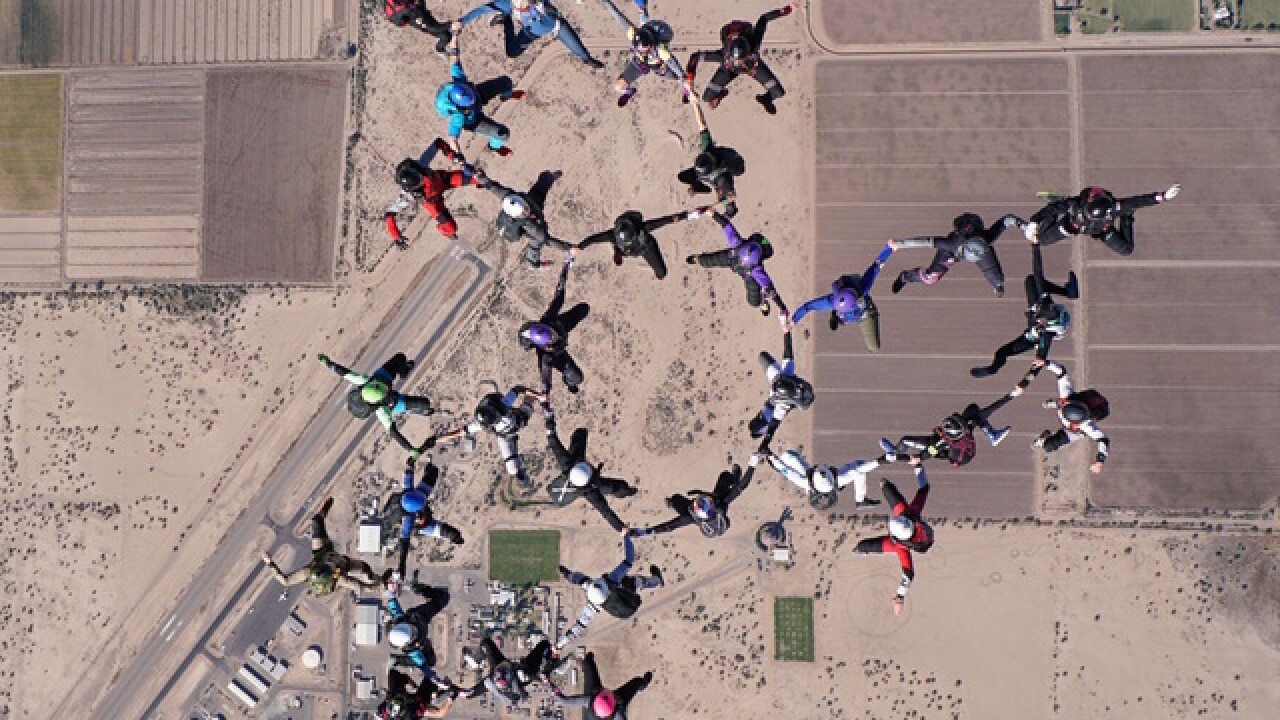 Copyright 2017 Scripps Media, Inc. All rights reserved. This material may not be published, broadcast, rewritten, or redistributed.
Steve Curtis/USPA

Dozens of women joined arms in the sky over Eloy this past weekend to break a world skydiving record.

According to the United States Parachute Association, 32 women broke the world record when they performed an upright formation during a jump at Skydive Arizona on Saturday.

The upright formation looks like sitting upright in a chair -- but doing so without a chair, thousands of feet up in the air.

The group consists of 40 women from multiple countries who traveled to Arizona to jump together until the record was broken. They planned to jump from sunrise to sunset, Thursday through Saturday, until they were able to beat the record.

USPA says this was the first all-female world record of its kind. They did not specify what the old record was for the same upright jump.