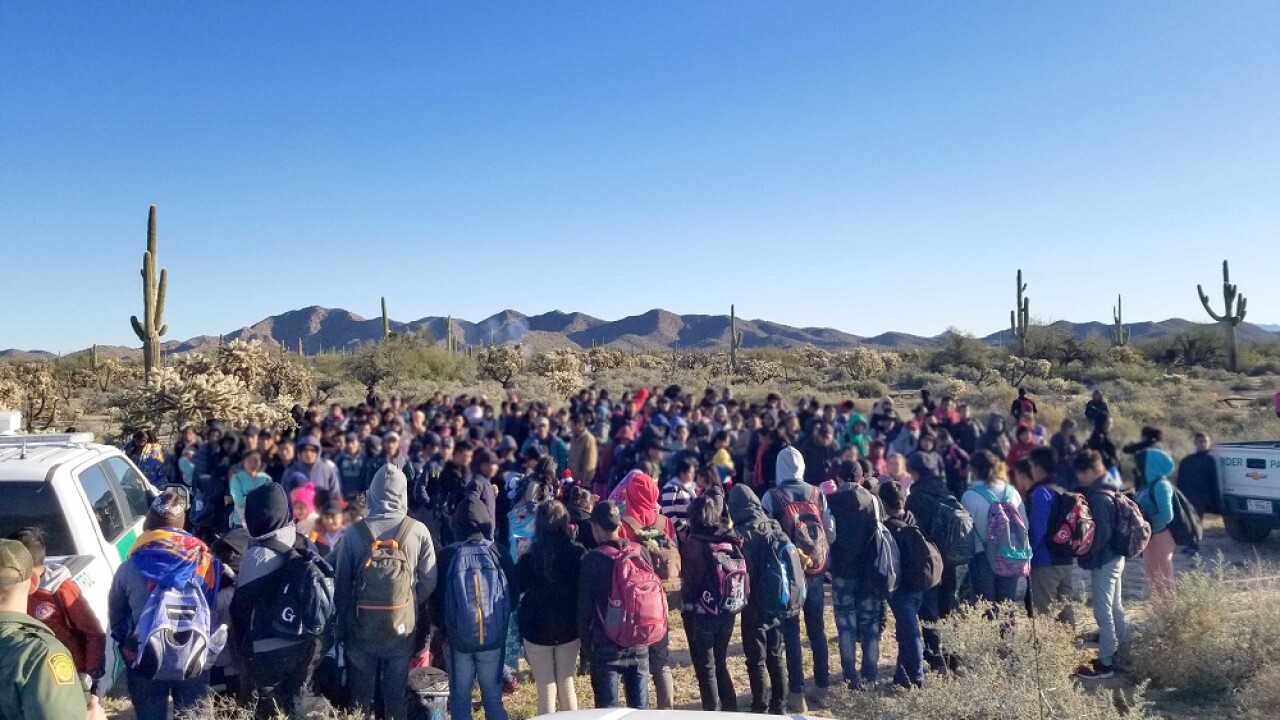 LUKEVILLE, AZ — Authorities in southern Arizona apprehended a group of more than 300 people from Central America Thursday who had entered the country illegally.

The group was spotted west of Lukeville by a U.S. Customs and Border Protection helicopter sent to investigate a possible campfire seen on a surveillance camera.

The group told border patrol agents they were dropped off the night before by trucks roughly 50 yards from where they were found. In that area of the border, there is only a barrier to prevent vehicles from coming across.

Of the 325 who were apprehended, 150 were juveniles. Of those, 32 were traveling without a parent or guardian.

Agents took the group to a border patrol facility for processing, where medical staff sent a 5-year-old with possible chicken pox and a 12-year-old with a skin infection to the hospital for treatment, the agency said in a news release.

So far this year, Customs and Border Protection says agents have apprehended three groups totaling more than 650 people in that part of the desert, between Yuma and Nogales.