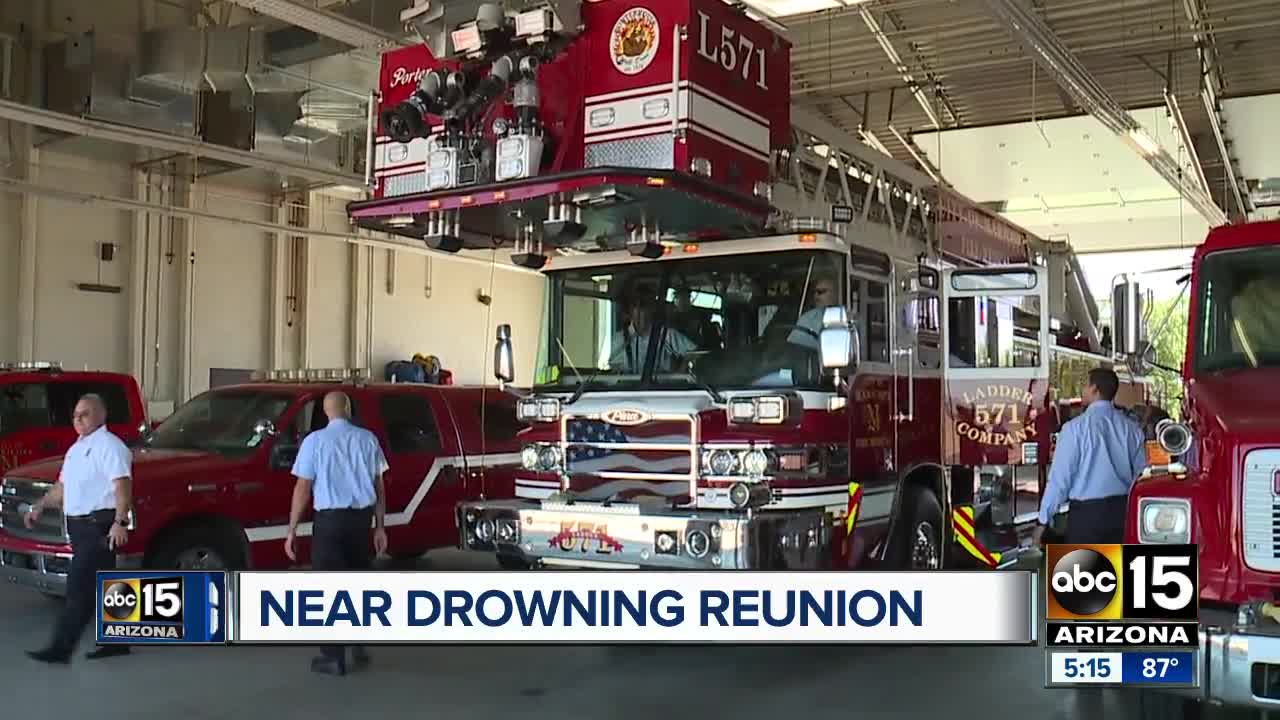 A young girl and her family got to meet the Maricopa fire crew that rescued the young girl from nearly drowning last week.

MARICOPA, AZ — You would never know by looking at her today, but a week ago, 18-month-old Kate Jump's lifeless body was pulled from a swimming pool.

"We have parents on the scene, the babysitter on the scene and emotions are really high, and it's a stressful atmosphere," Maricopa Fire Captain Chad Dupre said.

Kate and her family were reunited Thursday with the members of the Maricopa Fire Department's Rescue Unit 571, the first responders who saved the child's life.

"When I turned down the street and saw all those patrol cars and the ambulance, it was the scariest moment in my entire life," Kate's mom Jeanine said.

Quick action by Kate's babysitter who began CPR, and the quick response by the Maricopa Fire Department, made the difference. The crew is equipped with an advanced life support unit, which helped re-establish Kate's breathing. Two days in the hospital, and now she is back doing what 18 months do: Exploring.

"We got our Kate back," Jeanine Jump said.

The Maricopa Fire Department wants to remind everyone about the ABC's of drowning prevention: adult supervision, barriers around the pools, and know CPR.