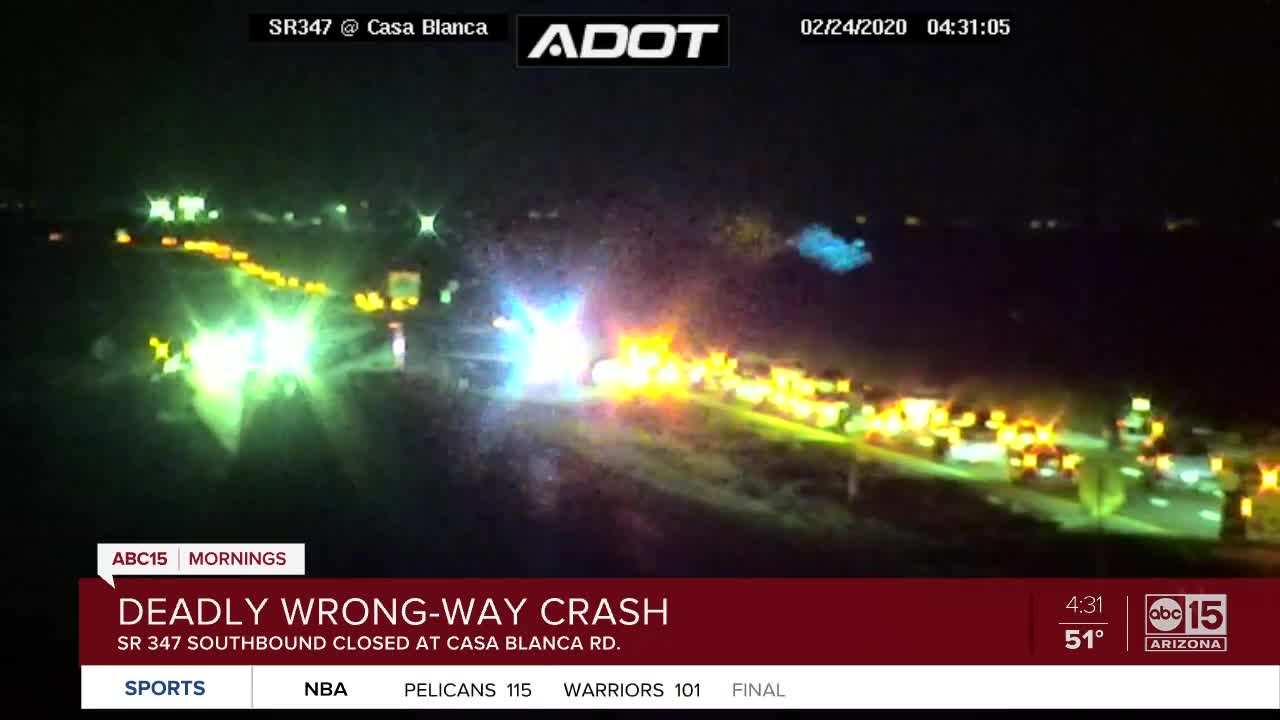 One person was killed in a wrong-way crash near Maricopa late Sunday night. 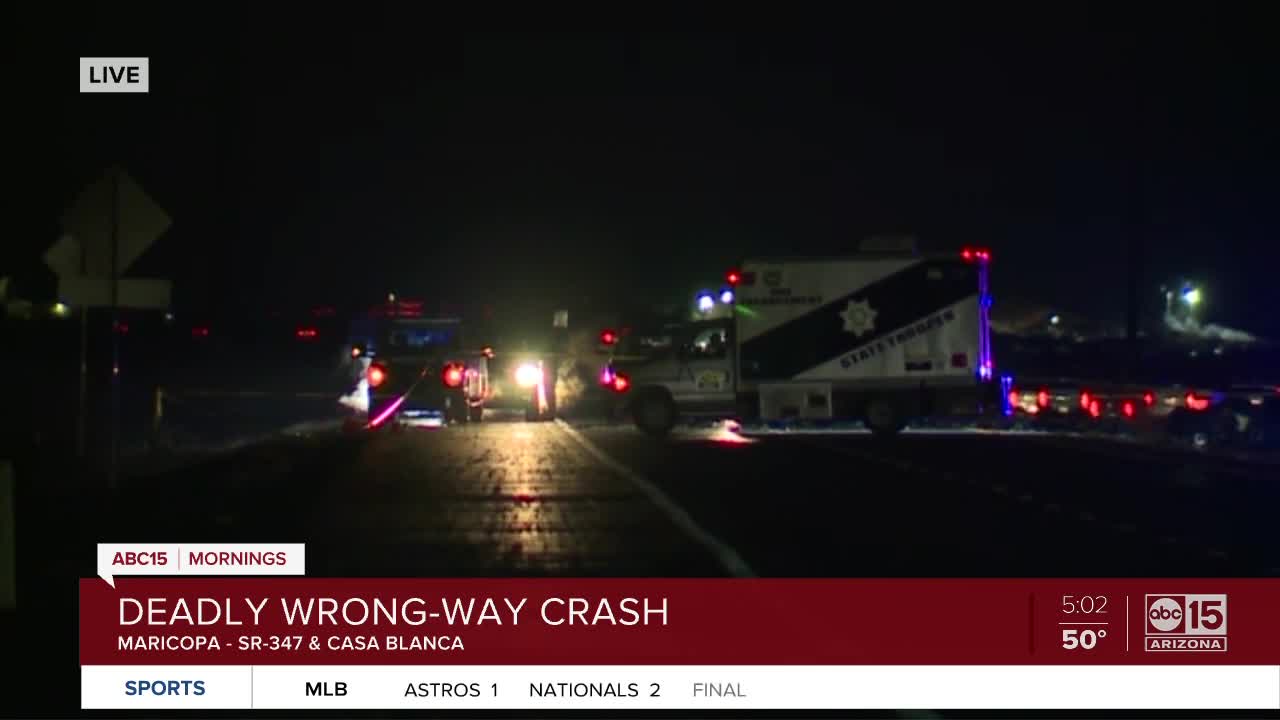 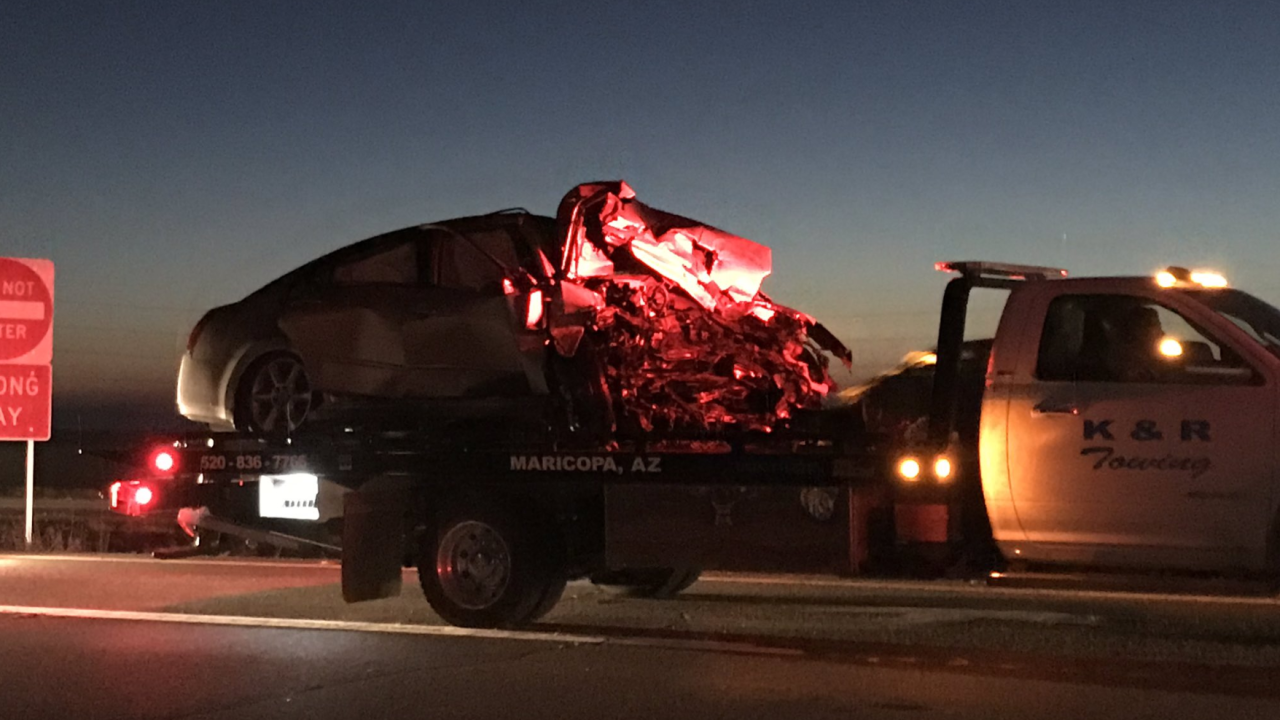 The crash happened along SR-347 near Casa Blanca Road around 11:40 p.m, officials with the Arizona Department of Public Safety said.

A wrong-way driver was reportedly headed northbound in the southbound lanes of traffic when the driver hit another vehicle head-on.

The driver that was struck, identified as 67-year-old Ma C. Ponce of Mesa, was pronounced dead at a hospital.

The investigation is still ongoing, but DPS said impairment is believed to be a factor.

The suspect driver is a 31-year-old man from Maricopa who is still hospitalized. Charges are pending against him once he is released from the hospital.