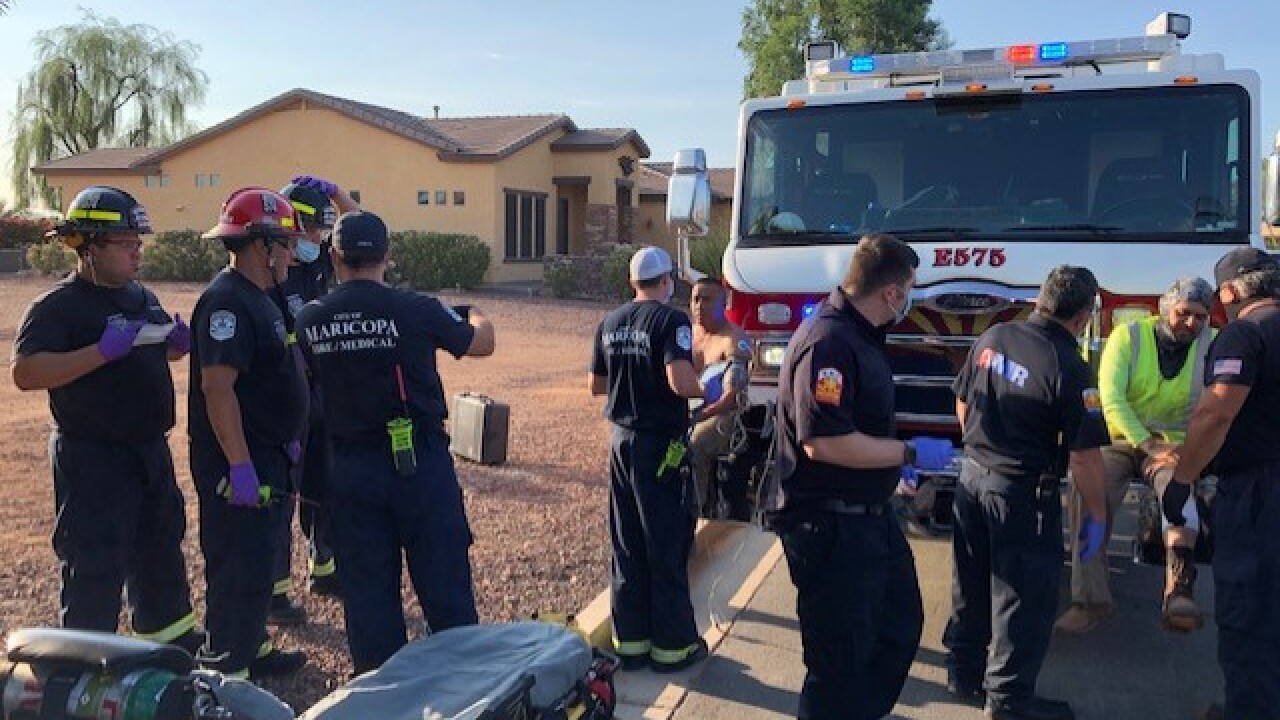 MARICOPA, AZ — Two construction workers were hurt in an explosion in Maricopa on Tuesday morning.

Maricopa Fire/Medical crews were dispatched to the incident near Smith Enke and Porter roads around 8 a.m.

Officials say two construction workers were injured and taken to the hospital for non-life-threatening injuries.

At this point, it's unclear what caused the explosion.

Emergency crews are working to determine if there is a continued hazard at the scene.