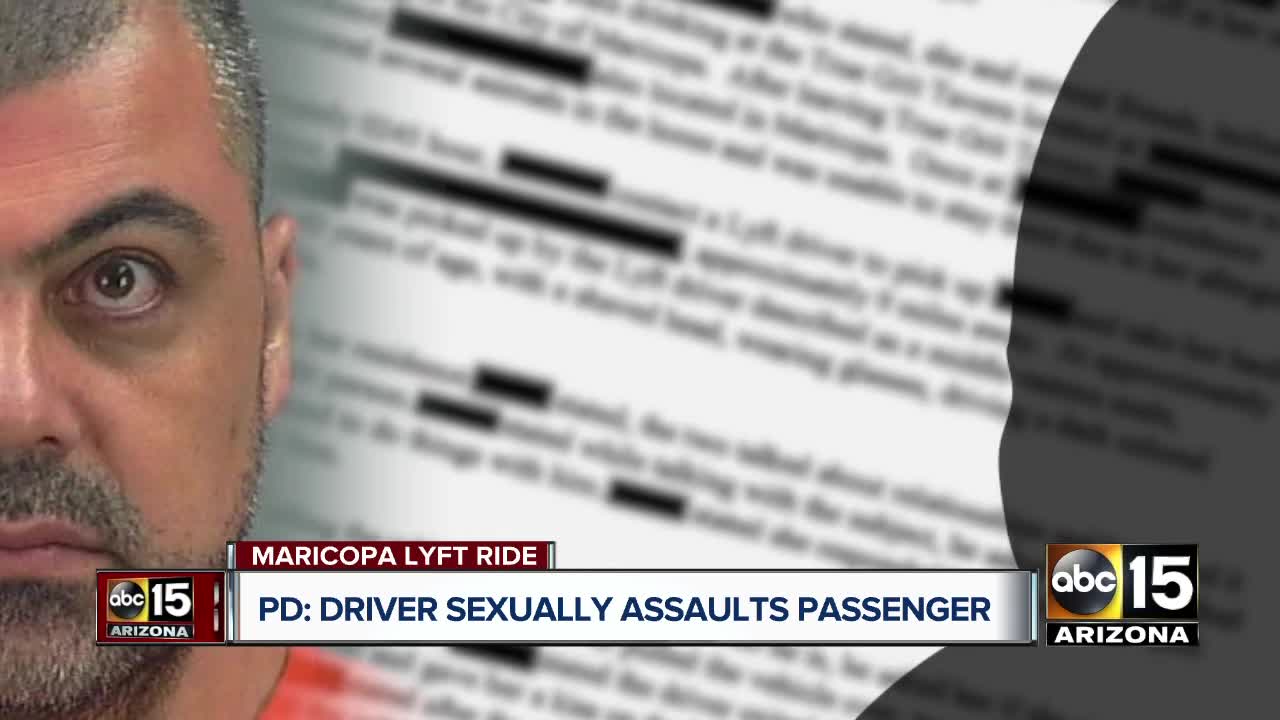 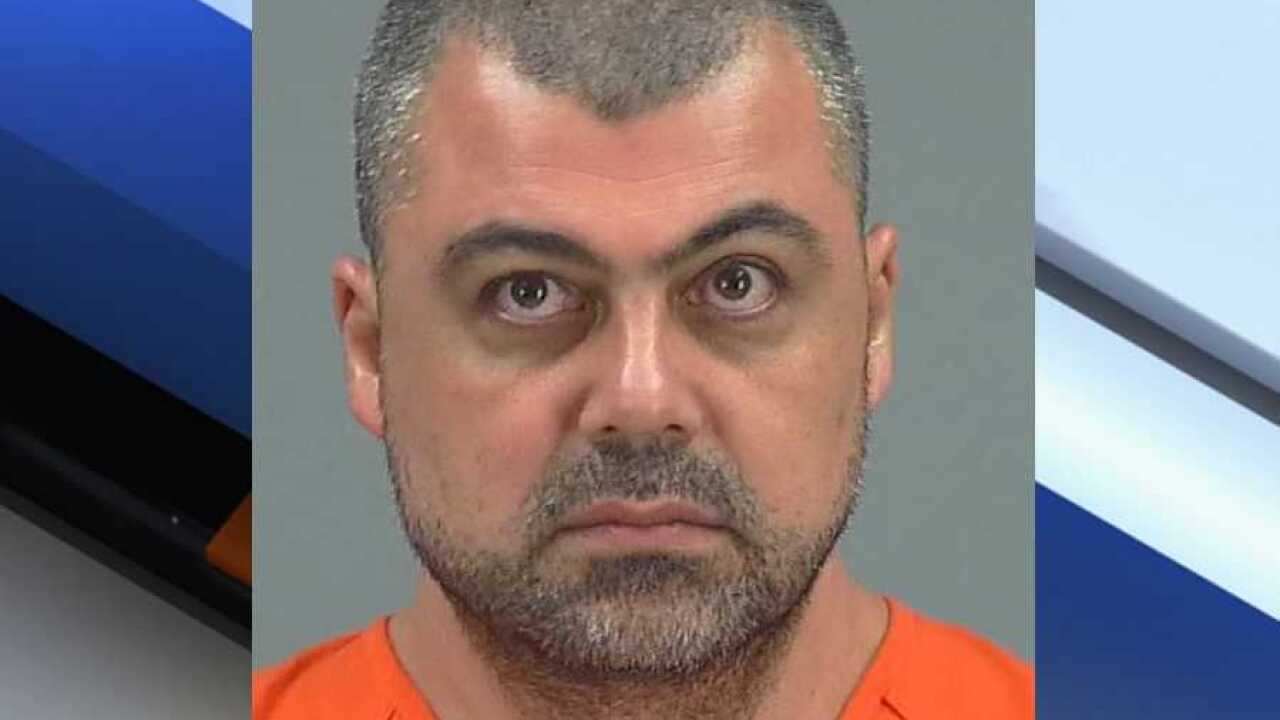 MARICOPA, AZ — A rideshare driver has been arrested and charged with sexually assaulting a passenger after dropping her off at her Maricopa home early Sunday morning.

The Maricopa Police Department says Rayan Jarjes picked the victim up at a friend's house around 3:15 a.m. to take her home, which was about nine miles away. The ride though, lasted thirty minutes and included two stops.

During the ride, police say Jarjes talked with the victim about how hard it was to find the right person for a relationship before pulling over at several points in the trip to sexually assault her.

The first time Jarjes stopped the car, the victim told police he "gave her a kiss and bit her lips." The second time she said "he placed her head on his lap..." and things got much more explicit, inappropriate, and criminal from there.

She told officers she fell asleep in between the two stops and "was awakened by the [driver] rubbing on her legs" before forcing more sexual contact.

The woman told officers she could not remember where the car stopped. She had been drinking at a local bar earlier in the night. She did make it clear to officers though, that she never consented to any physical contact and even resisted at time.

Police were contacted by a victim's friend shortly after she was dropped off at home. Officers stopped Jarjes' vehicle shortly thereafter and he was found with his zipper undone, according to a probable cause statement.

When interviewed by detectives, police say Jarjes admitted to sexually assaulting the victim. Officers wrote that he initially came up with excuses as to why he stopped multiple times during the trip, why he entered the backseat, why he had pictures of the victim on his phone, and why he ejaculated in the backseat.

"It makes a lot of people in the industry look bad," said Robert Gonzales, who has been driving with Lyft and Uber for three years.

Lyft drivers in the Valley told ABC15 they were angry to hear a passenger was allegedly sexually assaulted by a driver.

"That's why I drive: to get people safely to their destinations. And a lot of these drivers are taking advantage of people when they're unconscious," said Gonzales.

"Every weekend I have them pass out in here," said Gonzales, who said he never touches any passenger, but will turn up the music or call police to wake them up.

Other drivers say it is important for their passengers to have someone who always know your whereabouts, because you are getting in the car with a stranger, even though they go through a background check.

Passengers can share their trip now, so a friend or family can always know their GPS location.

"I track [my wife] on my phone. I know when the vehicle stops because I got it on GPS," said Estrella.

It is unknown if it would have changed what allegedly happened in Jarjes' vehicle Sunday.

In an emailed statement, Lyft told ABC15 that all drivers undergo a background check. They are currently investigating this alleged assault and working with Maricopa police.

"The allegations described are abhorrent," a company spokesperson said in a statement. "Safety is fundamental to Lyft and we have absolutely no tolerance for this behavior in our community. Upon learning of the incident, we permanently banned the driver and we are actively assisting law enforcement with their investigation."

In the end, police say Jarjes "admitted to several of the allegations." He is now facing years in prison, while his passenger is facing years of recovery.

"She's going to have to live with that for the rest of her life," said Gonzales.

Jarjes has been charged with kidnapping, sexual assault and sexual abuse. A judge set his bond at $100,000 and he remained at the Pinal County Jail as of Wednesday afternoon.