Lightning-caused wildfires burning near the Valley after storms 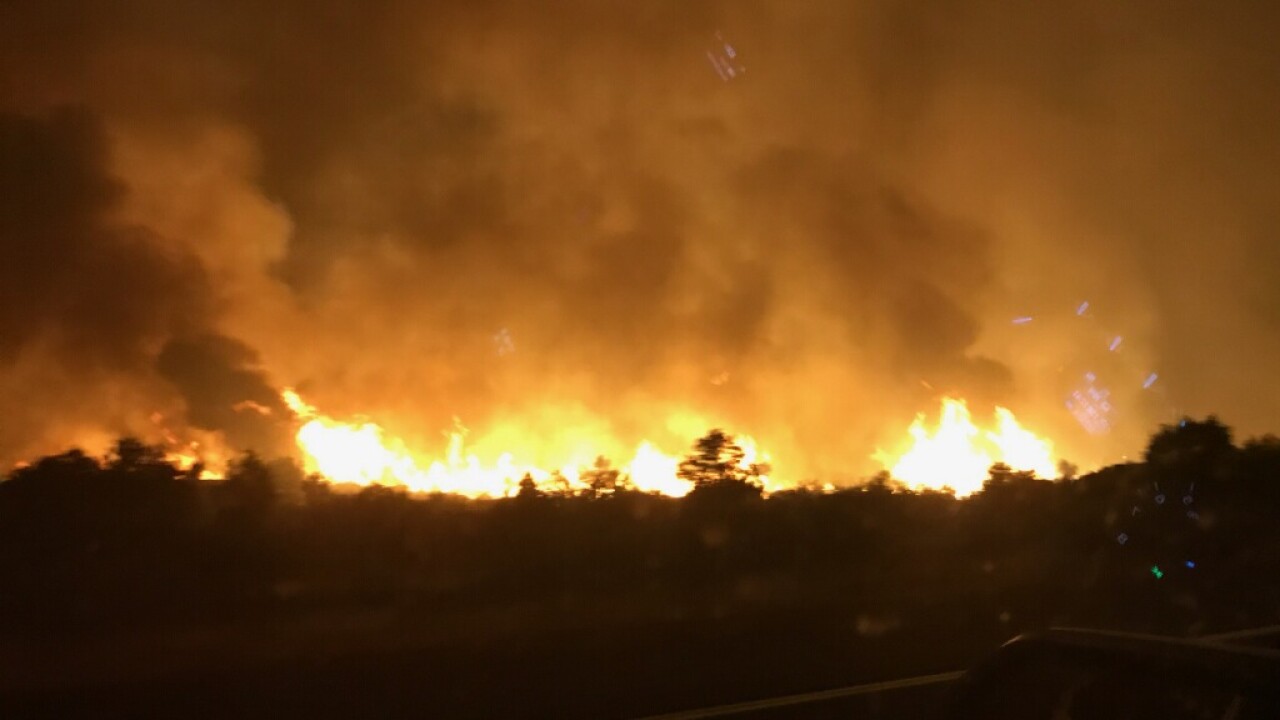 Multiple lightning-caused brush fires are burning near the Valley following a series of monsoon storms this week.

Crews are fighting one blaze, named the Salt Fire, that is burning on the north side of Highway 188, a couple of miles east of the 188/288 junction.

SRP officials say the fire is threatening power lines that bring energy to the Valley and they are asking customers to reduce their electricity use from 3-9 p.m.

Smoke from the Salt Fire burning near Roosevelt Lake is threatening power lines that bring energy to the Valley. To ensure there is enough power, we are asking our customers to reduce their electricity use from 3-9 p.m. https://t.co/6YFVLzDcqJ

Some road closures are in place due to firefighting efforts.

Officials say it is burning in the Rolls OHV area, northeast of the Butcher Jones Recreation Area.

As of Wednesday morning, it's estimated to be about 1,200 acres in size with no containment.

No evacuations have been put in place, but there are some road restrictions, including along Bush Highway to Saguaro Lake. The lake will remain open, officials say.

Other smaller fire reports have been made in the Tonto National Forest area. Forest Service officials say "firefighters are working to suppress these fires as quickly and safely as possible."

Fire restrictions are in effect.