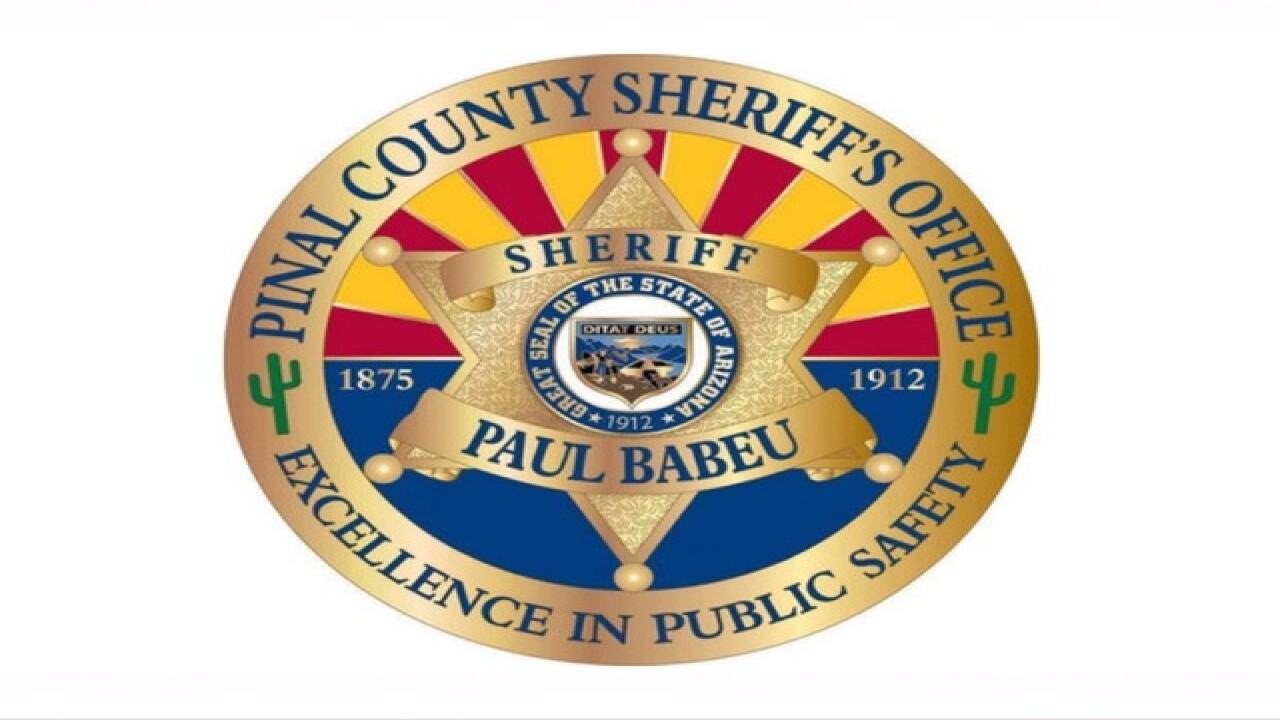 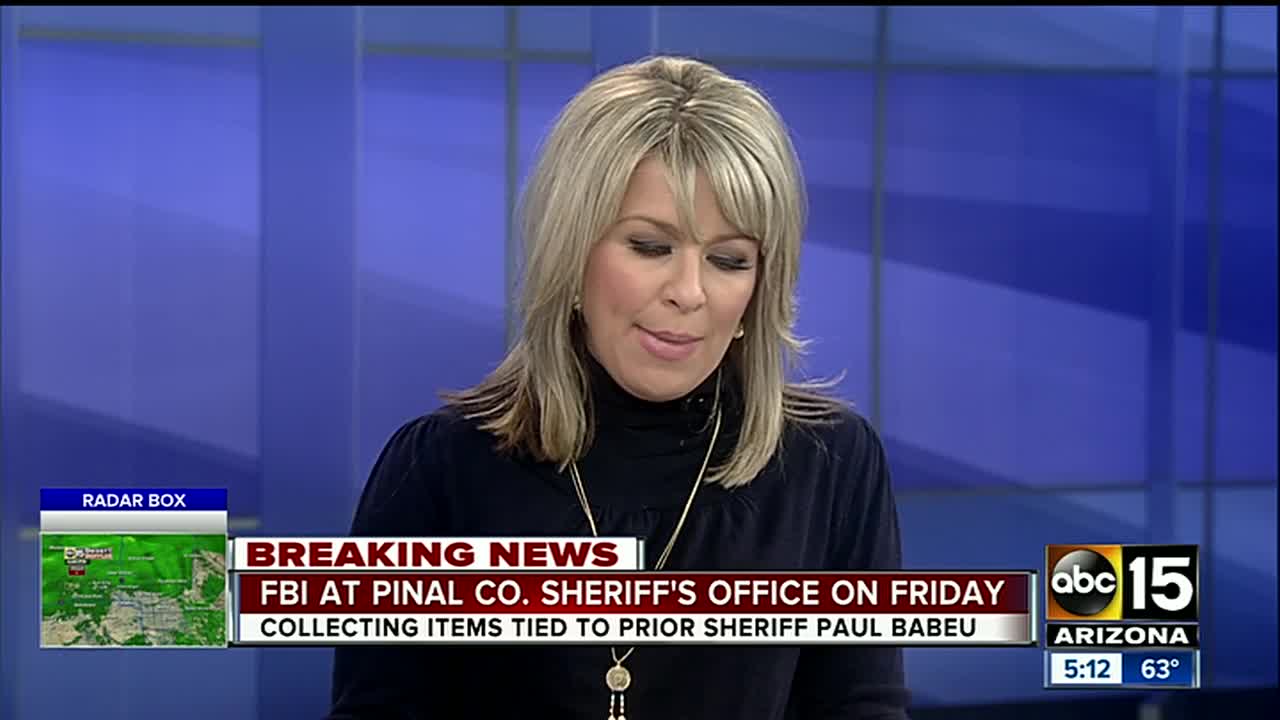 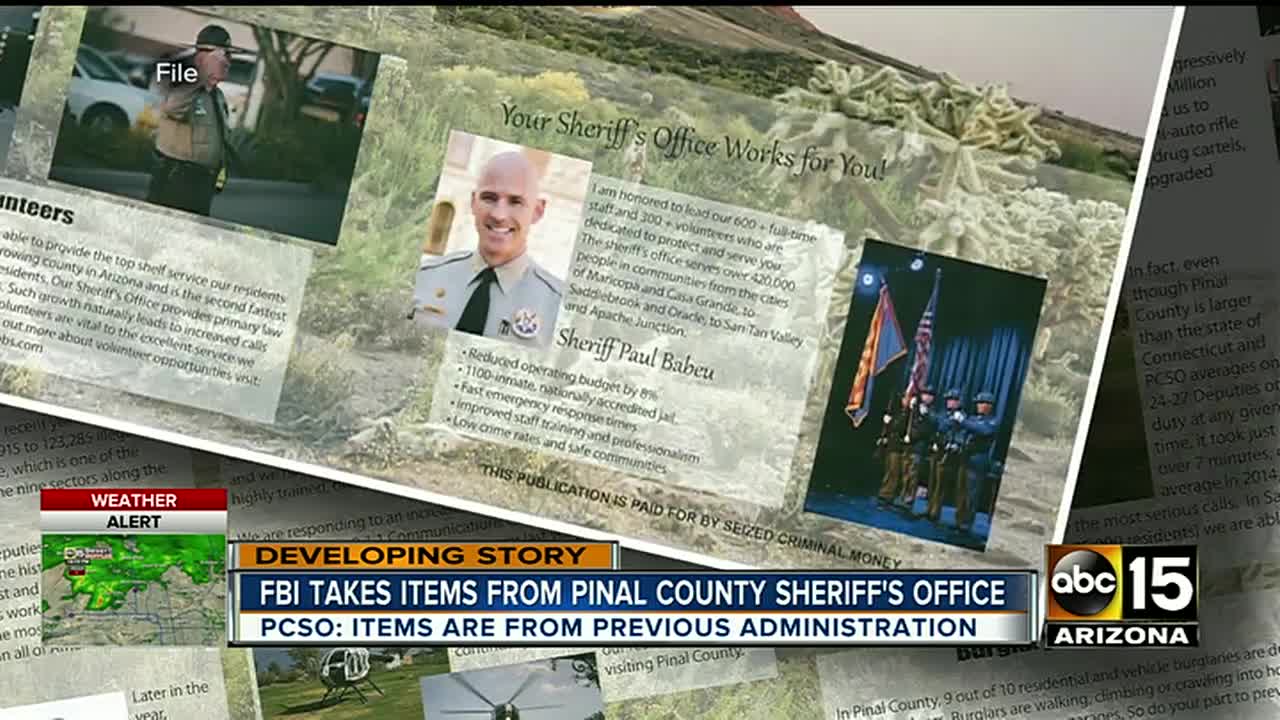 The Pinal County Sheriff's Office said the Federal Bureau of Investigation visited the office on Friday and collected items that belonged to Babeu and his staff. It is not clear which items are being reviewed by FBI agents, and PCSO said they are not involved in the investigation in any way.

Sources, which must remain anonymous because of the sensitivity of the information, tell us that this is possibly connected to a current  federal investigation of the sheriff's office  for its handling of RICO funds. As part of that case, agents were  scrutinizing hundreds of thousands of dollars  in seized criminal money that was directed to a non-profit run by some PCSO employees.

When reached Monday evening, an FBI spokesperson declined to comment.

The FBI has been investigating Pinal County's RICO practices since at least early last year. ABC15 also confirmed that agents issued a subpoena for records in September.

RICO seizures and spending by Sheriff Babeu, the Pinal County Sheriff’s Office and county attorney’s office have been heavily criticized by several watchdog groups during the past year.

The Arizona Public Safety Foundation was once run out of the sheriff’s office. It has received hundreds of thousands of dollars from PCSO in recent years.

In February, the Goldwater Institute, a conservative Arizona watchdog group, echoed concerns over Pinal County’s RICO spending and requested files from the sheriff and county attorney.

In a February interview with ABC15, Goldwater attorney Jared Blanchard said they decided to look at Pinal County after questions were raised about funds being used to promote Babeu in a way that could benefit his congressional campaign.

In March, ABC15 spoke with multiple people who said FBI agents were interviewing people related to RICO funds given to the Arizona Public Safety Foundation.