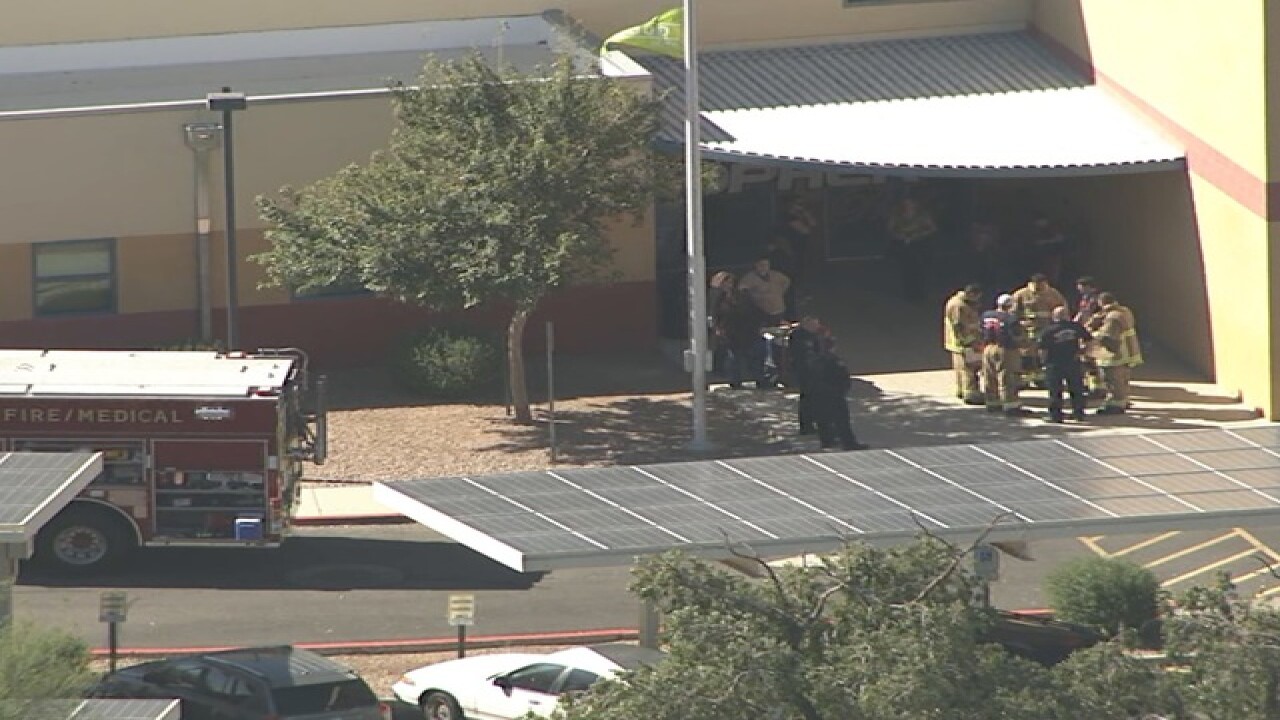 Fire officials say eight Florence students have been treated after being exposed to tear gas that blew into the air near their school late Wednesday morning.

According to the Florence Fire Department, the Arizona Department of Corrections was conducting training with a chemical normally used for inmate compliance. The weather caused the chemical to reach the children, who were at Florence K-8 near Pinal Parkway and Butte, causing throat and eye irritation.

According to a release from the Florence Unified School District, the school was immediately put on a "rainy day" schedule so no additional students would go outside as Fire Department personnel responded to assist.

Fire officials initially reported that more than three dozen children had been affected, but district administrators later said only six were being treated for watery eyes and nausea.

DOC authorities say they "are taking action" to avoid this happening in the future, and are continuing to investigate the incident.

"This is the first incident of its kind in our history and we will work together with them to ensure it never happens again," FUSD Superintendent Dr. Amy Fuller said in a Wednesday statement.