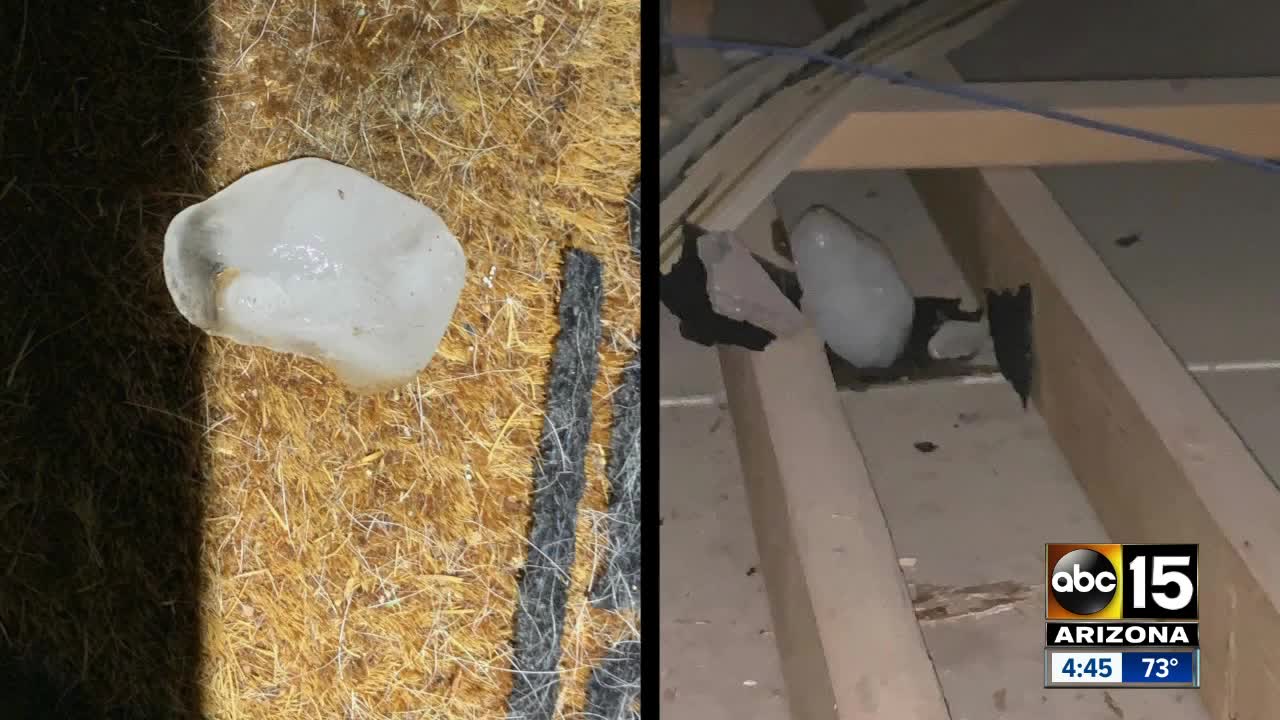 A family in San Tan Valley is upset after they say their home was damaged by blue ice falling from a plane.

SAN TAN VALLEY, AZ — The FAA believes ice which fell from the sky and caused significant damage to a San Tan Valley home was from the galley of passenger jet passing overhead.

The incident occurred earlier this month. The impact from the ice ball ripped a hole through the roof of Courtney and Richard Sullinger's home.

"We were completely lucky in the sense," Richard Sullenger said in an interview on April 12. "If it hit inside the house it could have hurt the animals and destroyed a lot more stuff."

The FAA says it researched all the flights during a three-and-a-half hour window the Sullingers provided. There were dozens of flights during that time from both Sky Harbor and Mesa Gateway, so tracking down the actual aircraft will be difficult.

The FAA says it continues to look into the event.