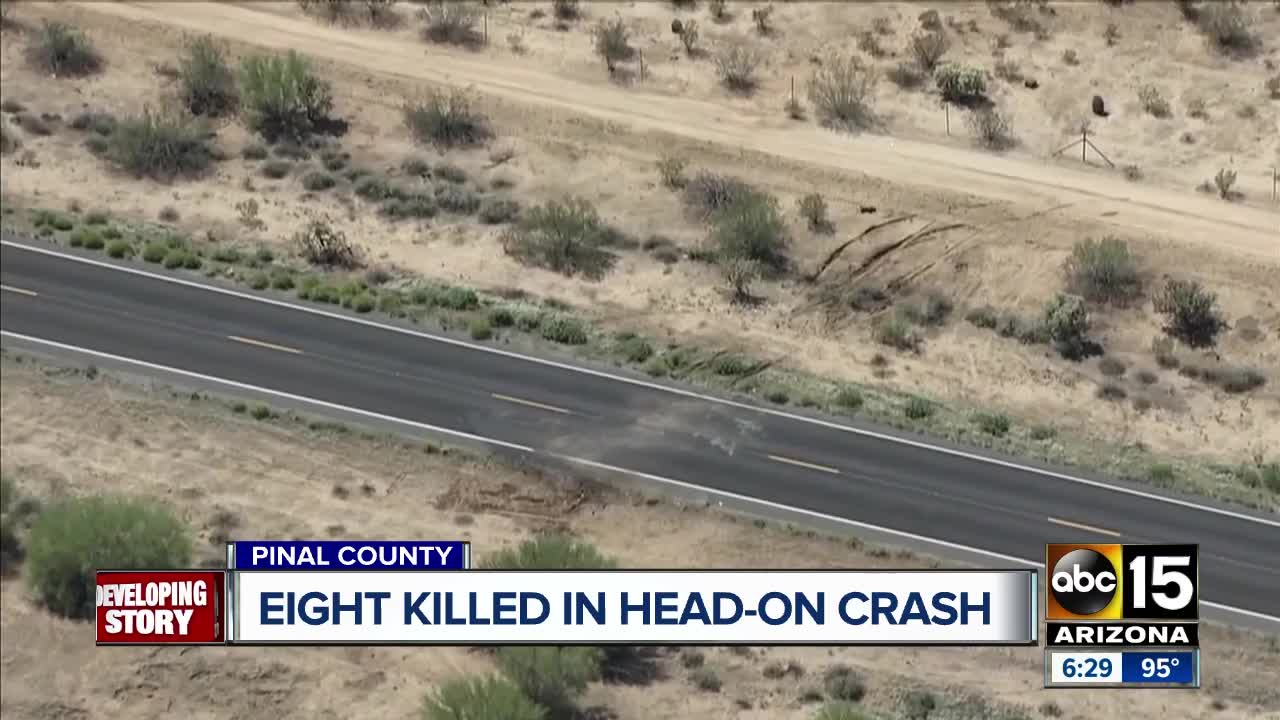 A Chevy Suburban with nine people inside was reportedly headed northbound when it was struck by a Buick passenger car headed southbound. Officials don't yet know what caused the Buick to cross the center line. 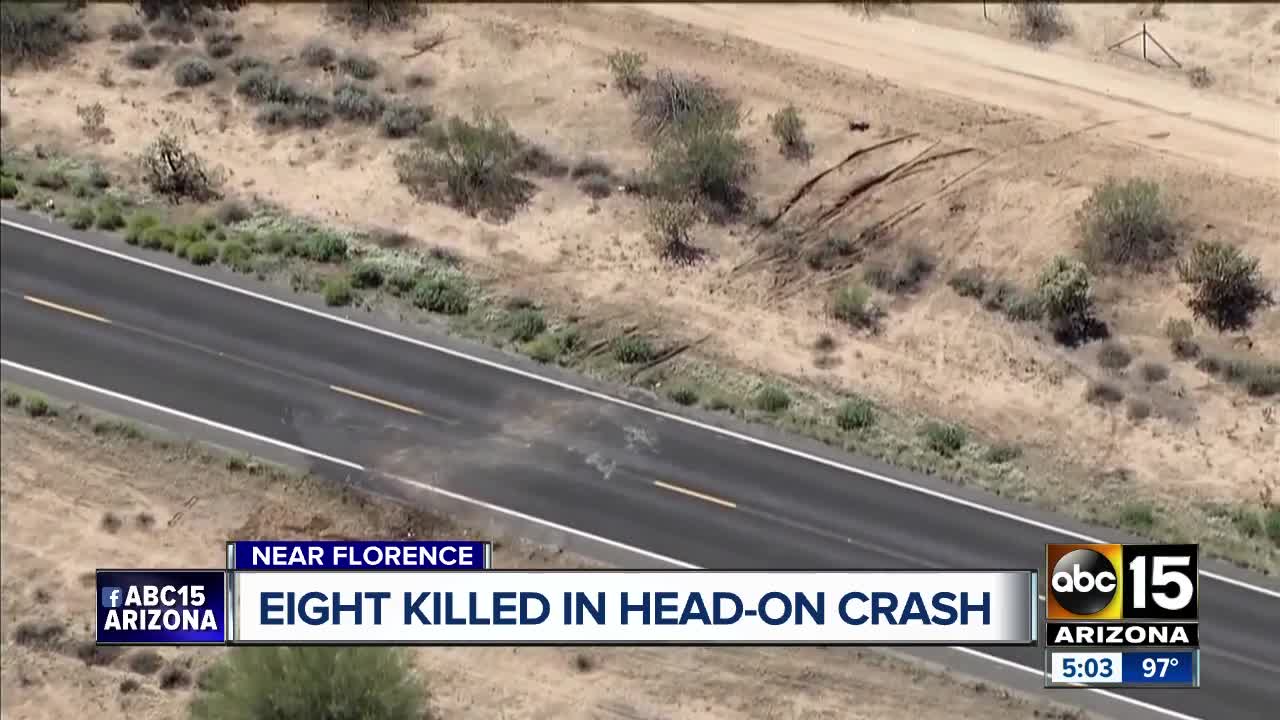 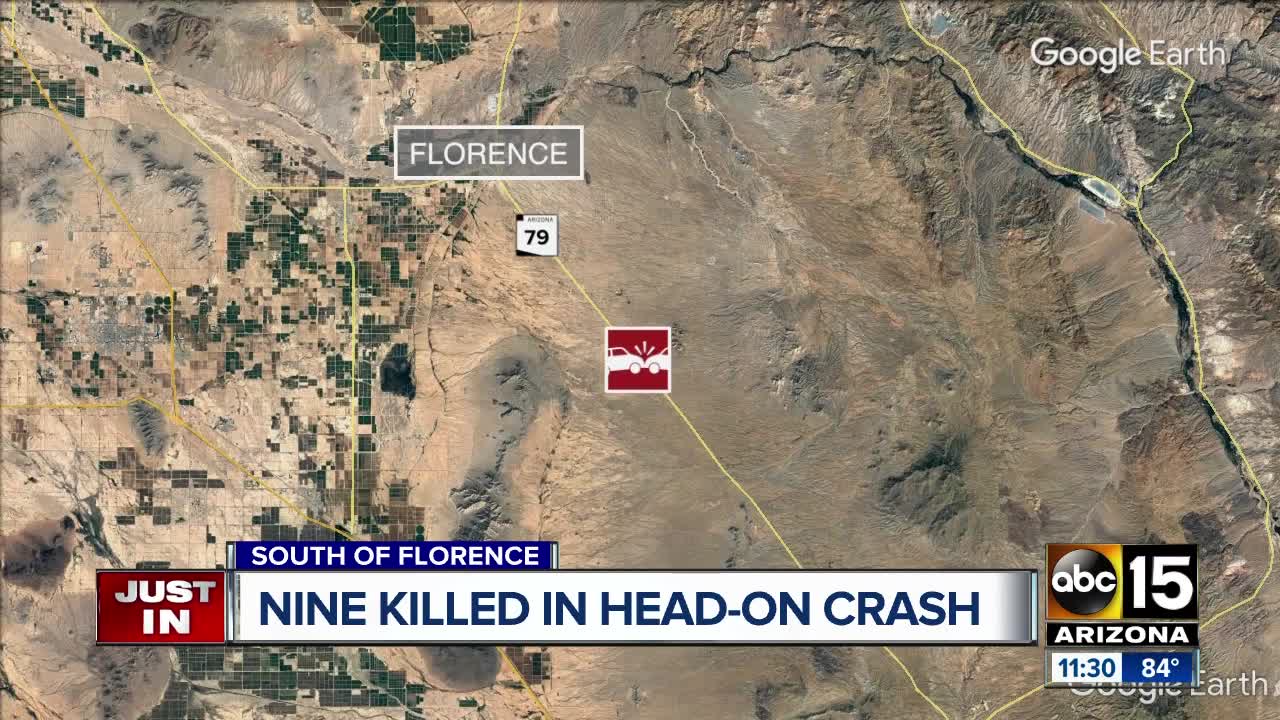 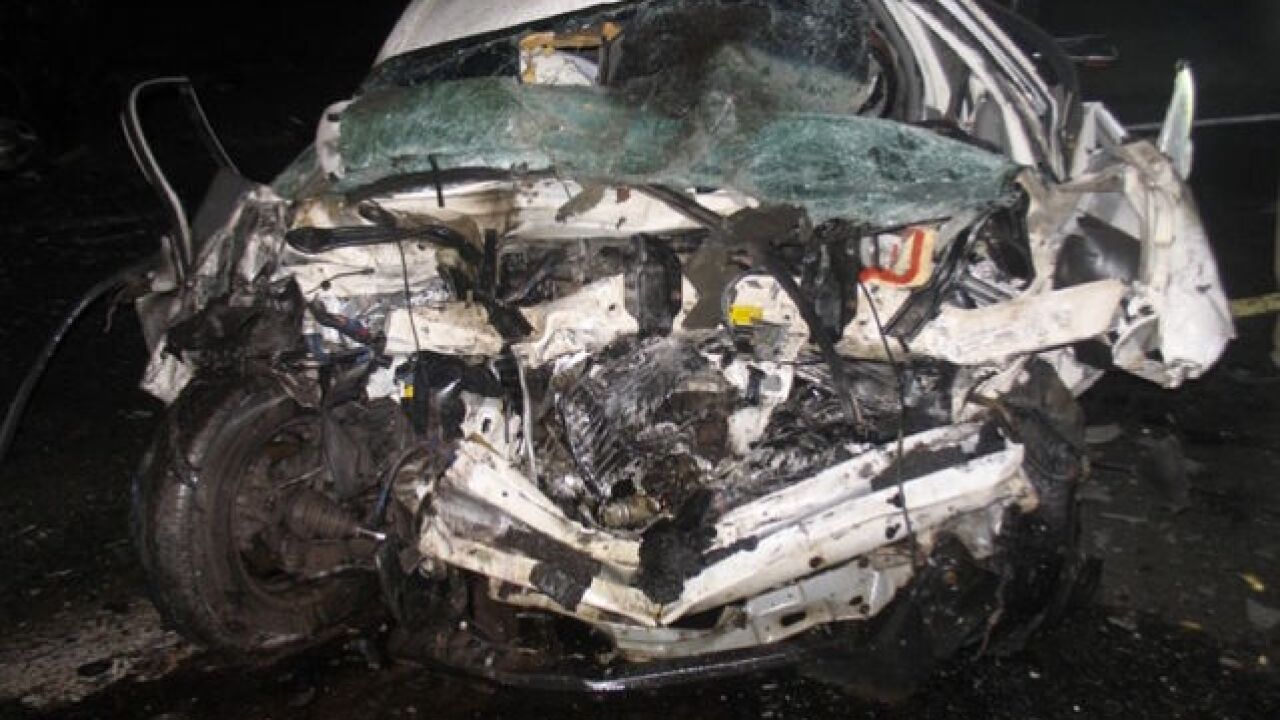 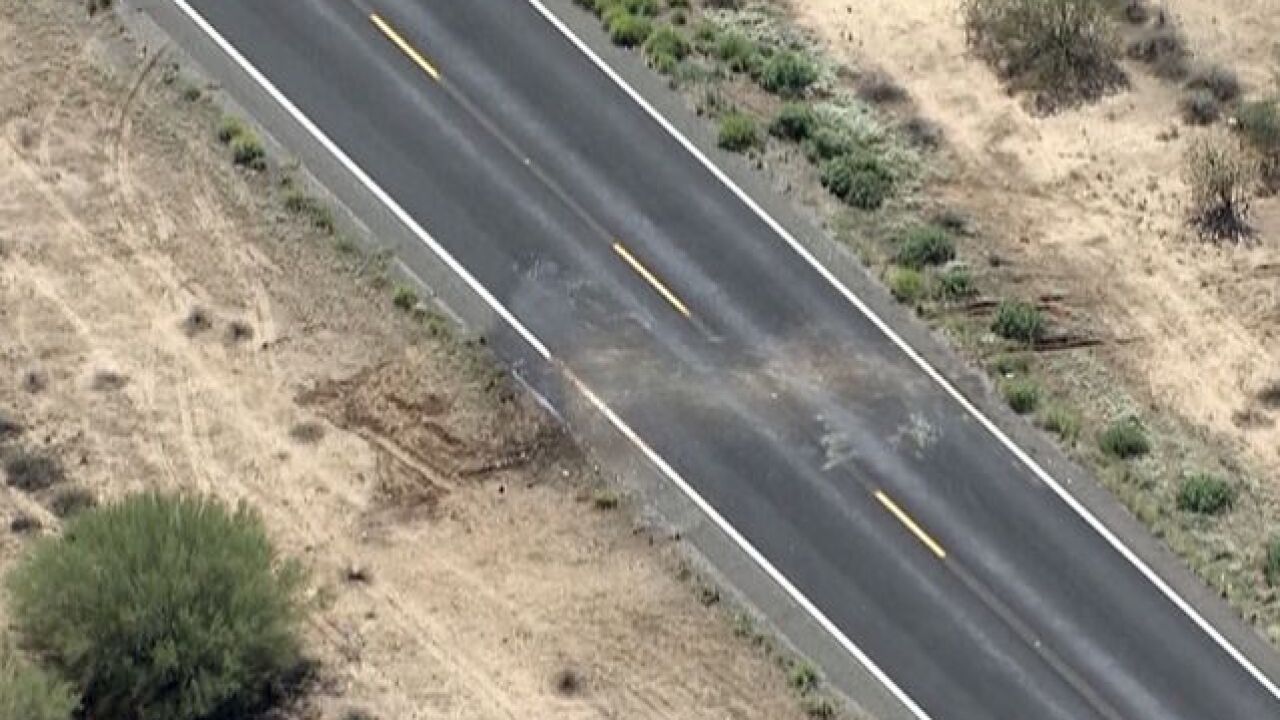 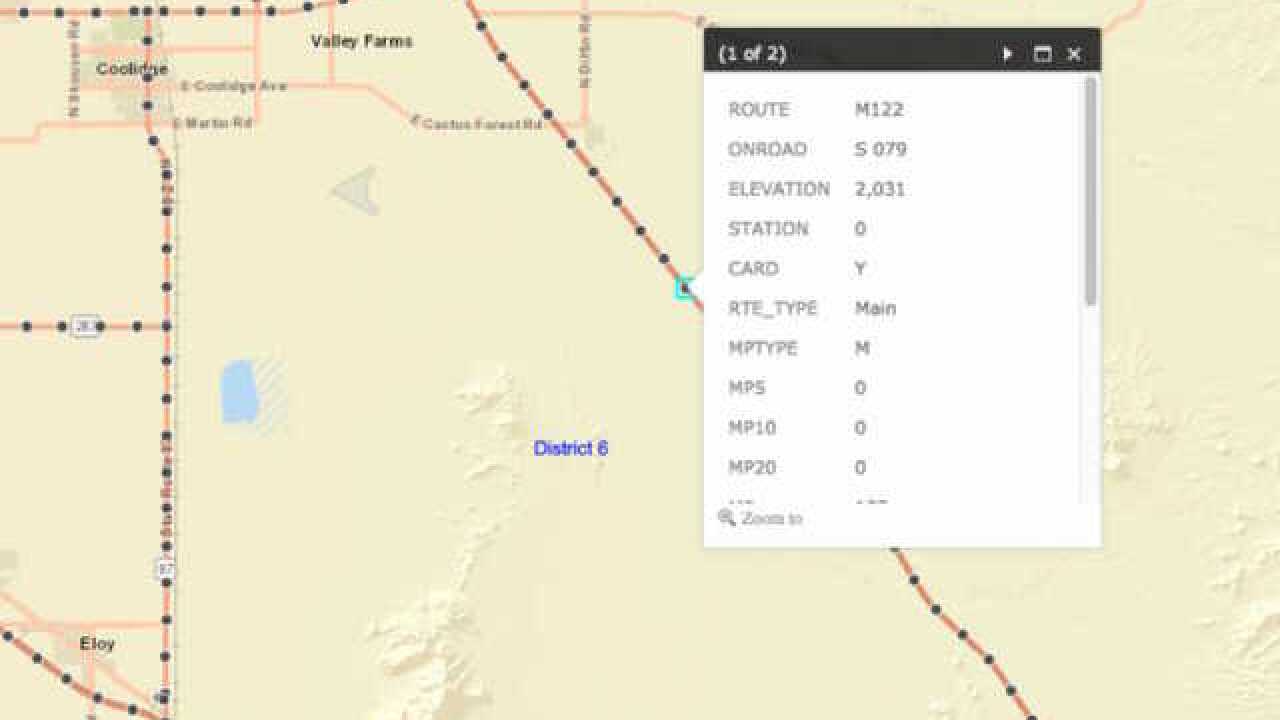 Eight people were killed in a head-on crash near Florence on Wednesday night.

According to the Arizona Department of Public Safety, two vehicles were involved in the two-car crash around 10 p.m. Wednesday along SR-79, south of Florence.

A Chevy Suburban with nine people inside was reportedly headed northbound when it was struck by a Buick passenger car headed southbound. Officials don't yet know what caused the Buick to cross the center line.

The driver and front passenger of the Buick were also killed in the crash.

The individuals who died in the Buick have been identified as 41-year-old Angel Meza from Eloy and 33-year-old Nicole Vidal from Eloy.

The driver and front-seat passenger of the Suburban were U.S. citizens, however, the other seven occupants are Guatemalan nationals. The Department of Homeland Security is working to identify and notify next-of-kin.

"You know, at first glance, it appears that it could be, but that’s not something for us to determine. We’re not the agency to determine if it was a smuggling attempt. We’re focused on the facts of the actual collision and what happened," said Trooper Kameron Lee, a public information officer with the Arizona Department of Public Safety.

According to the Associated Press, court records show Rodney and Kathleen Palimo had been previously convicted of immigrant smuggling charges. Rodney Palimo pleaded guilty in March 2008 to a misdemeanor count of aiding and abetting an alien. Kathleen Palimo in 2004 pleaded guilty to a felony count of transportation of illegal aliens.

Both directions of SR-79 were shut down for several hours after the crash and reopened around 4 a.m. Thursday.

Editor's note: The Arizona Department of Public Safety originally reported nine deaths were involved in this crash, but have since updated their count to eight deaths and three individuals injured.

Highway Fatlities
Infogram
Copyright 2017 Scripps Media, Inc. All rights reserved. This material may not be published, broadcast, rewritten, or redistributed.