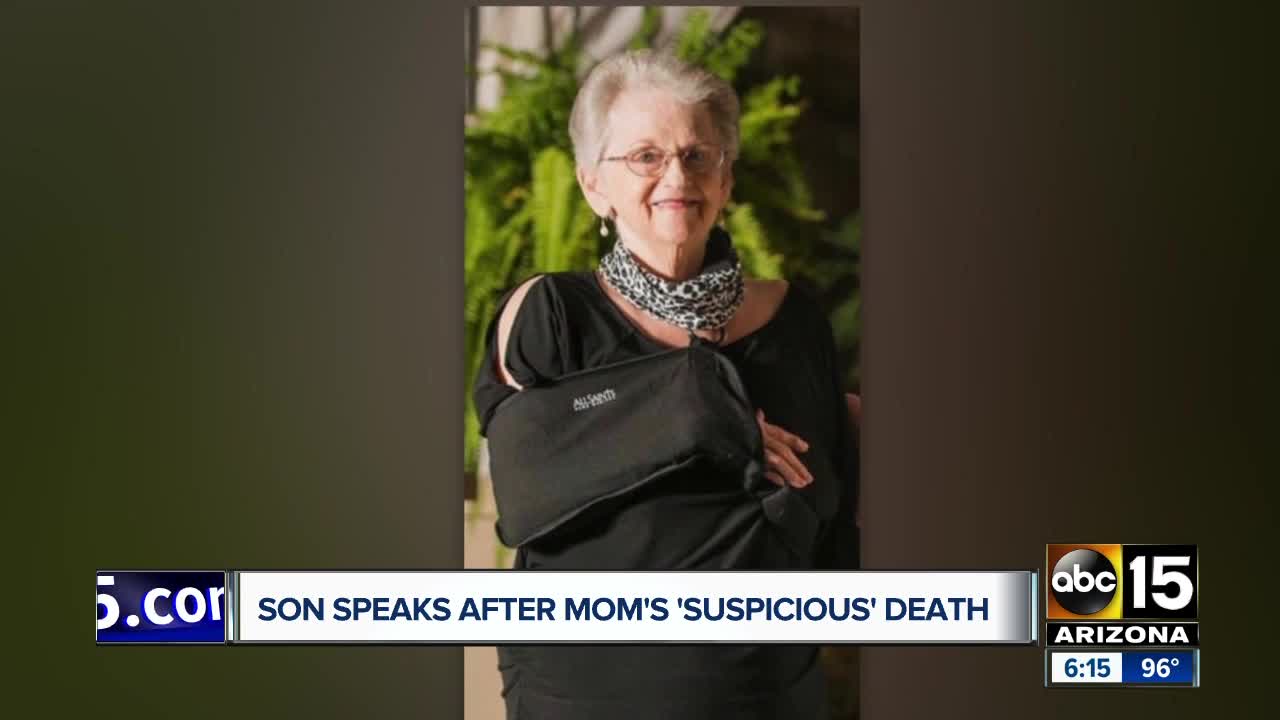 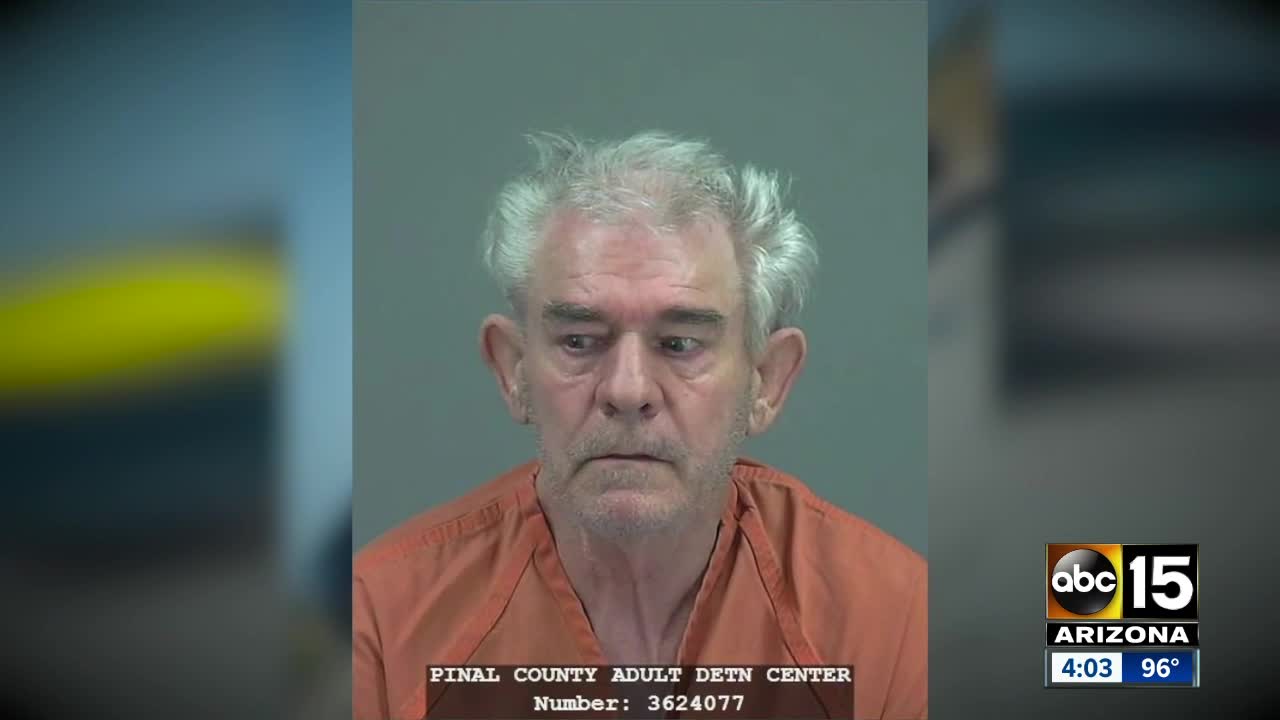 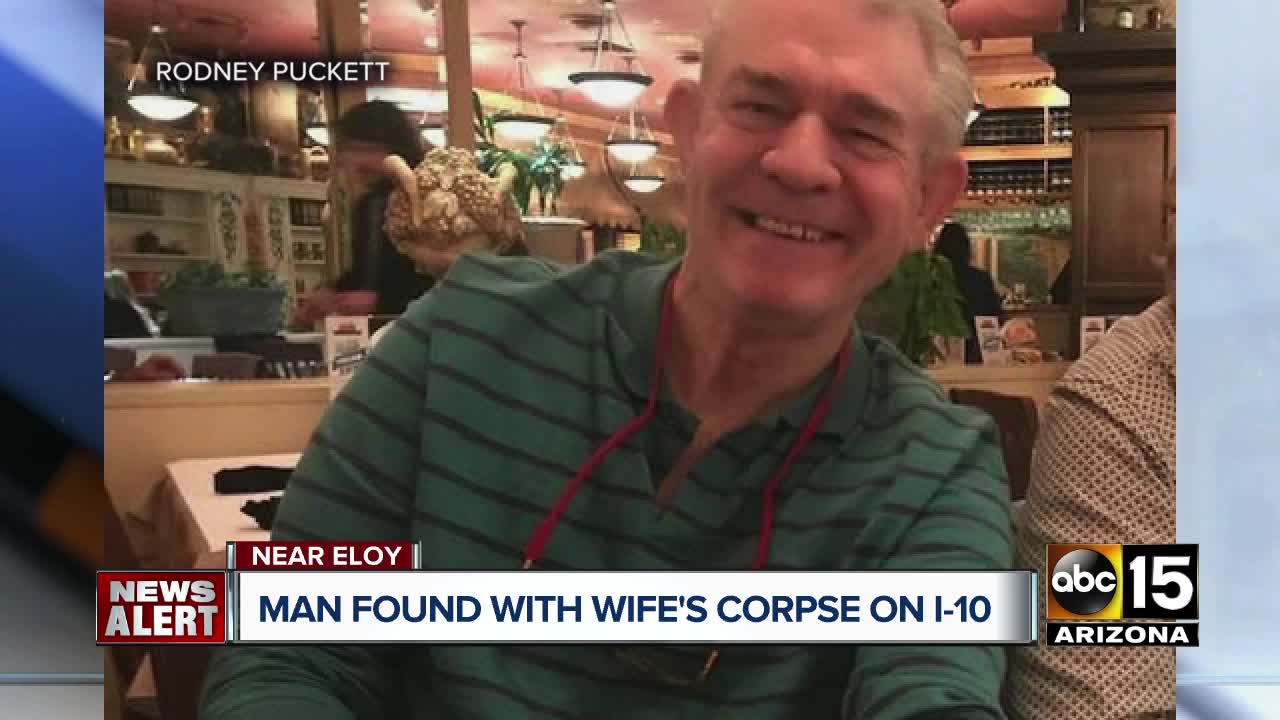 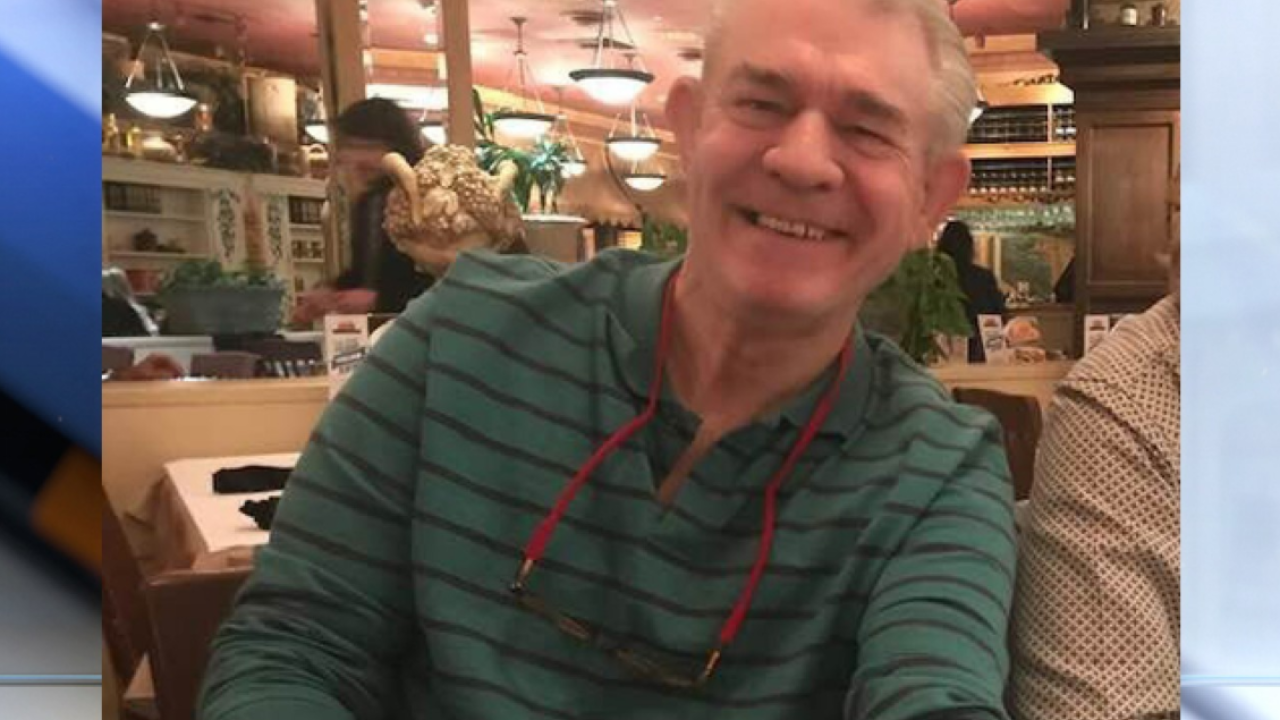 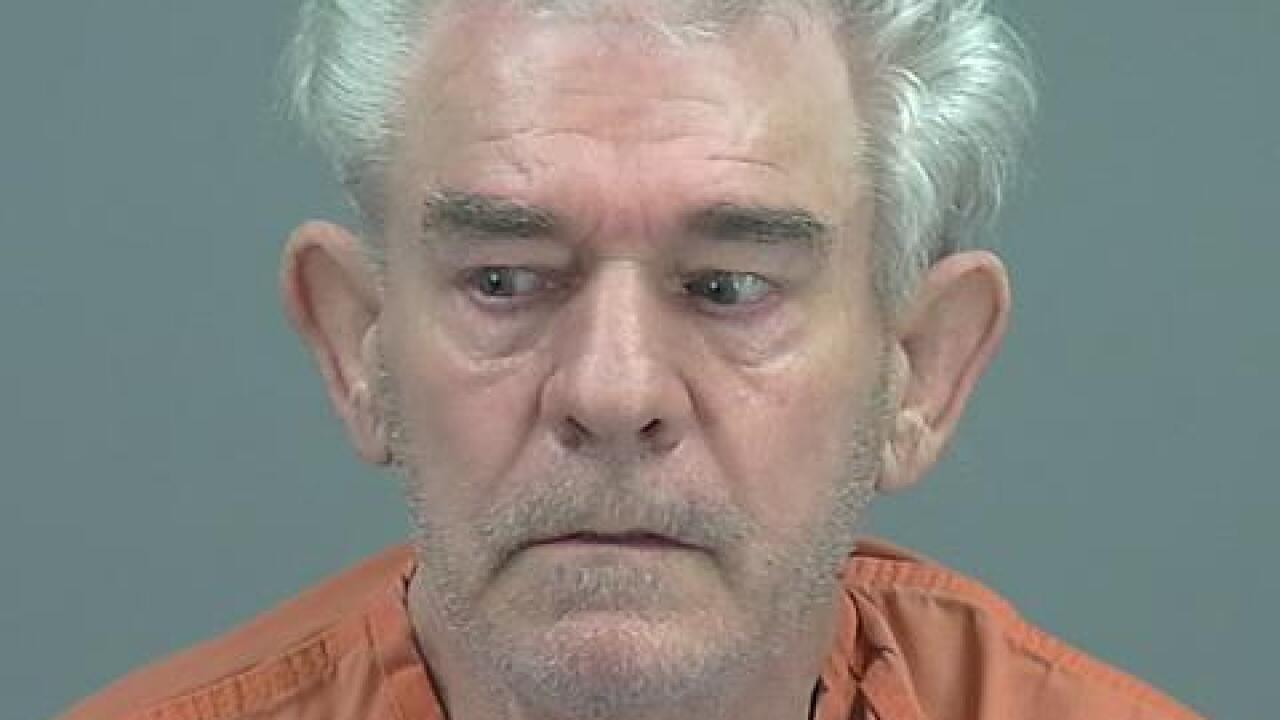 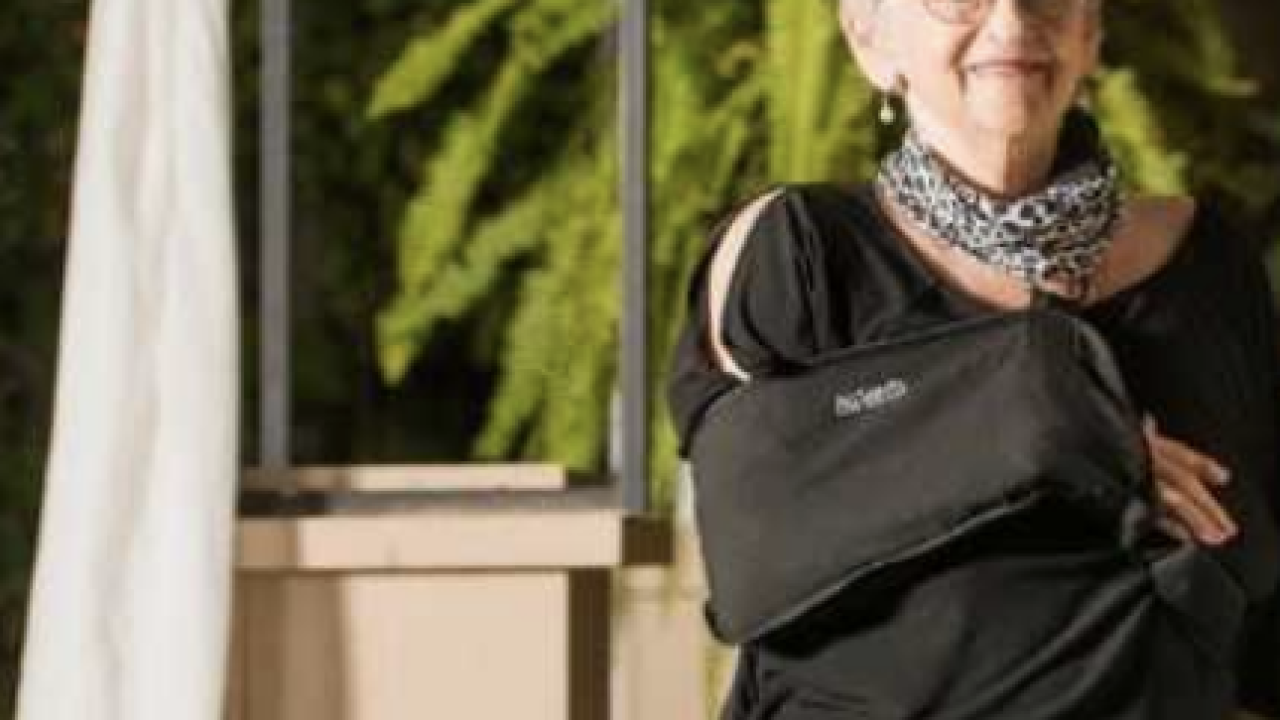 ELOY, AZ — A 70-year-old Oklahoma man is behind bars after an Eloy police officer found a dead body in his car during a traffic stop.

Authorities say an officer stopped Rodney Puckett in the area of Toltec Road along Interstate 10 on Monday. While the officer was talking to Puckett, he noticed the body of a dead woman in the passenger seat.

Officials say they were tipped off to the situation after a fast food employee called police, saying a man and woman were naked in the car.

"I so happened to look on the passenger side and that's when I seen he had the lady in there, she was like completely naked," said employee Maria Davis. "The way she was face down, like laying down, and then I seen the color of her feet were like purple."

Davis told ABC15 she tried to stall the man so she could seek help. "He was like normal, like really normal about it," Davis said. "He was calm, he ordered his food."

Police pulled over Rodney's vehicle a short distance from the restaurant. Rodney was reportedly only wearing underwear when police pulled him over.

Police say the woman was identified as Rodney’s wife, 74-year-old Linda Puckett. Rodney told investigators Linda died at a hotel in El Paso, Texas, during the couple’s road trip. He said he moved her body into the car and continued towards their destination in California.

The couple, who married in 2011, were divorcing. Linda was issued a protective order from her husband on Feb. 6 and it was continued Monday, records show. Linda filed for divorce on Feb. 8. Rodney also had an order of protection against Puckett, according to a probable cause statement by Eloy police.

Linda's son, Chris, isn't related to her husband but shared memories of his mom on Wednesday. "She was just a very loving mother," said Chris Fields.

Fields wonders what happened to his mom and says he did not have much of a relationship with Rodney. He described his mother's marriage to him as "toxic."

"Death is part of living unfortunately, I'm OK with that," he said. "I would like to think she just died in her sleep."

Fields told ABC15 he is troubled by how his mother's body was found. According to Eloy police, her head was on the floorboard of the vehicle and her legs towards the headrest.

"The biggest problem I've got with the whole ordeal is the way he treated her body after she had passed," he said.

As authorities investigate the death, Fields wants people to remember his mom as a caring woman.

"That's the way I want them to remember her is a little bit of a chubby, round-faced grandma that was always baking something for one of the kids [and] grandkids," he said.

"He tried to wake her, couldn't wake her up, he loaded her onto a luggage cart and proceeded to place her in his vehicle," Sgt. Barnette said.

Linda’s body was turned over to the Pinal County Medical Examiner to determine cause of death, police said. Medical examiners say there are signs of blunt force trauma to the woman's body, but her cause of death is still pending.

The Pinal County Medical Examiner's Office confirmed to ABC15 Linda Puckett's body had some signs of blunt force trauma, but they have not yet determined how she died and are awaiting toxicology results.

Rodney was booked into Pinal County Jail for abandonment or concealment of a body.

Police say the investigation is ongoing and additional charges may be filed later.