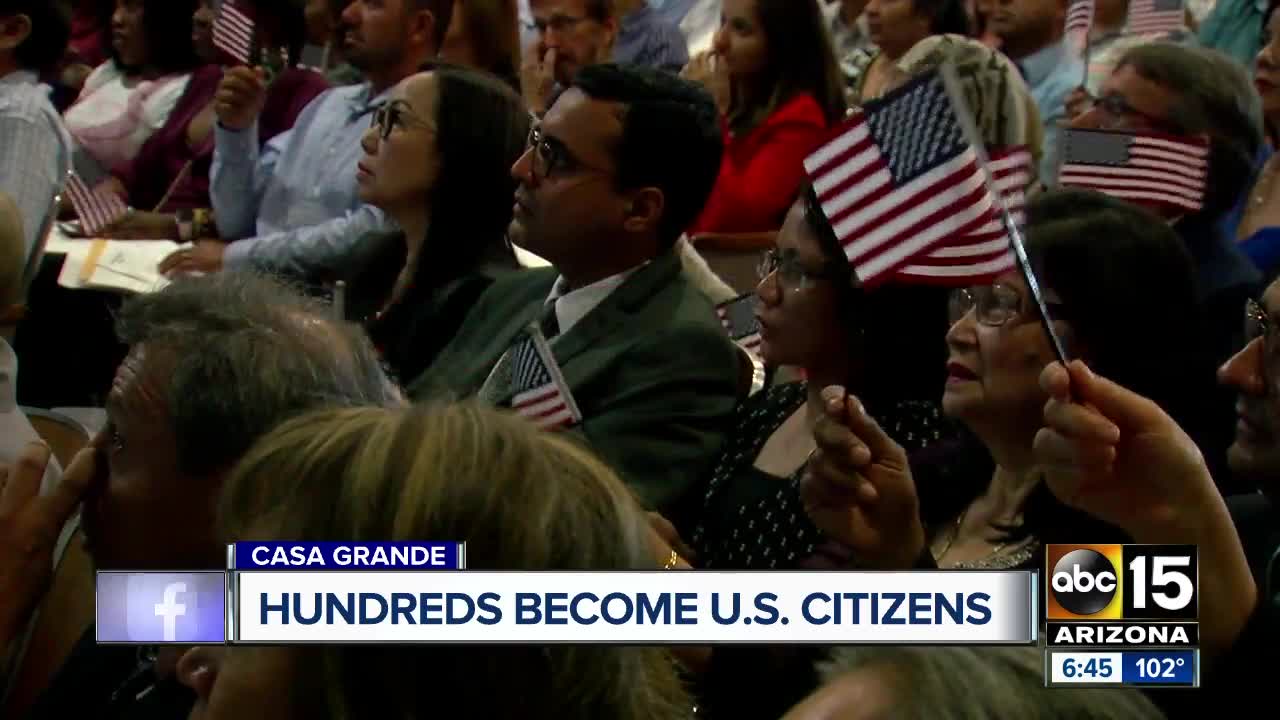 "Today you join more than 20 million current U.S. citizens who were born in other countries and chose to make the USA their home,” said Judge Maria S. Davila, as she officiated the ceremony.

During her welcoming remarks to the crowd, Davila reminisced on her upbringing and her heritage, being a daughter of an immigrant and welcoming new immigrants to America.

“I’m really humbled and honored to part of this proceeding,” she said during the ceremony.

One of those new citizens was Eugene Logan from Jamaica.

“I encouraged him to become a U.S. citizen and so now he’s like I’m so glad that you did this. I’m so excited that we are here,” said Ashley Logan, Eugene's wife. He stood at the very front of the auditorium with a cane in hand. He suffered a stroke two years ago.

“Yes it is, I feel like this is a second chance at life," said Eugene, when we asked him about his treatment and care here in the United States.

Eugene’s wife Ashley said her mother-in-law wasn’t able to be here today...but shared how fortunate he is to be in America.

“She just cried because she said had the same situation happen in Jamaica there would be no way he would’ve made it based off of the resources we have in the US," Eugene's wife, Ashley, said.

After taking their oath, the judge asked for three things of each new citizen: vote, serve on a jury, and give back to your community.

For those born in the US, the ceremony provided some new perspective of what privileges they were born with.

“I’ve been here 36 years and I don’t know half of the things (the new citizens) studied. They put a lot of work to get where they are,” said Ashley.