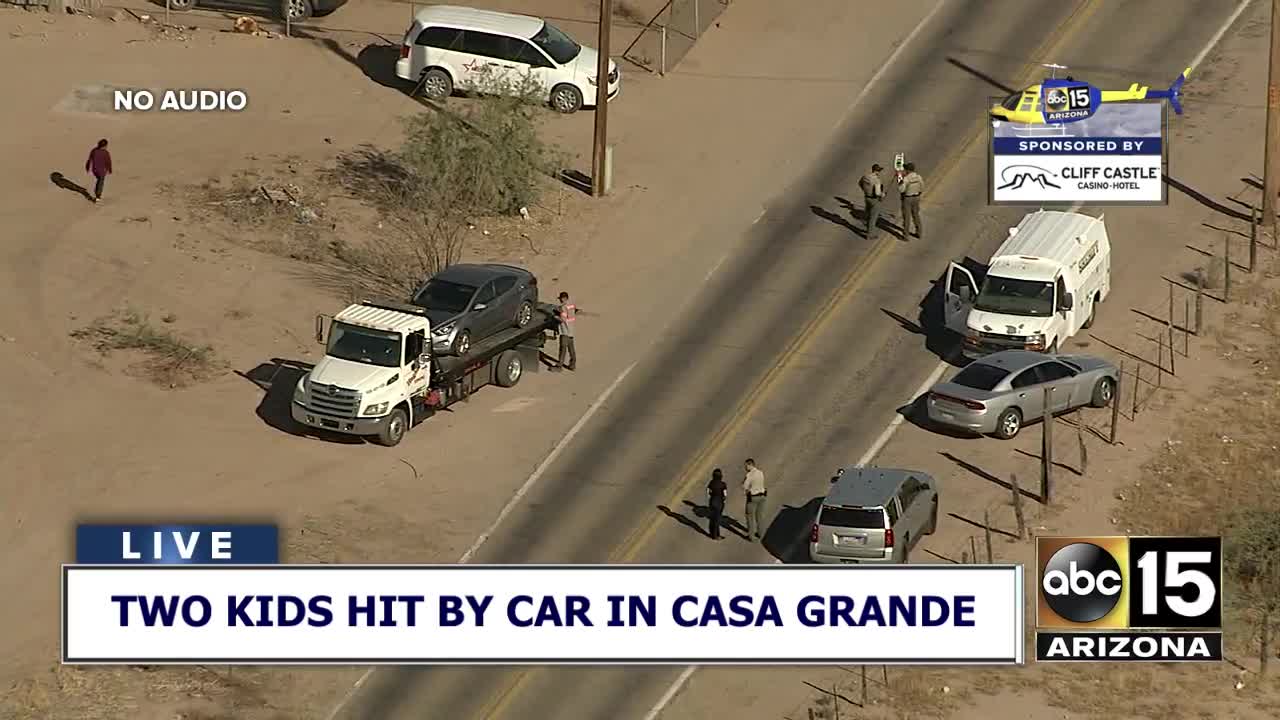 Two kids were hit by a car in Casa Grande. 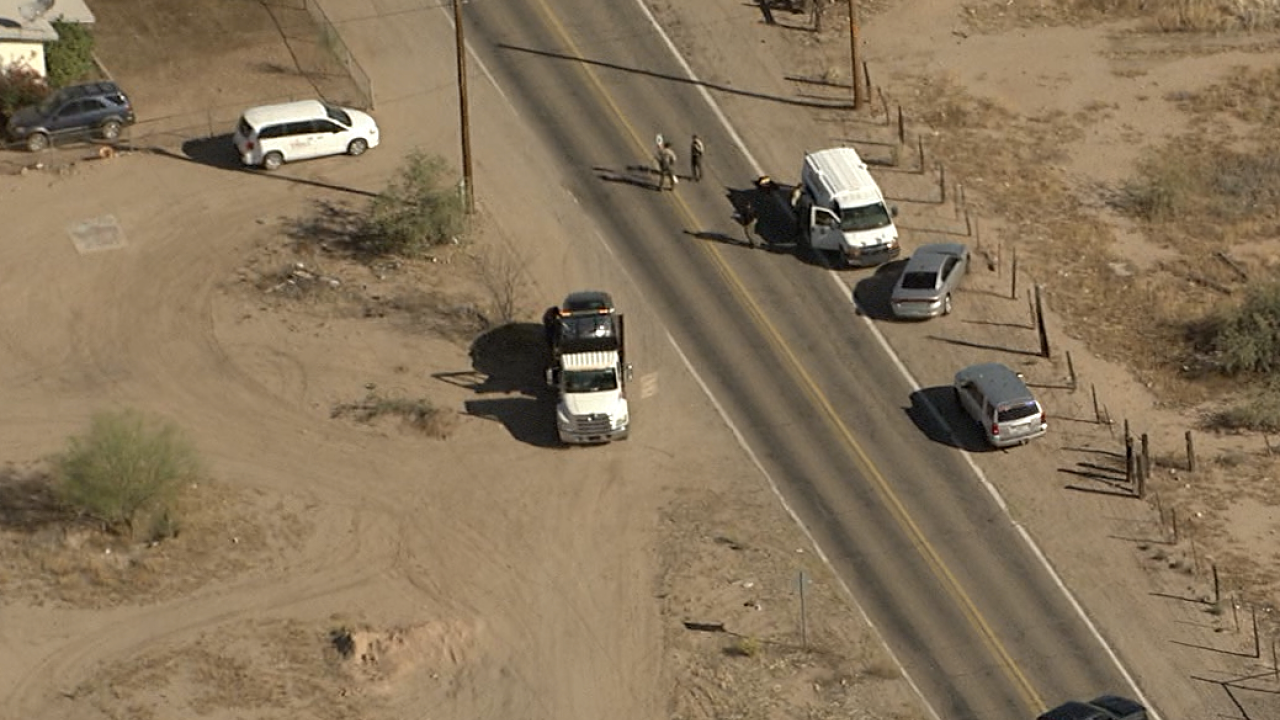 According to Pinal County Sheriff’s Office, the children were struck by a car near Arizola Road and Jimmie Kerr Boulevard around 7 a.m.

Witnesses say a friend yelled that the bus was coming so the girls ran into the roadway without yielding to traffic. They were immediately struck by a small sedan driven by a 19-year-old woman who was taking her brother to school at the time.

Both victims, 6- and 7-year-old siblings, were flown to Phoenix Children’s hospital for treatment. The 6-year-old victim is in critical condition, while the 7-year-old is in stable condition, officials say.

Officials say the driver remained at the scene. Speed, impairment and distraction are not believed to be factors in the crash.