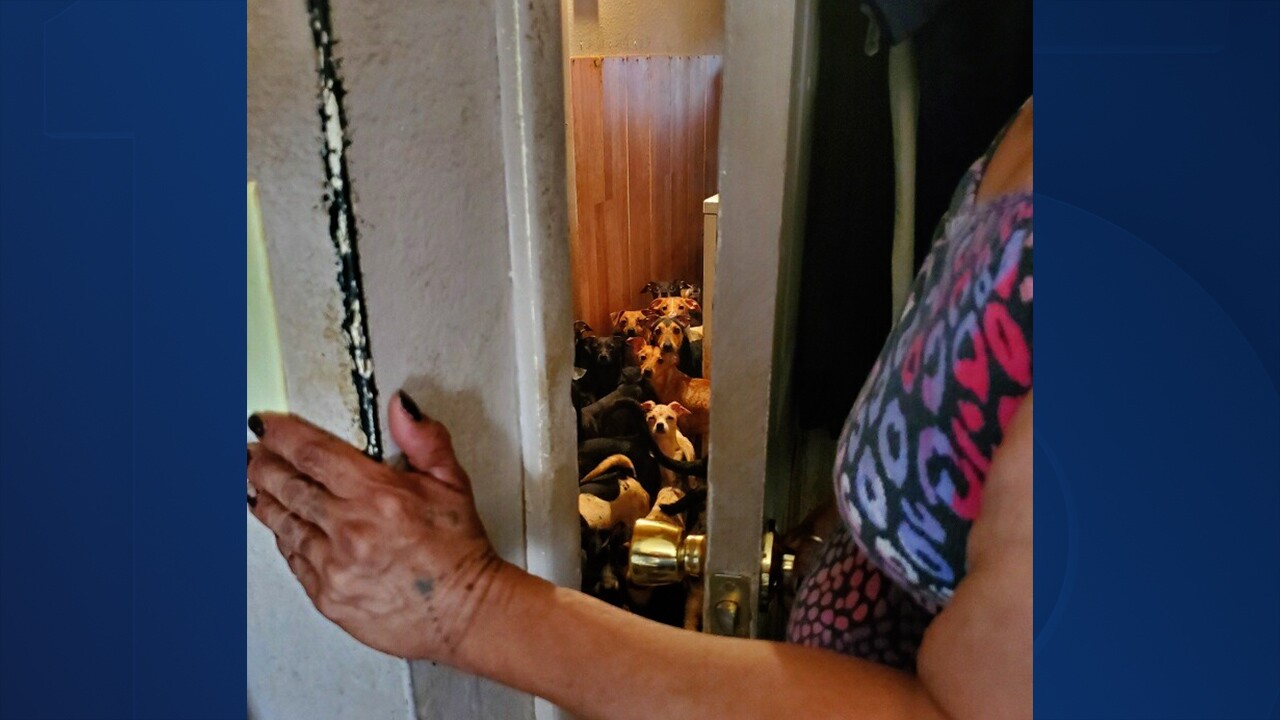 A Casa Grande couple is facing dozens of charges of animal cruelty after the discovery of nearly 100 dogs, some of which were dead, on their property over the weekend.

Casa Grande Police Department was called to a home on Saturday, Sept. 19, for a "citizen requested civil-standby." At that time, officers located six dead dogs wrapped in towels and shirts on the hood of a car. Two other dogs were found dead outside the home, as well.

Police spoke with Lila Kaye Crawford and Michael Anthony Mills, who stated that they had about 20 more dogs inside the 700-square-foot home. However, officials located 90 dogs inside.

All of the animals were relinquished, taken in by Animal Control officials, and taken to the City of Casa Grande Animal Care and Adoption Center.

While all of the dogs were "heavily covered in feces," about 30 of the dogs were found to be in decent health, with the rest suffering from "dehydration, hair loss, skin sores, and puncture/bite wounds."

Police are submitting charges to the Pinal County Attorney's Office for review, and say additional city codes were also violated by Crawford and Mills.

The charges are listed as follows: