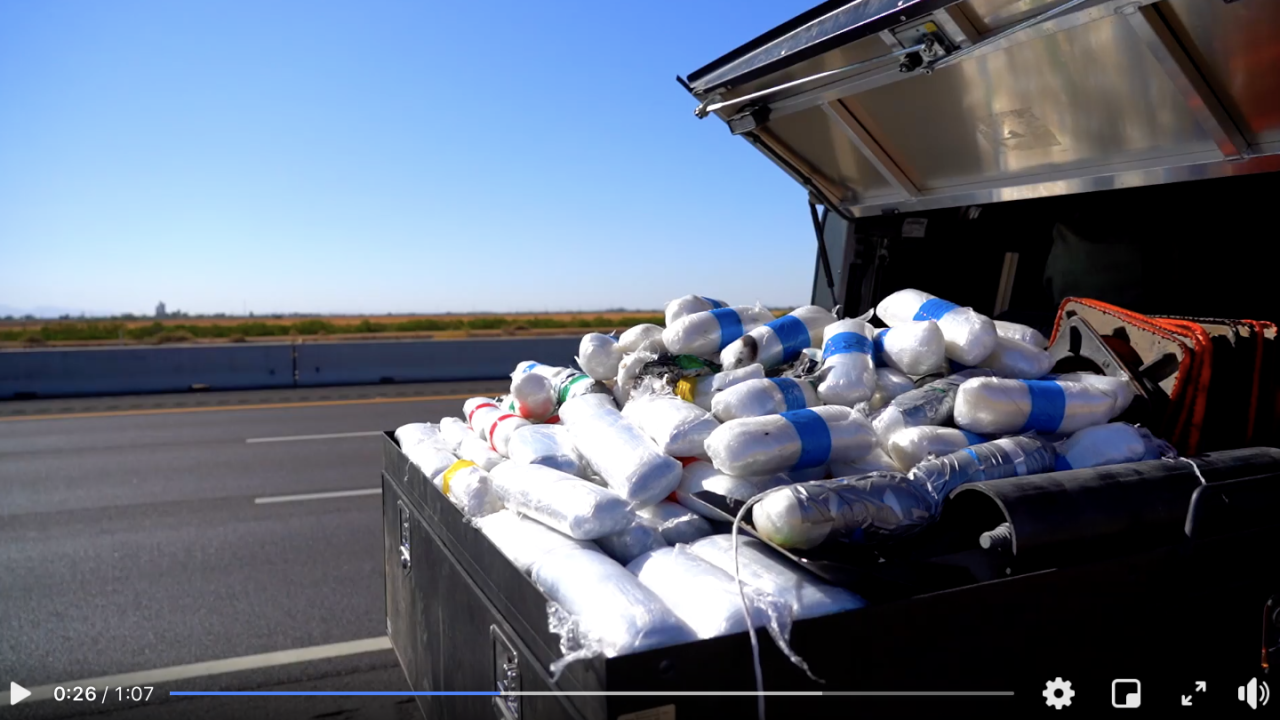 PINAL COUNTY — Nearly $1.8 million in methamphetamine, heroin and fentanyl pills were seized recently in Arizona, the Pinal County Sheriff's Office said Tuesday, referring to it as "one of the largest drug busts in recent years."

In total, deputies found 166 packages containing 54,840 fentanyl pills, 124.8 pounds of heroin, and 103.7 pounds of methamphetamine scattered inside an SUV during a traffic stop earlier this month, according to PCSO.

On Oct. 1, a K-9 deputy conducted a traffic stop on a vehicle that was traveling westbound on Interstate 10 near Casa Grande, Arizona. The driver, later identified as Rogelio Bustamante, reportedly had a warrant out of Nogales and was driving on a suspended license, PCSO said.

After finding "inconsistencies" in the driver's story, the deputy investigated further and found the drugs.

"These drugs represent a clear and continuing battle against the cartels and against drug addiction," said Pinal County Sheriff Mark Lamb in a statement. "Without a doubt, lives were saved by stopping these drugs from being scattered across our communities."

Bustamante was booked into jail on multiple drug-related charges.