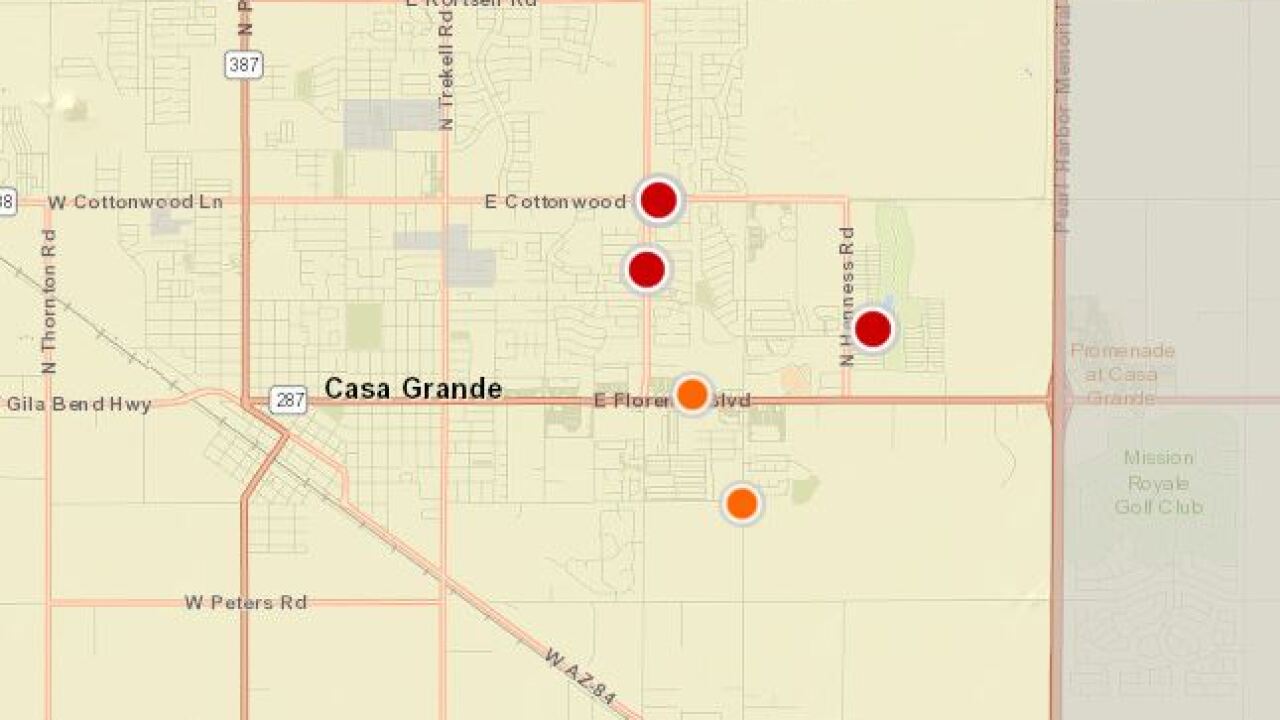 CASA GRANDE — Power has been restored in Casa Grande after an outage caused over 7,000 APS customers to lose power for over three hours Sunday morning.

Over 7,000 APS customers lost power around 4:50 a.m. Sunday morning due to a "service interruption to a major power line," according to the APS power outage map.

APS' outage map showed the number of residents without power to be around 6,100, but according to Suzanne Trevino, a spokesperson for APS, the number was closer to 7,000.

According to Trevino, the outage was due to an issue at APS' East Gate Substation, but crews on scene were unable to determine exactly what caused the outage.

All @apsFYI customers affected by the outage in Casa Grande have been restored. Thank you for your patience as we worked through the issues at the substation.

The following areas were affected by the outage:

For real-time updates on the power outage, click here.