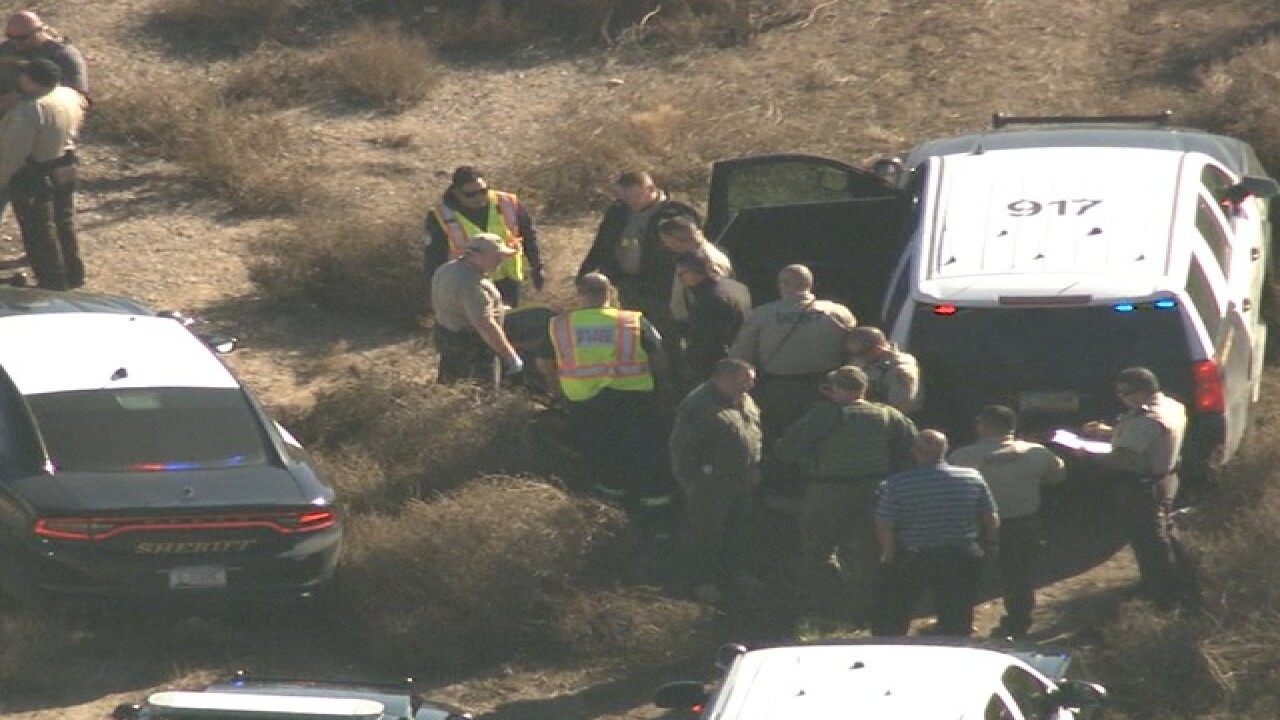 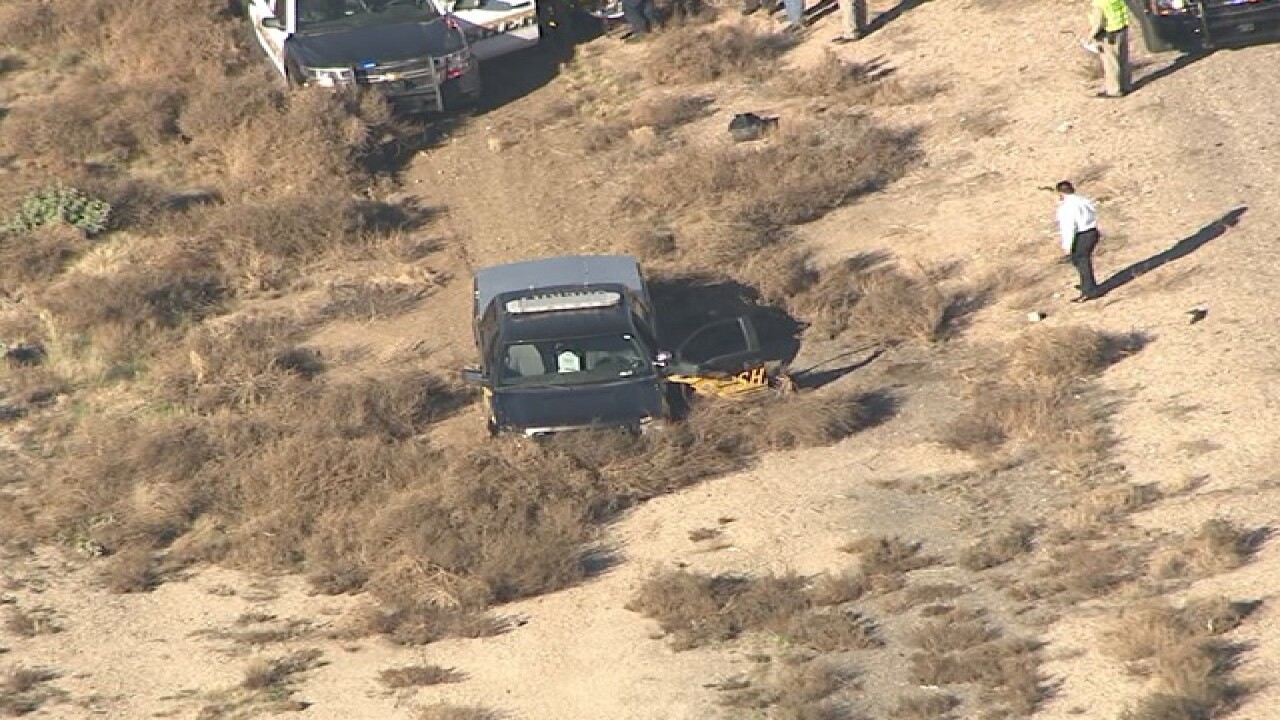 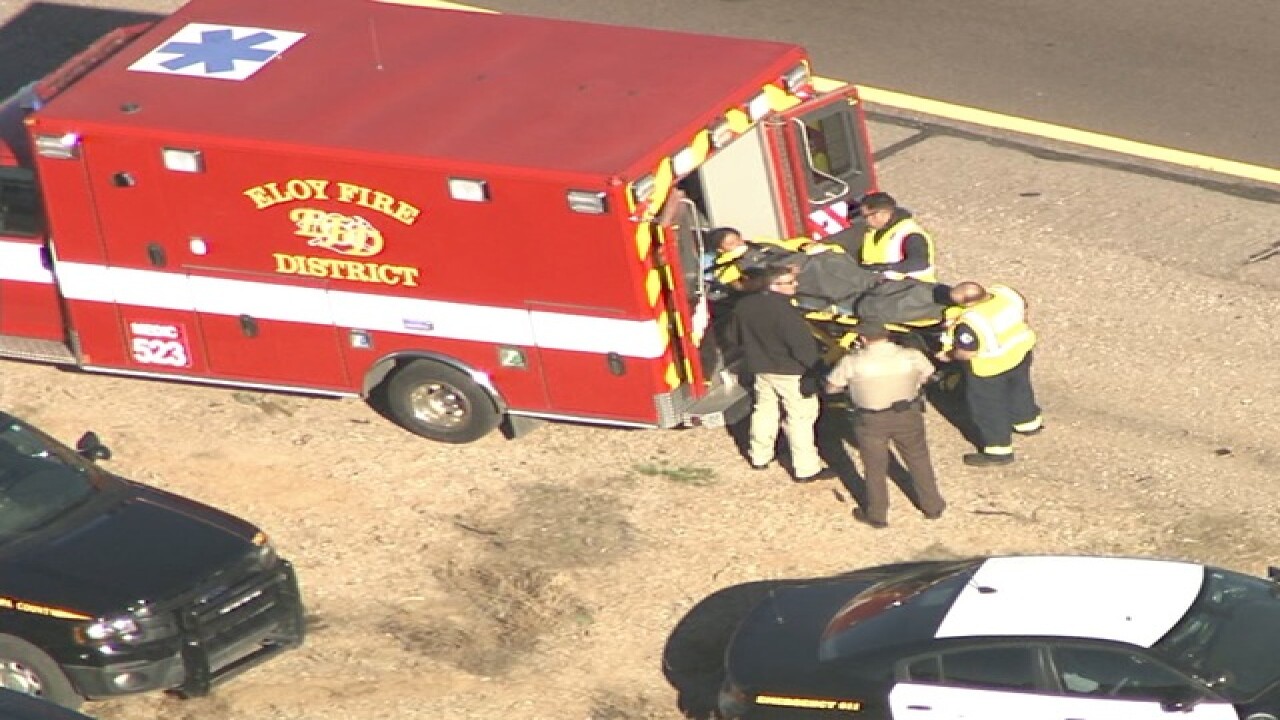 A deputy was injured after a naked woman led authorities on a 75-mile pursuit across multiple state highways Thursday morning.

Officials say the Maricopa County Sheriff's deputy responded to a Shell gas station in Gila Bend after reports from a naked woman saying she had been sexually assaulted nearby.

Chief Deputy Ben Henry said the deputy arrived at the scene in less than two minutes to find the woman disrobed and "distraught." As he attempted to assist her, the woman got into his vehicle, which had still been left running, and drove off.

"He left his car running, and she stepped right into the driver seat and took off as the cop tried to get the door open," said Shell gas station worker Chris Holt, who watched the surveillance footage. "[The truck] kind of dragged him a little bit, maybe a couple of feet."

Witnesses pulled up offering their help, prompting the deputy to take one of their vehicles and initiate the pursuit as the woman drove onto Interstate 8 near Butterfield Trail. The deputy used a hand held radio to alert local agencies to the situation, with Department of Public Safety, Pinal County and Eloy crews responding. The woman reportedly hit speeds above 100 miles per hour during the chase, eventually merging onto eastbound Interstate 10 toward Tucson before stop sticks were deployed near Picacho Peak to stop the vehicle.

DPS and Pinal County officials were first to respond to the scene, where the suspect was found to be non-compliant. A Pinal County sergeant fired a bean bag round at the woman's leg to keep her from stepping into the roadway, according to a release from the sheriff's office.

ADOT was reporting an extended closure on eastbound I-10 as officers worked to clear the scene. The roadway was reopened around 10:40 a.m.

The woman is currently considered to be a victim of sexual assault, while also being a suspect in stealing the MCSO vehicle.

While MCSO says policy generally dictates that deputies secure their cars when they get out for a call, Henry said the deputy's concern for the victim came first Thursday morning.

"That is hindsight being 20/20," said Henry. "However, under the circumstance, compassion towards victims is always our utmost concern."

Officials remained at the scene in Gila Bend on Thursday to investigate the sexual assault allegations.

DPS will be leading the investigation for the accident scene on I-10 near Eloy.