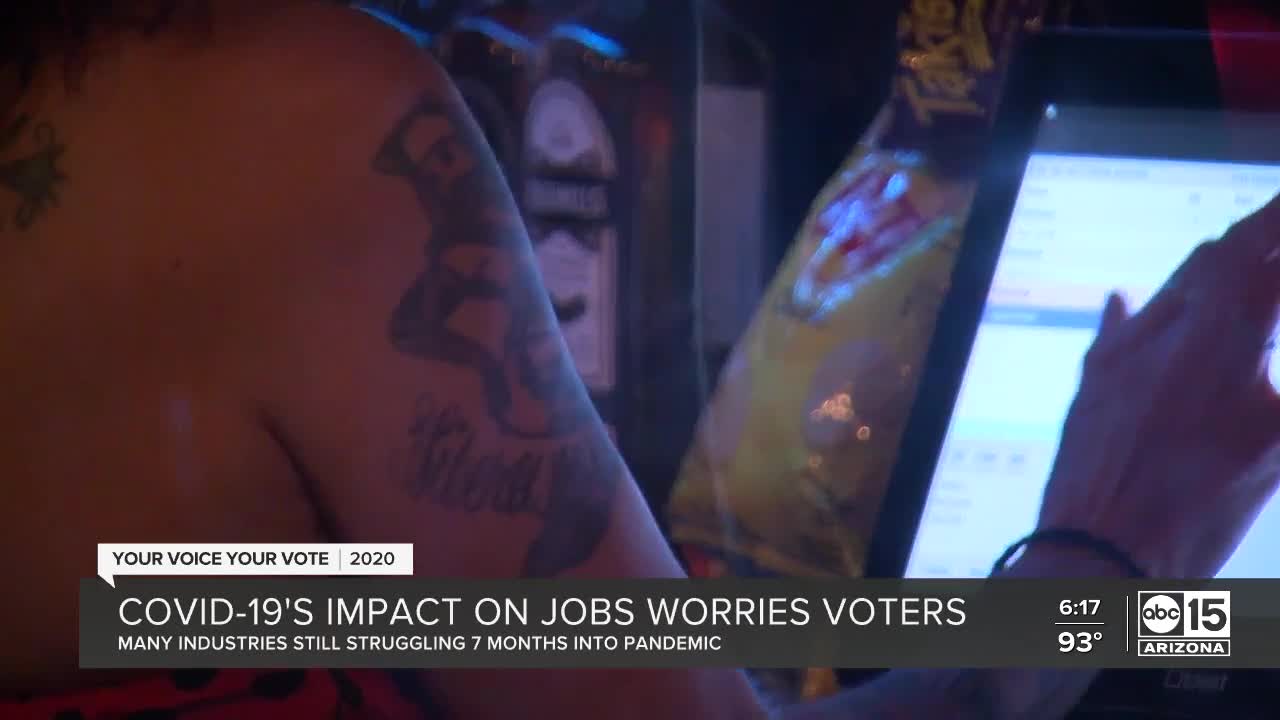 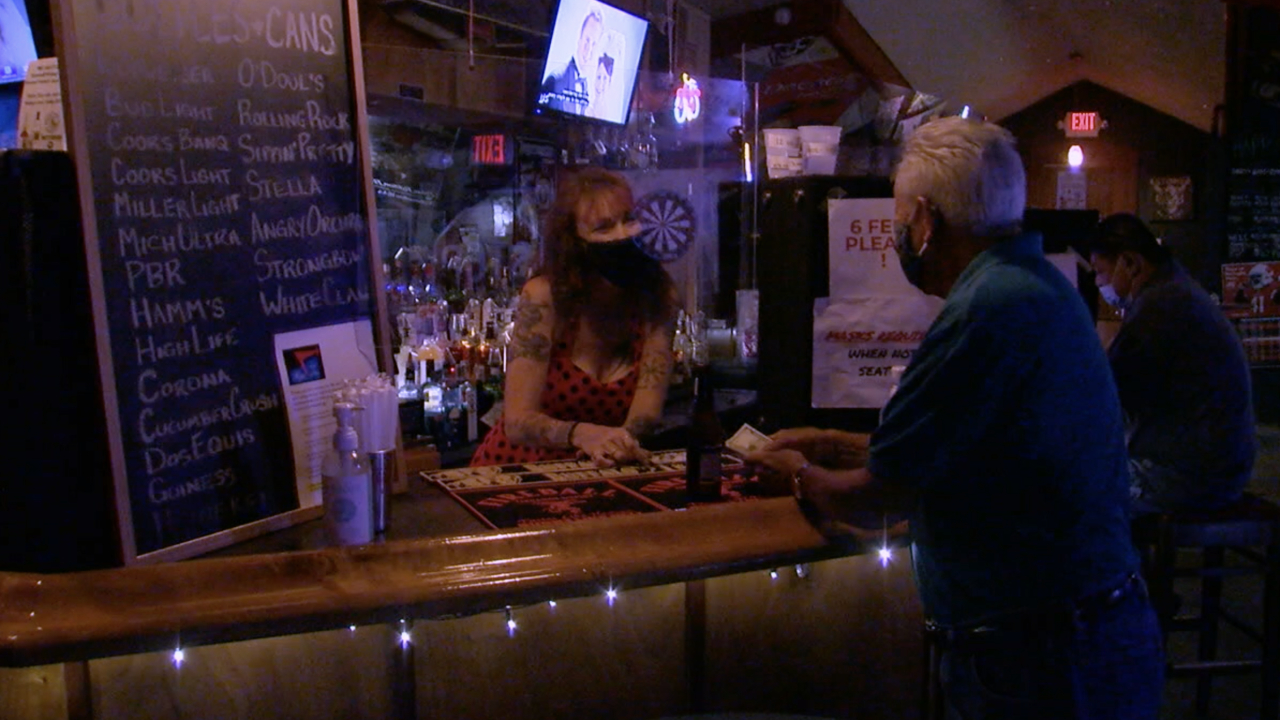 Things at the bar where Mikki Gray works are very different since reopening.

"No darts, no pool, no board games, no cards, no dominoes, no karaoke, no dancing, no singing. Nothing," she said.

But you can still drink with buddies, at a distance. "Because people come here to be social. So you just need to stay physically distant, you know, not socially distant," she said.

And despite the new plexiglass dividers, and severely reduced capacity, Gray says she is just happy to be back behind the bar at Rips Ales and Cocktails in Central Phoenix.

We met Gray back in April. She was one of thousands of Arizonans that work in the service industry who were struggling after the state shutdown and unemployment benefits were slow to move.

Weeks later funds showed up, but that money didn't last long. Gray says she's just as concerned today as she was months ago.

"I still don't know how I'm navigating this. I really don't. The money's just not there. It's a lot of shuffling and penny pinching and trying to make every dollar last. And trying not to go completely crazy with the uncertainty of what tomorrow is gonna be," she said.

It's the same uncertainty that Gray worries will keep Rips and neighborhood bars like it, from being able to recover in time to save themselves.

"I feel like they're trying to run, run us out. All of us all the little bars. We just don't matter, you know. And we can't hang in there like the big ones can, you know, you've got seven employees here," she said.

With reduced capacity, live entertainment in small neighborhood hangouts is hampered and the six-foot physical distancing requirements are stark reminders of the world's troubles in a place that is supposed to help you escape them.

"It's depressing for everyone. It's like the bones are here. But the soul is missing. You know?"

Her fate is inextricably tied not just to Rips but to the success or failure of the industry itself. Because reduced capacity means fewer hours and fewer tips in a profession that needs them to survive. And she has no idea how long the restrictions will have to last.

"This was supposed to be my semi-retirement job. You know. I worry, I'm going to end up handing out stickers at Walmart. Like I don't, you know, I don't know what's going to happen," she said.