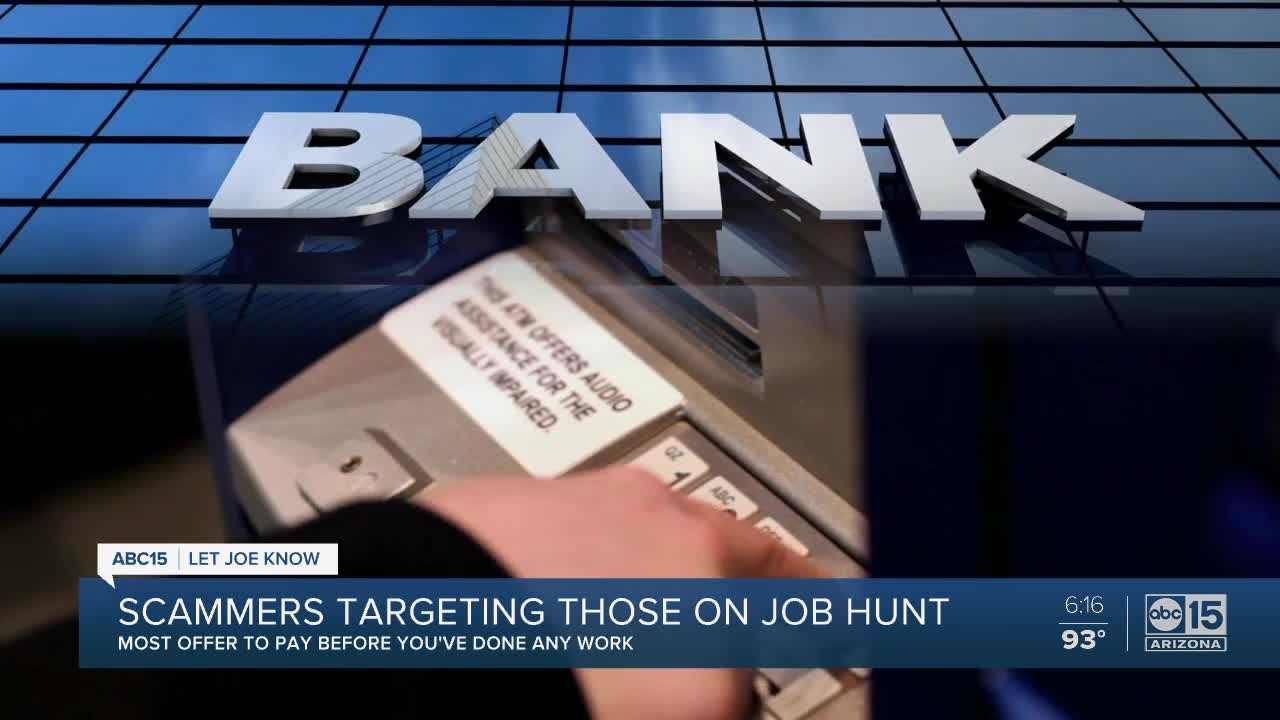 Scammers offer to pay before you've done any work. 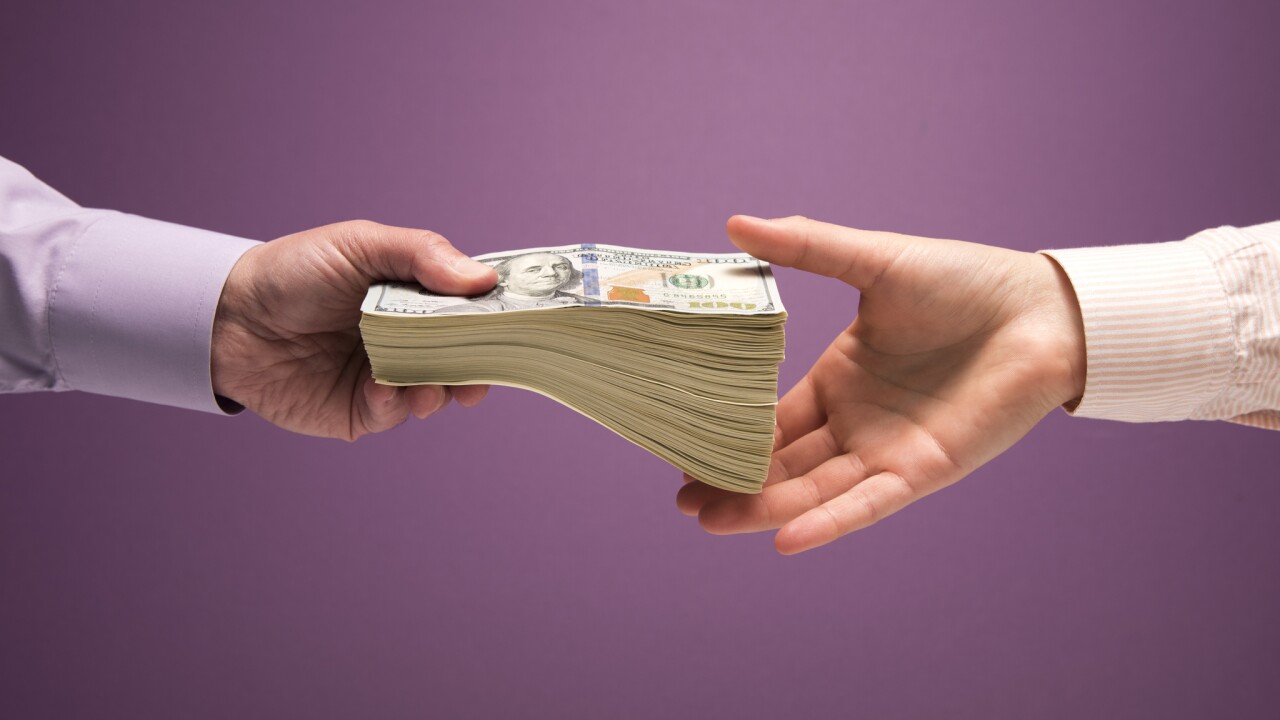 PHOENIX — A way to pay the bills and provide for a family. It's what so many are looking for right now and it's leading some to search for jobs in new ways.

In part with The Rebound Arizona - helping you get back to work without getting tipped off - the Let Joe Know Team has found scammers are using new tactics to take advantage of people when they are most vulnerable.

Jay told the Let Joe Know Team she has been scrambling to find work as finances get tighter and tighter. She says she had been looking for the right fit since before COVID-19; even getting a job she thought would be perfect.

"I get my first job offer and it's a great job. Then they go on a hiring freeze because of COVID," said Jay.

Now, she's back on the hunt - trading in the traditional paper resumes for online job listings.

"I can't even remember all the jobs that I've applied to," said Jay.

But now, she has a warning for others.

"There's something that just didn't sit right, because it just didn't feel like a normal interview," said Jay.

She says she was contacted out of the blue. She got an email that said she had qualified for an interview. It was for an office manager position like she wanted, but the interview started in just 30 minutes.

Jay hopped online thinking it would be a video call, instead, it was just a chat room.

"It was just questions and you could tell that they were copy and pasted," said Jay.

She pushed that aside. The pay, the hours and with working from home, she thought she could make it work.

"Well, now I'm super excited. So, I'm kind of letting that suspicion fall to the back a little bit," said Jay.

That was until they asked for her bank information.

"I'm like no! I haven't even gotten anything. I haven't gotten an offer letter," said Jay.

She says when she got a moment to look back, more things didn't add up. She says the email addresses didn't match. In fact, they were coming from a Gmail account versus a company. Also, the company name in her so-called interview didn't match the other messages she had received.

At a time a lot of you are looking for work because of the pandemic, the Let Joe Know team has gotten dozens of emails promising good paying jobs. They send you a check before you start and you cash it, sending money to various places, before keeping some for yourself.

But no one pays for work you haven't done! So those checks, they're bad. If you cash it, you could be on the hook once the bank sorts out that it's fake.

The Arizona Attorney General's Office says they have gotten about a dozen complaints for these scams during the COVID-19 pandemic. They say that's more than last year.

They say it's important to never cash a check unless you personally know who it's coming from.

To file a complaint with the AG's office: CLICK HERE.