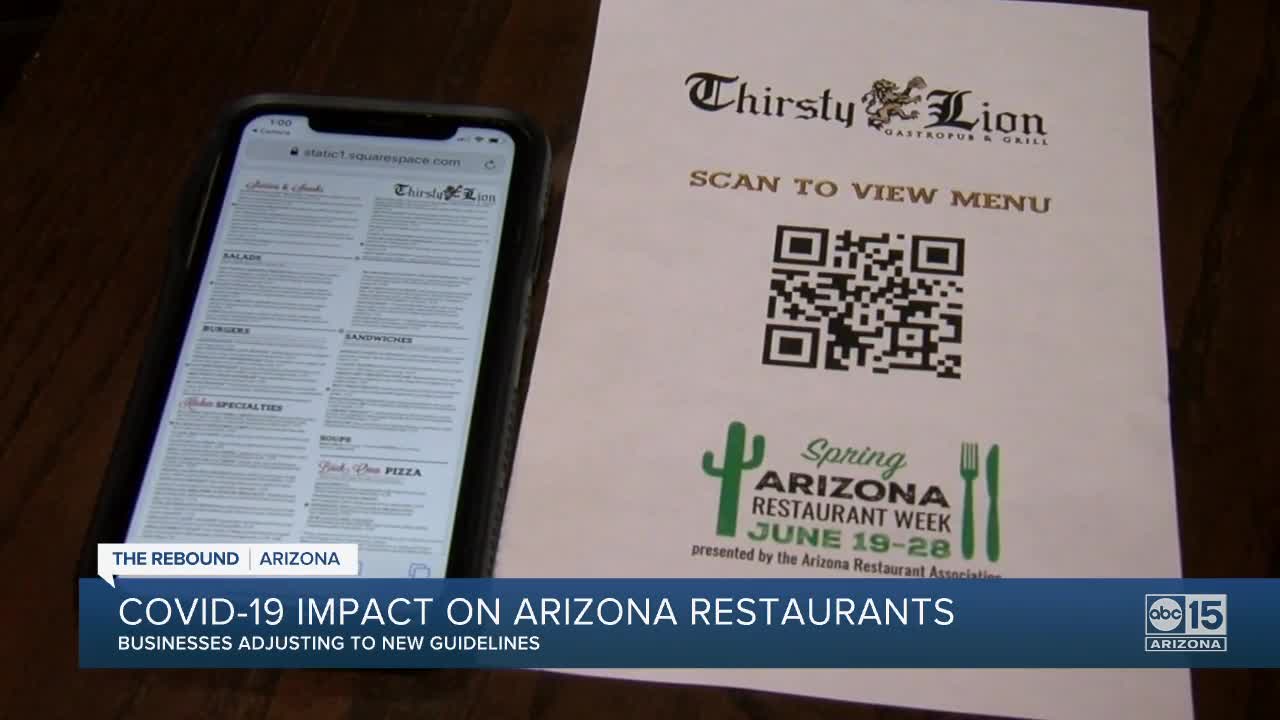 As restaurants try to comply with state and federal health safety guidelines to keep their employees and customers safe, touchless menus are becoming popular among restaurant owners.

If you've been out to eat lately, you may notice restaurants less crowded than usual, and you may also notice many restaurants have also ditched the traditional menus they hand you as soon as you're seated. Instead, you'll see a paper menu, or a strange-looking barcode, called a QR code that you scan with your smartphone, to pull up the menus on your phone itself.

As restaurants try to comply with state and federal health safety guidelines to keep their employees and customers safe, touchless menus are becoming popular among restaurant owners.

You'll see the big bar code as soon as you walk inside the Miracle Mile Deli in Phoenix. The restaurant opened up for a couple of weeks after Governor Doug Ducey lifted the shutdown, but then decided to close their doors again after COVID-19 numbers started surging in the community. Now the New York style deli is open for take out only.

You will also find the QR code menus inside the Thirsty Lion gastropub. What you should do if you see one is open up the camera app on your cell phone, and then place your phone over it, as though you are about to take a picture of it. That should then lead you to open up the website, that will pull up the restaurant’s menu on your cell phone screen.

"We have some printed menus that are printed on one-time paper and those are discarded at the end of that as well," explained Keith Castro, Vice President of Food and Beverage Services at the Thirsty Lion Gastropub.

Josh Garcia, Vice President of the Miracle Mile Deli added that the whole point of the touchless menus was to limit circulating items other customers had touched.

"It's not just about us making money. It's about guests trusting us and feeling safe," added Garcia.

Huss brewing was offering complimentary masks to customers when they walked in the doors, if they did not have one. Many restaurants had hand sanitizer stations set up right by the front door as well. Those that require customers line up to order their food had clear social distancing markers on the ground, to ensure customers gave each other some space.

While many restaurants may ask you to wear a mask when you visit, you can take them off after you are seated. Restaurant managers are also asking customers to be patient if they have to wait a little bit. Due to limited occupancy rules now in place, you may see many empty tables and wonder why you have to wait. Many of those tables have been blocked off, to ensure social distancing within the restaurants. This also means limiting large parties. Castro said they may have to seat you on separate tables.

Restaurant owners ABC15 spoke to said they did not foresee changing up these new guidelines until the end of the year, or at least until COVID-19 was no longer a threat to public safety.