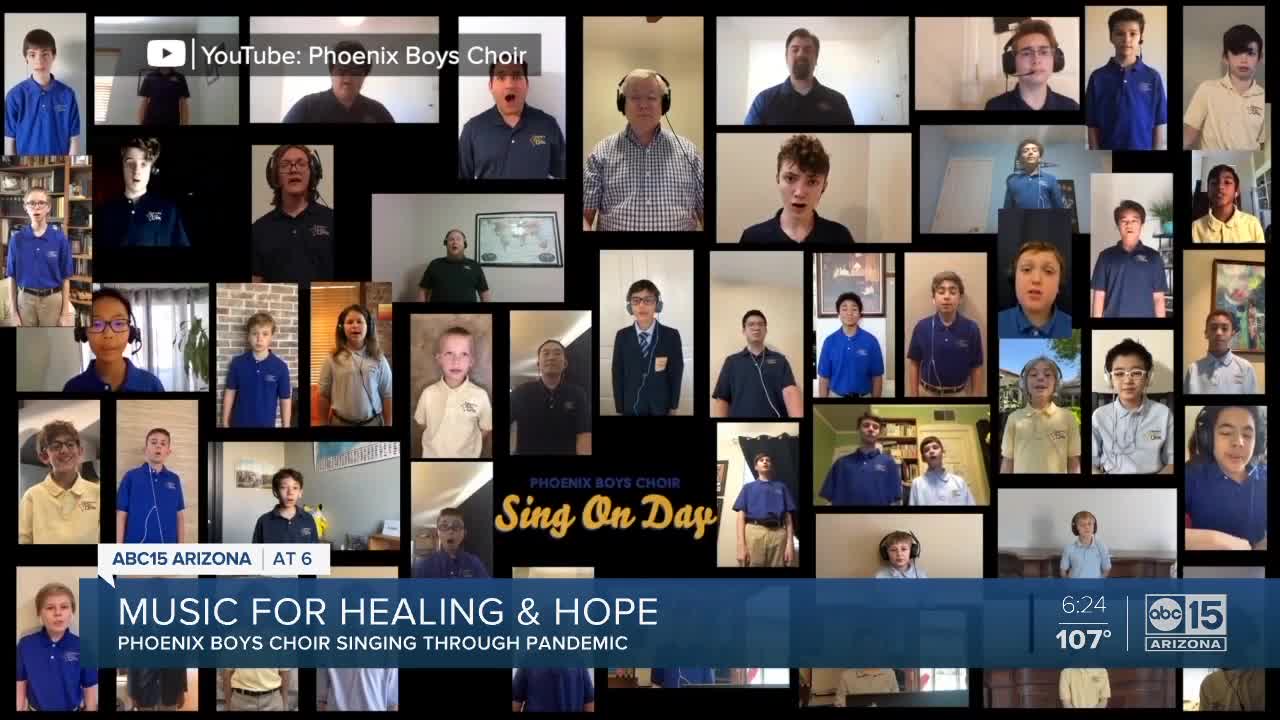 The Phoenix Boys Choir is making music for healing and hope.

PHOENIX — The Phoenix Boys Choir has penned a virtual love letter to the community. The Grammy award winning group is a valley treasure that has been lifting spirits in the community with their music for more than 70 years.

The COVID-19 pandemic that has taken it's toll on the organization. With concerts, fundraising events, and paid events cancelled, the pandemic has made it tough for the non-profit to raise money. Add to that, a pipe burst in a bathroom in their building last week, leading to tens of thousands of dollars in water damage.

Despite the challenges, Executive Director of the Phoenix Boys Choir, Mitra Khazai said they would not let a pandemic or flooding bring them down. The organization got their boys together for a virtual concert to sing a song about hope and perseverance in trying times. The song, composed by Lane Johnson is called "Sing on!"

Artistic director and alumni of the Phoenix Boys Choir Herbert Washington said he hoped it would encourage people to find the silver lining in situations.

You can watch the Phoenix Boys Choir's full performance HERE.

The organization is now signing up those interested in summer camp. If you have a boy that loves to sing you can sign him up for their special camps that start in June by going to their website.