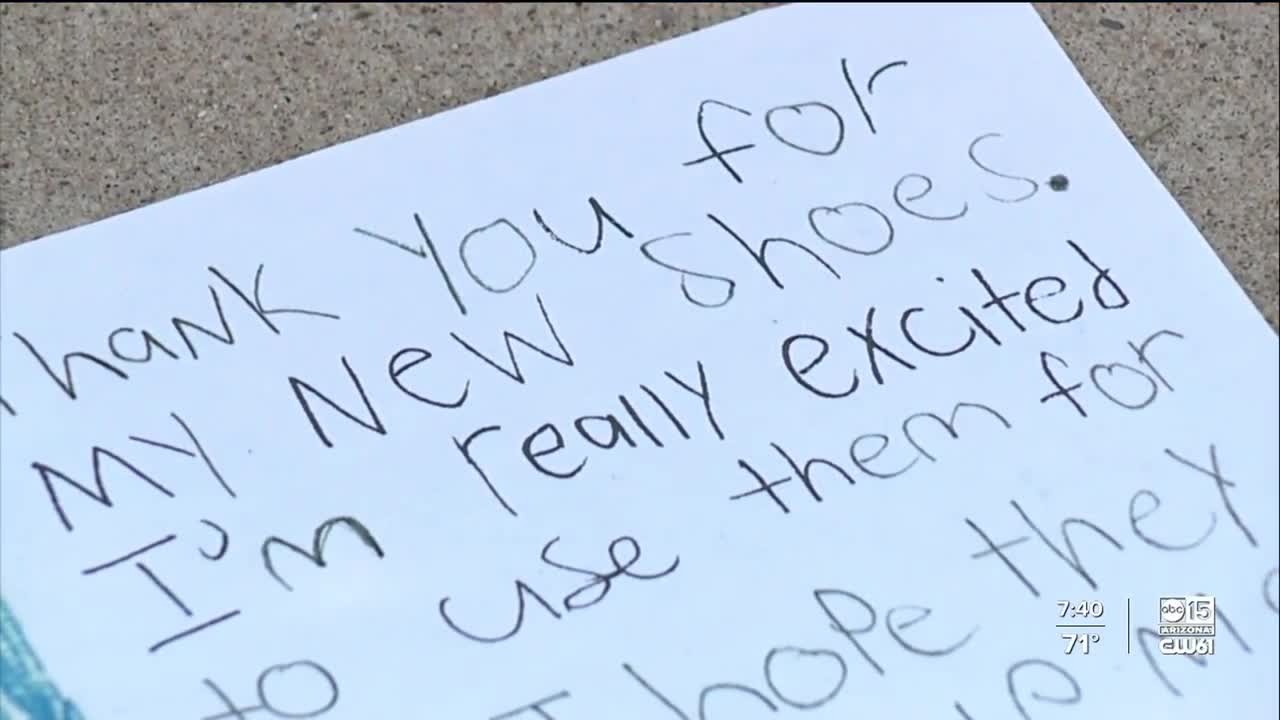 A teen is working with Shoes That Fit to give hundreds of students brand new socks -- something not every child has.

"I love sneakers, always have," says Bregman outside his Chandler home. The Hamilton High School junior says aside from getting good grades and playing soccer, helping others has always been a part of who he is.

He's a member of 'Huskies Helping Huskies', a high school organization that helps support students' needs such as clothes, shoes, and school supplies.

For about two years now, there's an idea that's been brewing inside of Bregman's head. It started on a bus ride home from school after his family sponsored a child for the holidays.

"My siblings and I put together some money and we were able to buy a brand new pair of sneakers for this kid. And doing this filled me with so much happiness and so I thought, why not do this on a larger scale and this project was brought to life," he adds.

During the pandemic quarantine, he researched non-profits that could help with getting shoes to kids. He found "Shoes that Fit," a national non-profit out of California that help people like him raise money and purchase tennis shoes at a lower rate, all with the goal of distributing the shoes to lower socioeconomic communities.

Bregman says he chose Galveston Elementary School in Chandler after hosting several students from the school at a soccer camp he facilitated. Sam says he decided on outfitting every child at the school because he personally knew how great the need is.

"About a year and a half ago I held a soccer camp for these kids at a nearby park and I realized that at Galveston, kids are in lower socioeconomic circumstances," says Bregman.

So in June of this year, he contacted Galveston principal Annette Addair about his efforts.

"This is really going to make a difference for so many of these kids, many I can tell you, have never worn a new pair of sneakers before. This will be their first new pair," says Addair.

Once the funds are raised, each child's feet will be measured and the sneakers will be ordered. Bregman hopes to have generated nearly $23,000 by early December.

"I hope that people see how getting a child a pair of shoes really makes the community better...it would be an amazing experience."

If you would like to help Sam in his cause, you can donate here.