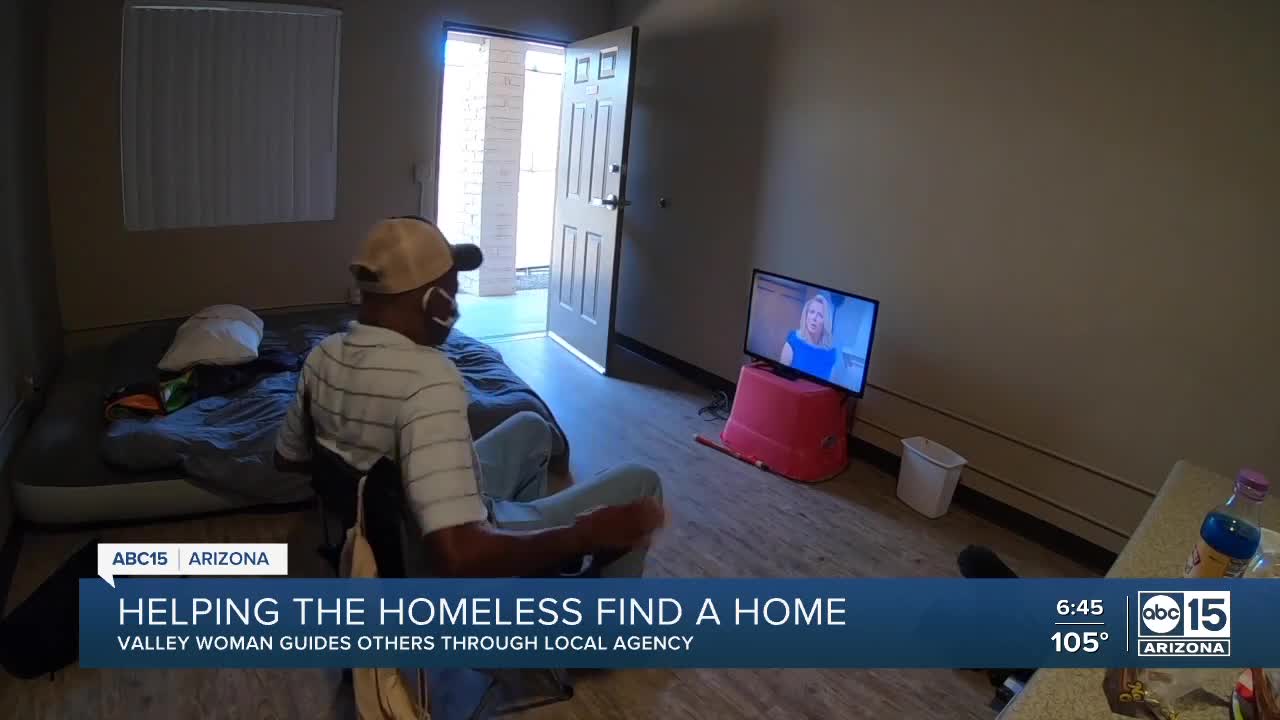 Valley woman guides others through a local agency. 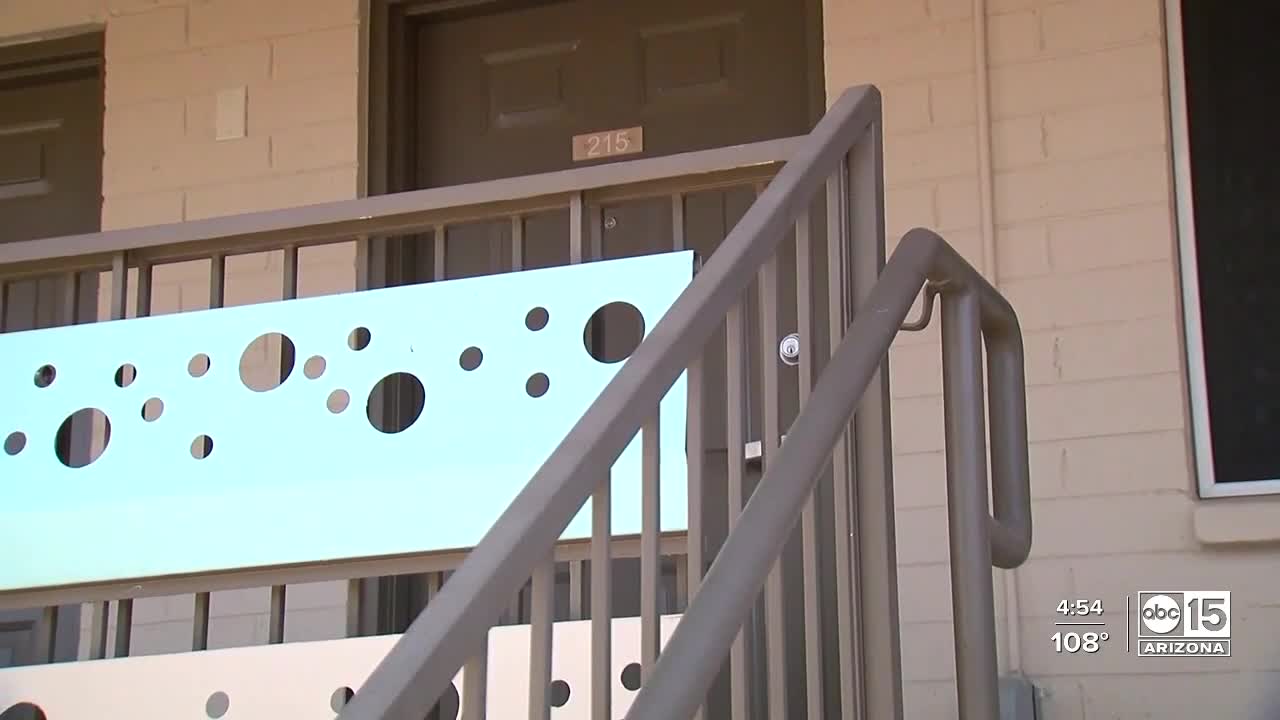 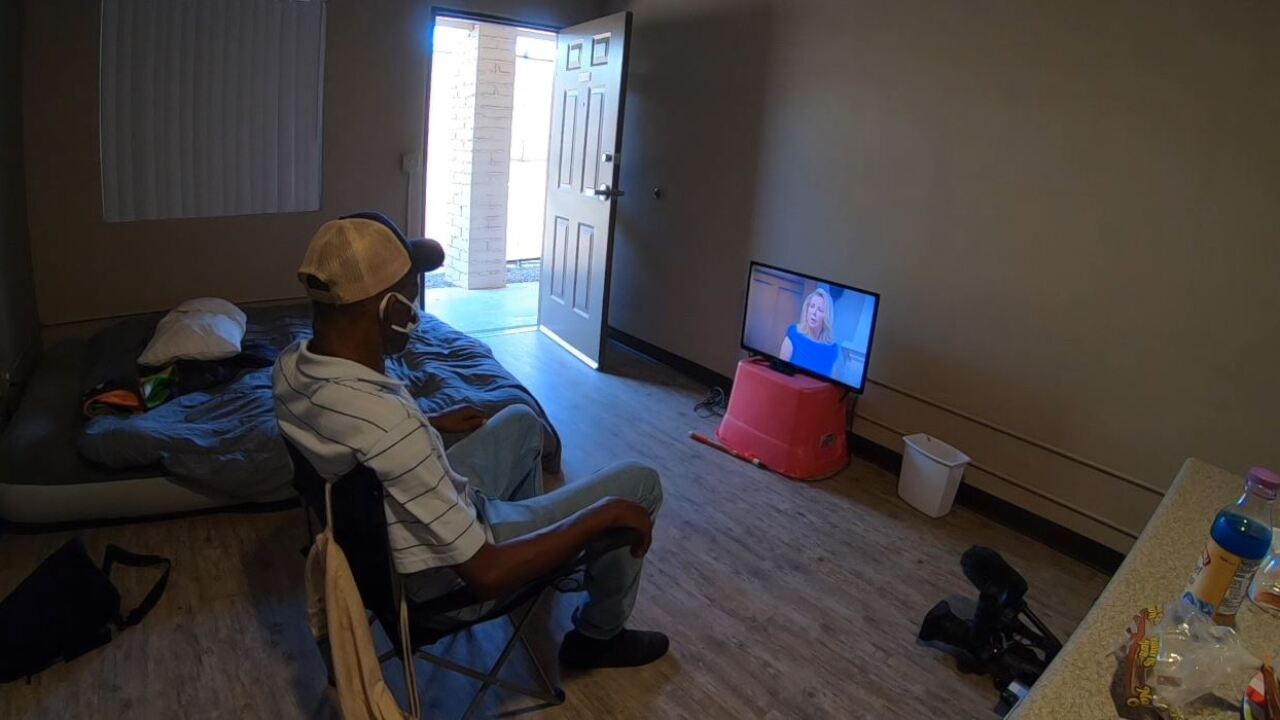 PHOENIX — A hot cup of coffee and a plate of food are small things that can sometimes turn things around for someone who is living their life on the streets.

The COVID-19 pandemic has led to an increase in the number of homeless around the Valley. Shelters, soup kitchens, and many Valley agencies are doing everything they can to help feed, clothe, house, and make life a little bit easier for the homeless.

One segment of the homeless population that is extremely difficult to help are those considered as the "chronic homeless," the people who have been homeless for so long, living on the streets is just part of the "norm" for them. Many of them may be addicts or mentally ill.

ABC15 spoke to one Valley agency that is refusing to give up on this population.

Terros Health offers morning meals, lunch, HIV testing, and other healthcare services for the community. The company has specialized in mental health and substance abuse treatment for the last 50 years.

The organization runs a morning program to provide breakfast and lunch for the homeless who line up outside their central Phoenix facility. They receive coffee, pastries, and a box filled with sandwiches to eat later in the day.

Staffers also have a large fan outfitted with misters in a tented-off area of the parking lot to provide some heat relief for the homeless. Due to the COVID-19 pandemic, the facility is limiting the number of people allowed inside the building at one time, and they are taking temperatures before allowing anyone in.

More than meals though, the facility also allows the homeless to come in to take a shower, use the facilities, do their laundry, as well as get clean underwear, socks, and toiletries to take with them. They also give anyone who asks a cold bottle of water.

Mitchell's life turned around after visiting Terros Health while he was still homeless.

There, he met HIV prevention specialist Sara Thomason, an employee who had walked in the shoes of being an addict and without a home.

Thomason tells ABC15 she lived on the streets for seven years, and lost everything after getting addicted to meth. She was offered help many times, but refused to accept it because she got so used to her life as it was.

A program like Terros Health did not give up on Sara, and when she was ready, she accepted the help they offered to her.

"It saddened me to see Mitchell out on the streets. Being an older gentleman out in the heat, watching the struggle and you know living it myself, it was difficult. I was on the streets for seven years, addicted to drugs. I didn't want to do any better, but now here I am," said Thomason.

Mitchell says he was more than ready to accept the help after sleeping on bus stop benches and in parks for over a year. Terros Health staffers worked with Chicanos Por La Causa and were able to obtain housing vouchers to help Darris get into his own apartment.

"Oh, it's been a joy. It had been a while you know, where I could just come in and sit and be out of the air," said Darris while showing us his apartment.

"I wouldn't wish this on nobody, it's been a tough life on the streets," added Darris.

Terros Health has a wish list to help those they are trying to re-settle into apartments. Everything from bedding to dishes, clothing, and hygiene items is needed. If you would like to help, please call 602-685-6086.