Thai restaurant owner paying it forward despite her struggles 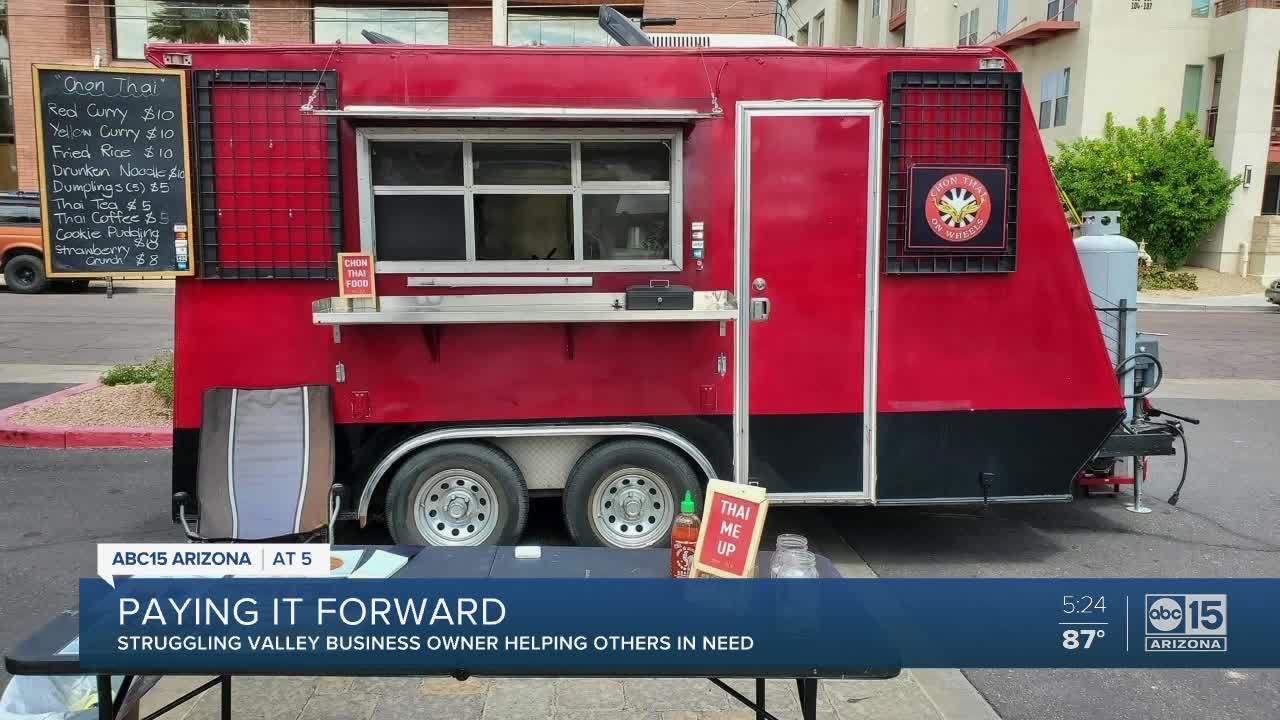 She is a restaurant owner and a single mother of two children who may be struggling to make ends meet, but that is not stopping her from giving back to her community. 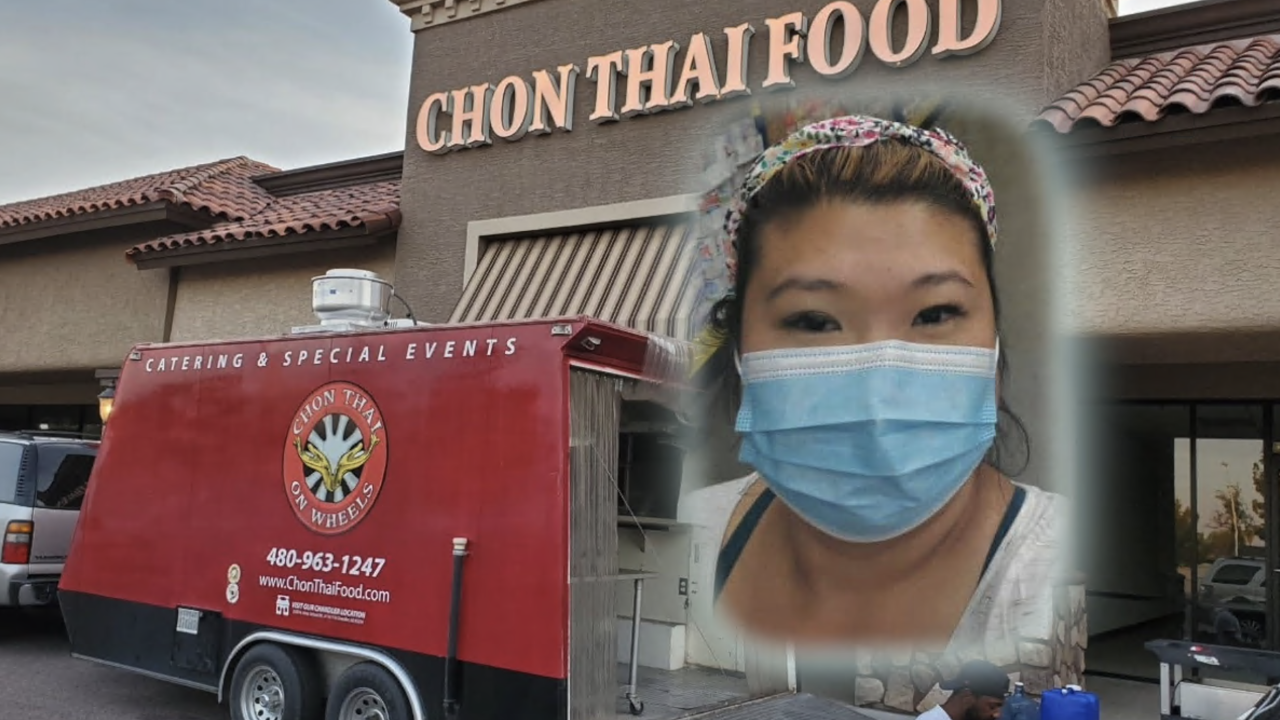 CHANDLER, AZ — She is a restaurant owner and a single mother of two children who may be struggling to make ends meet, but that is not stopping her from giving back to her community.

May Rowden, who owns Chon's Thai Food off of Alma School Road in Chandler received a generous donation from a stranger, but instead of spending it on herself, Rowden decided to gift this donation to her community, by offering them free food.

Rowden says the pandemic has been tough on her business. To make ends meet, she has been offering delivery and take out services, at times making the deliveries herself to save on the high delivery fees charged by other companies.

Rowden also fired up her food truck that has been parked for more than a year now. She took her mobile kitchen into apartment complexes to feed those now stuck working from home. Her specialties of piping hot curries, crispy garlic chicken, and Pad Thai noodles have been popular, but losing the in-room dining has gobbled up a big chunk of her profits.

"The food trucks are only 20-30% of the sales. It is not enough. We have a little bit of money reserved, but it's running out soon because the expenses are a lot. The landlord is not helping us here," said Rowden.

That's what makes this migrant businesswoman so special. When a good Samaritan who wanted to share his stimulus check with those down on their luck picked Rowden as one of his recipients, she was very grateful. The money could have helped pay bills, but Rowden decided to use it to thank her loyal customers. She ended up buying lunch and dinner for all of her customers.

"The first customer, he was very surprised when I told him your meal is already paid for, but then he offered to pay for the next one, and it grew, and grew, and grew," said Rowden.

Rowden has also spent hundreds of dollars of her own money to cook up a feast to donate to hospitals and nursing homes impacted by COVID-19 in Chandler.

"I felt like there's nothing much I could do to help, the least I can do and best I know what to do is to feed people," said Rowden.

Even though restaurants in Arizona now have the green light to re-open, Rowden has made the decision to delay her re-opening until the end of the month, saying she wants to ensure the safety of her staff and her customers.