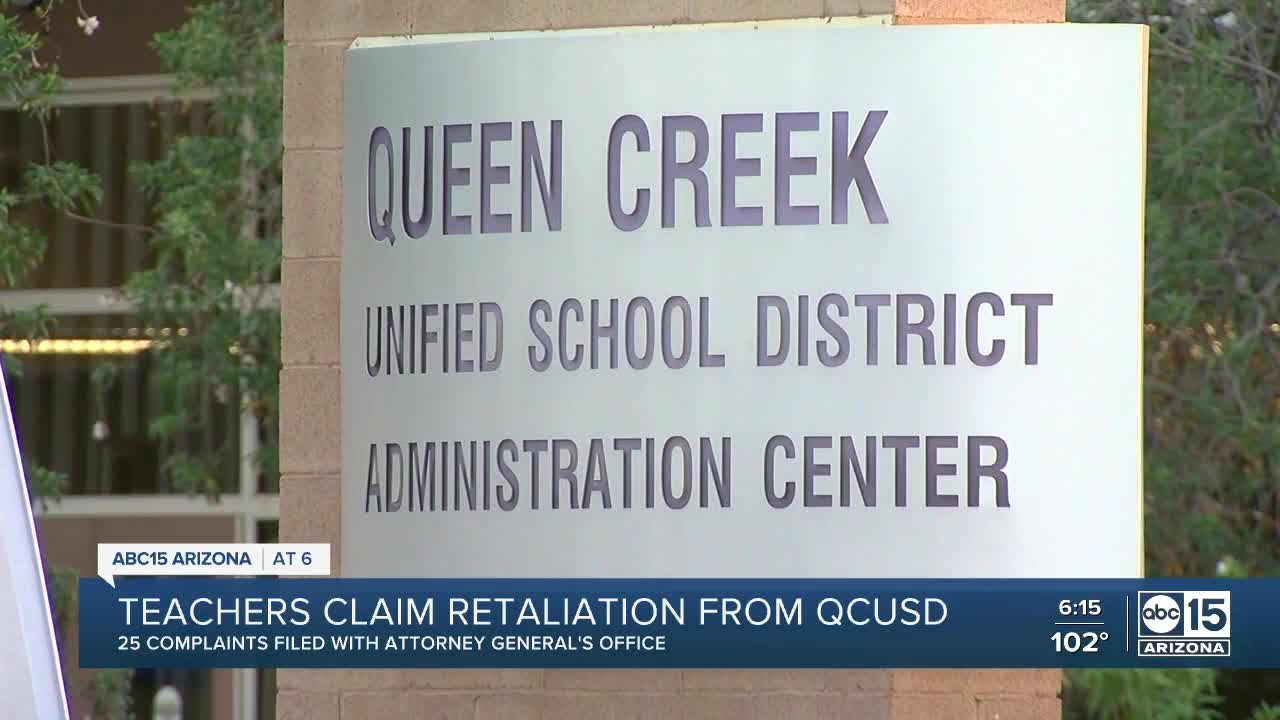 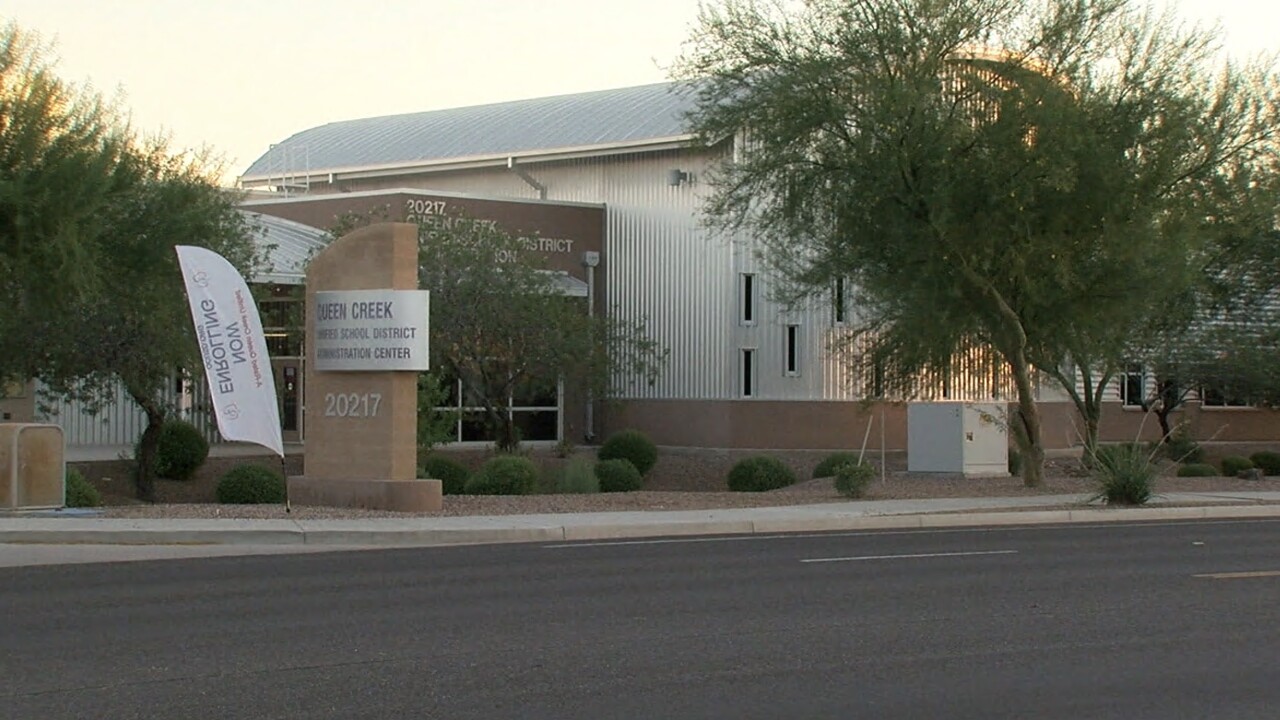 QUEEN CREEK, AZ — Several Queen Creek Unified School District teachers are now consulting with an attorney specializing in employment labor laws after they feel they were retaliated against by their school district for speaking out about pandemic public safety concerns, and taking time off when schools first reopened last month.

ABC15 has obtained copies of complaints filed by teachers who took leave per the Family & Medical Leave Act (FMLA) and the federal Families First Coronavirus Response Act. The complaints allege retaliation by the district against the teachers who took this time off. Patrick Camuñez is an Employment Labor law attorney who is now representing 25 Queen Creek Unified school district teachers who have filed various complaints against the district. Camuñez says three of the teachers feel their civil and employment rights have been violated.

At the request of their attorneys, ABC15 is not naming the teachers who have filed these complaints with the Arizona Attorney General's Office of Civil Rights Division and the U.S. Department of Labor.

"I took FMLA leave due to feeling unsafe to return to the classroom with over 24 kids in my class and not meeting the state suggested benchmarks to return," wrote one teacher in her complaint. She went on to state, "I was never told I would not be able to return to my own classroom."

Camuñez said the law stated employers could not discourage people from trying to take time off per FMLA.

"Those people that took those leaves, they're not being allowed to go back into their classrooms," he added.

Under the Families First Coronavirus Response Act, employers can grant up to two weeks of paid sick leave to an employee for specific reasons related to COVID-19. This could be because the employee was unable to work because they were quarantined, experiencing COVID-19 symptoms. Those employees needing time off to take care of a sick family member or care for a child whose daycare or school was closed could take time off at two-thirds of their regular rate of pay. You can read the full act here.

Camuñez said the law required employers to reinstate employees back into their positions when they returned to work.

"The law says it is the same or similar position," said Camuñez, but he explained that was the catch here.

"The law doesn't just end with saying you have to give them the same or similar position. It talks about how you cannot be put in, you cannot have adverse employment action for taking FMLA," said Camuñez.

In complaints filed with Attorney General Mark Brnovic's office, one teacher stated, "I was told this evening when I asked to return on Tuesday that I no longer would be able to teach in my same class and school."

"The public school district (QCUSD) is taking punitive action against me, a highly qualified certified teacher with many years of experience at the Preschool age group, by replacing me with a substitute teacher who is not highly qualified or is not a certified teacher, and offering me only poor options at different sites upon returning from 2 weeks of family leave. This action is being enforced against me after exercising my rights to family leave and after speaking publicly about public safety issues."

She goes on to state:

"There are several other teachers who took leave (each for varying time periods) which *WERE* allowed to return to their jobs, but those teachers all appear to have been much-less-than-vocal about speaking publicly on school and public safety issues in the time since COVID-19.

The district HR director refused to answer why I was being offered only two undesirable alternatives:

All-day preschool at a different campus

Furthermore she is unwilling to explain why it is appropriate for the district to continue to employ a long term sub in my position when I am ready and willing to return and am a highly qualified certified teacher."

Camuñez said all of that could be viewed as adverse actions discouraging teachers who needed to use FMLA.

ABC15 reached out to the Queen Creek Unified School District to get a response to all of these allegations. A district spokeswoman sent us this statement:

"Our practice is not to give specifics on personnel matters; however, we can provide you the following information.

The District is complying with its obligations under the FMLA, including its obligation to restore employees returning from FMLA to the same or an equivalent position with equivalent benefits, pay, and other terms and conditions of employment."

Camuñez stressed that is not all the law obligates.

"The law says hey, we cannot discourage people from trying to take FMLA, and all those employment actions are meant to discourage a reasonable teacher from taking FMLA."

In a school year that was anything but typical, Camuñez said the teachers hoped district officials would work something out with them, as their goal was not to take legal action with all of these complaints.

ABC15 has also confirmed that the Queen Creek Unified School District has reversed course on an action, fining teachers who had decided not to return to their teaching jobs thousands of dollars in fees for breaking their contracts. In a specially called board meeting last week, district officials reversed that action and decided to reimburse all of those teachers who had already paid the fines. You can see a copy of the letter sent out to staff, explaining the reason behind these latest actions here.