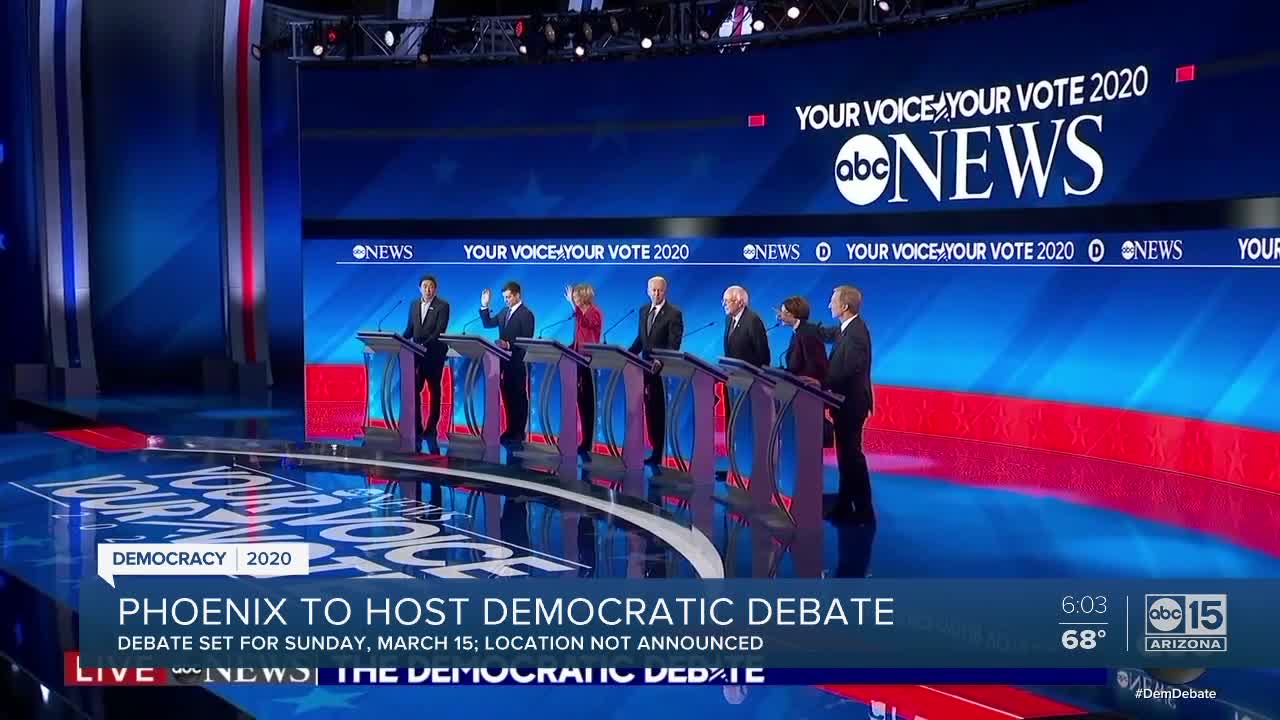 Phoenix will host a democratic debate in March, as the election heats up. 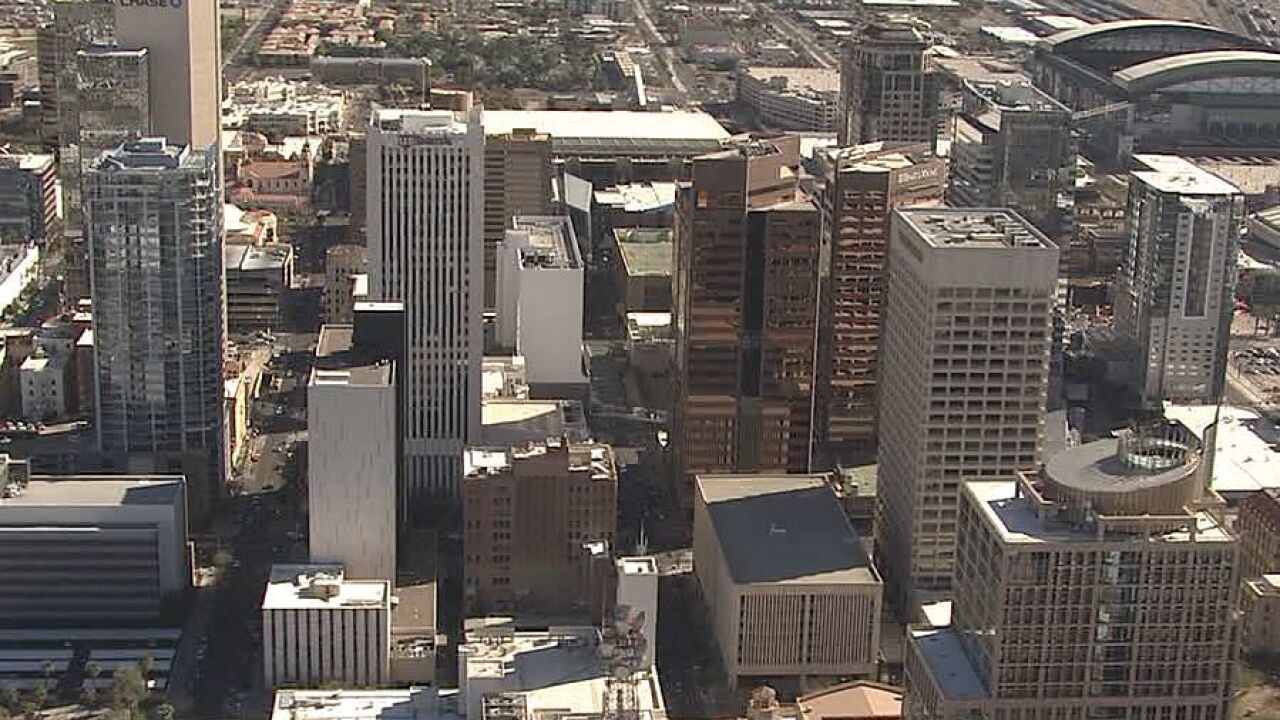 PHOENIX — Update (March 3): A spokesperson for Live Nation Phoenix told ABC15 that the debate would be held at Arizona Federal Theatre (formerly Comerica Theatre) in downtown Phoenix. Live Nation manages that venue. The Democratic National Committee has not officially confirmed where the venue would be held.

Phoenix will host the 11th Democratic presidential debate on March 15, according to party officials.

ABC15 has learned from multiple sources that party officials are looking to host the debate at the Phoenix Convention Center in downtown Phoenix.

Hoping to attend the debate in Phoenix? Click here to register.

However, spokespersons for the Phoenix Convention Center and the Arizona Democratic Party declined to confirm whether or not the convention center was the site of the debate.

The Democratic National Committee has also scouted the center, the Orpheum, and the Madison Center for the Arts as possible debate locations.

RELATED: President Donald Trump visiting the Valley, here's how to get tickets

The debate is scheduled two days before Arizona will host its presidential primary election. The debate will be co-hosted by news networks, CNN and Univision.

The next scheduled Democratic presidential debate is Feb. 19 and will be held in Las Vegas.