Santa School is real, and the training is tougher than you think

Santa School is real, and the training is tougher than you think 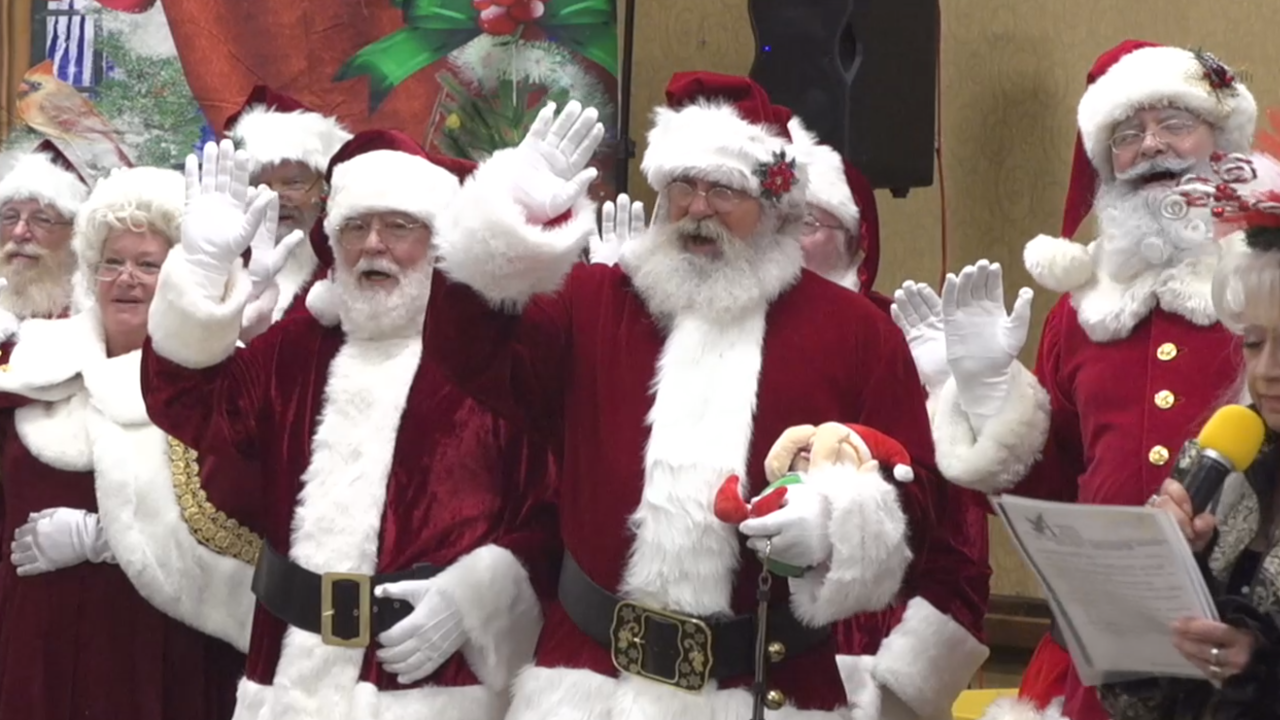 You can go to school for just about anything these days and that includes Santa School!

Mark Gebhart is a sound engineer, but during the holidays, he’s Santa Clause.

“It’s a feeling of service I get to give to people,” Gebhart says. “It’s like ingrained in my being. It’s something I have to do.”

To become the best Santa, and to get better pay to play Santa, Gebhart went to Santa School.

“It’s really intense,” he says. “We learn a lot and we learn how to be Santa Claus.”

In Santa School, it’s not all about makeup, reindeer and practicing your “Ho, Ho, Ho, Merry Christmas!” The classes involved much more, including learning about child psychology, undergoing active shooting training and understanding what to do if there’s an unruly crowd.

The Santa Claus performers began school in January, and it takes 9 months to graduate.

“We are each others’ brothers,” Gebhart says of his fellow Santas. “We help each other, we study together, we work together; we are really a brotherhood.”

When the Santas graduate, they take an oath and are given a diploma for all their hard work.

They have three months to land a job, whether at the mall, private parties or corporate events.

“I actually have an agent that I go through, and my agent gets me jobs,” Gebhart says. “Other Santas use things like GigSalad ; they go out and market themselves.”

Of course, it’s not just about the money. They all agree it’s the smiles on kid’s faces when they see Santa that makes them get into character each year.

While a lot of people love the holidays, some look at Santa School and think it’s all a little crazy.

“It is crazy. It’s a great kind of crazy, and I love it,” Gebhart says. “And I wouldn’t do anything else.”