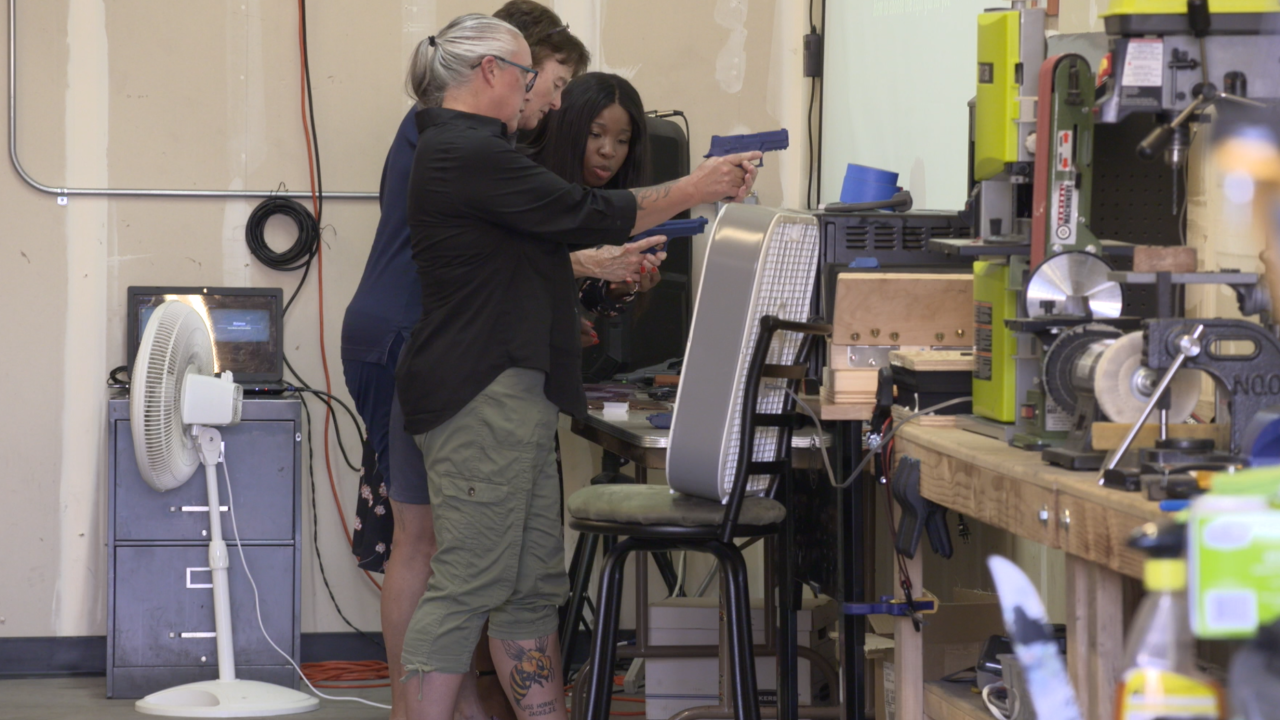 Alayna Stockton is a real estate agent. She wants to make a sale, but more importantly, she wants to stay safe.

“You can’t rely on law enforcement,” she says. “They can’t be everywhere all the time.”

So, Stockton is taking matters into her own hands, by the way of a 9mm handgun. She is also taking concealed carry classes, so she can eventually take her gun with her to open houses.

“It does give you a sense of safety, not just in real estate, but in being in public,” she says.

We’re learning more women like Stockton are getting their concealed carry permits.

In a recent study, the Crime Prevention Research Center found that between 2012 and 2018, the number of women in the United States with concealed carry permits increased by 207 percent.

At the Guns For Everyone gun shop, they’re holding a concealed carry class specifically for women.

Owner Edgar Antillon says these women-only classes are growing in popularity, with a 30 percent increase in the past few weeks.

“Recent events that have happened like El Paso, Ohio, and a lot of people want to defend themselves,” he says. “A lot of people sometimes get too lazy and complacent and wait until the last minute. Unfortunately, it takes an event like that to kind of push people to get the proper training.”

So, more women or getting more guns, but does that make them more safe?

While helping a woman at gun range, Antillon says if you pull a gun, you better be ready to use it. If not, you could have it used against you.

“If it gets to that point to where you have to use it, you need to know if you have the mental capability of using this firearm," Antillon says.