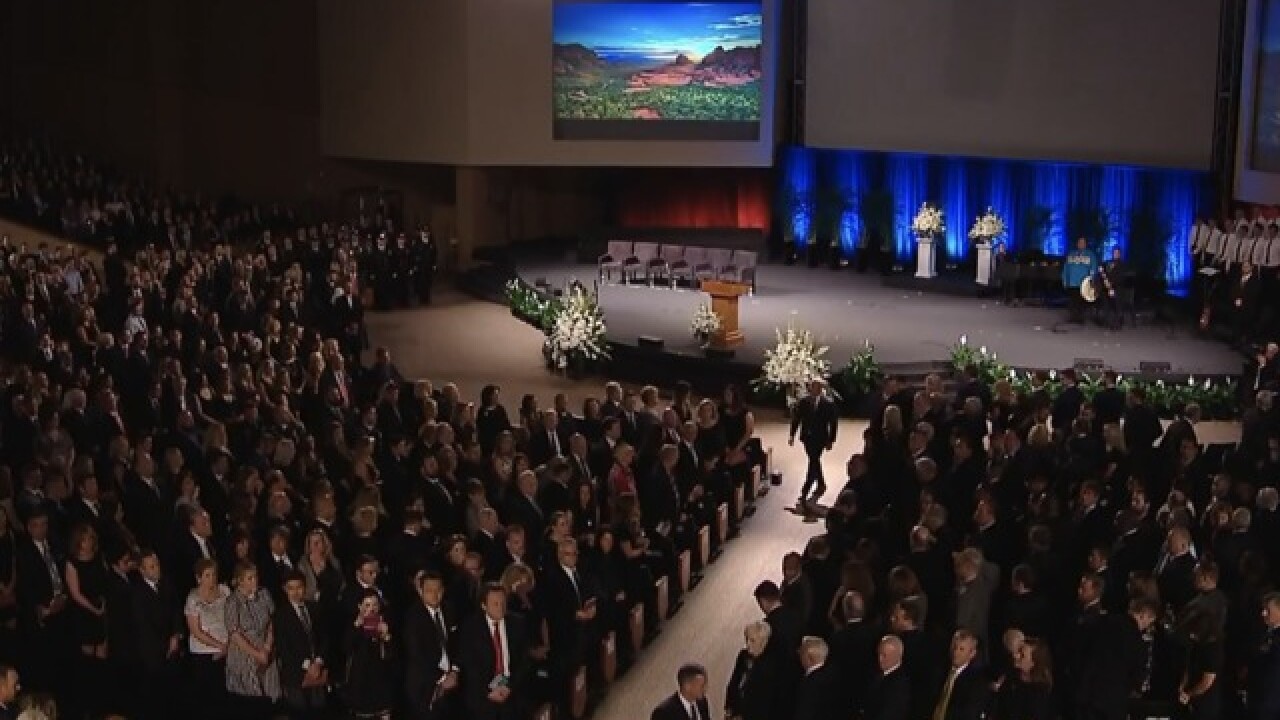 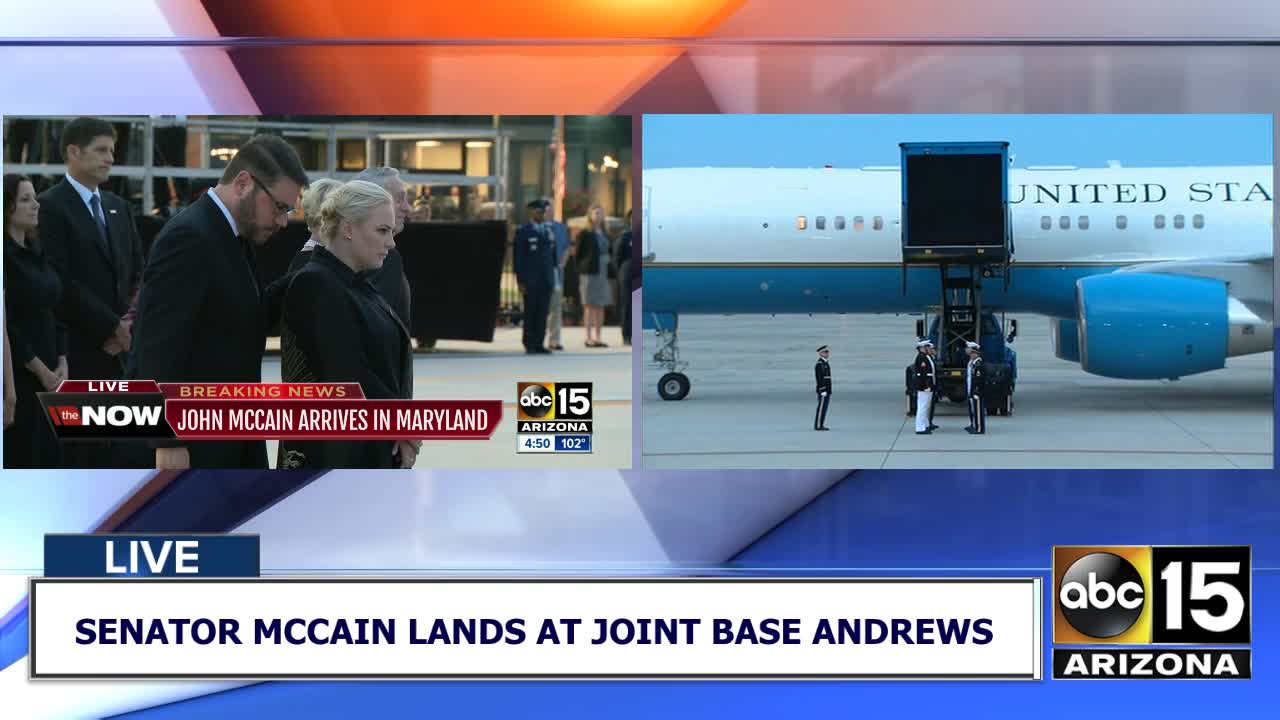 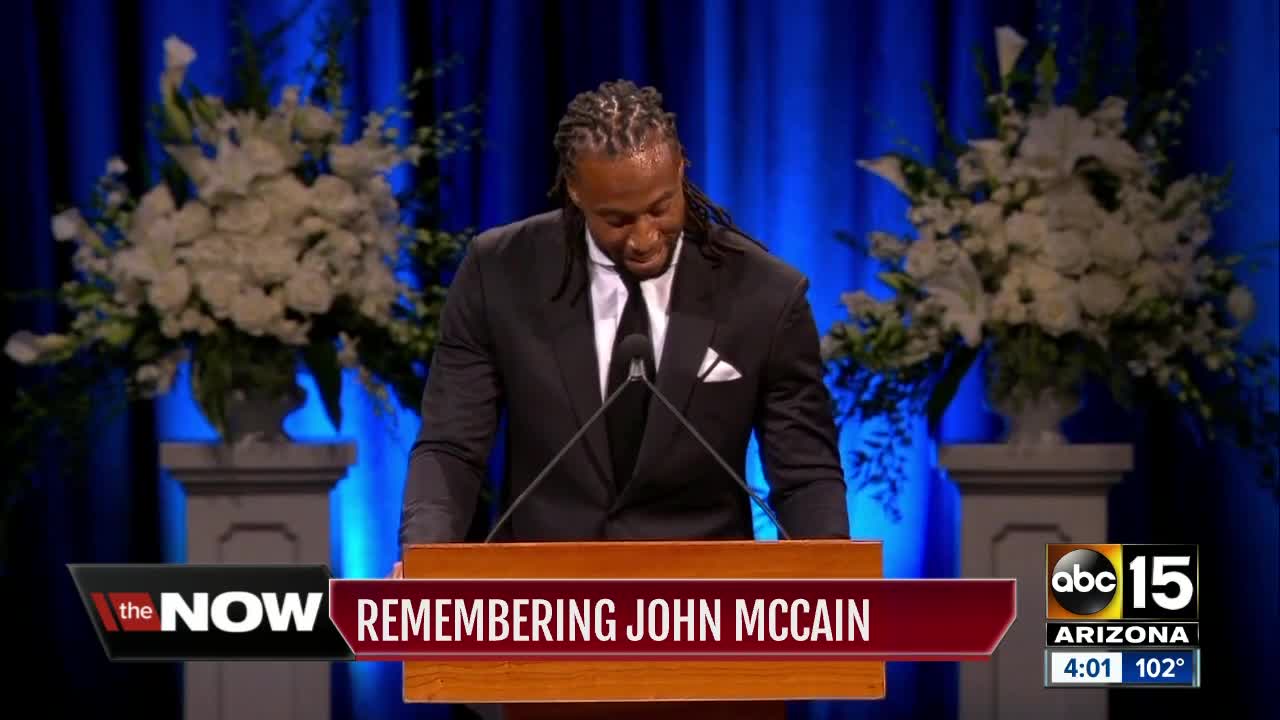 Watch the full memorial service for Sen. John McCain in the player below.

Addressing an estimated 3,500 mourners, former Vice President Biden recalled "the sheer joy that crossed his face when he knew he was about to take the stage of the Senate floor and start a fight."

Biden, a Democrat who was among the fast friends the Republican senator made across the aisle, said he thought of McCain as a brother, "with a lot of family fights."

"While from very different worlds, we developed a meaningful friendship," said Fitzgerald, adding that McCain didn't judge others on their skin color, gender or bank account but on their character.

McCain's longtime chief of staff Grant Woods, a former Arizona attorney general, drew laughs with a eulogy in which he talked about McCain's "terribly bad driving" and his sense of humor, which included calling the Leisure World retirement community "Seizure World."

Woods also recalled the way McCain would introduce him to new staff members by saying, "You'll have to fire half of them."

The service brought to a close two days of mourning for the six-term senator and 2008 GOP presidential nominee in his home state.