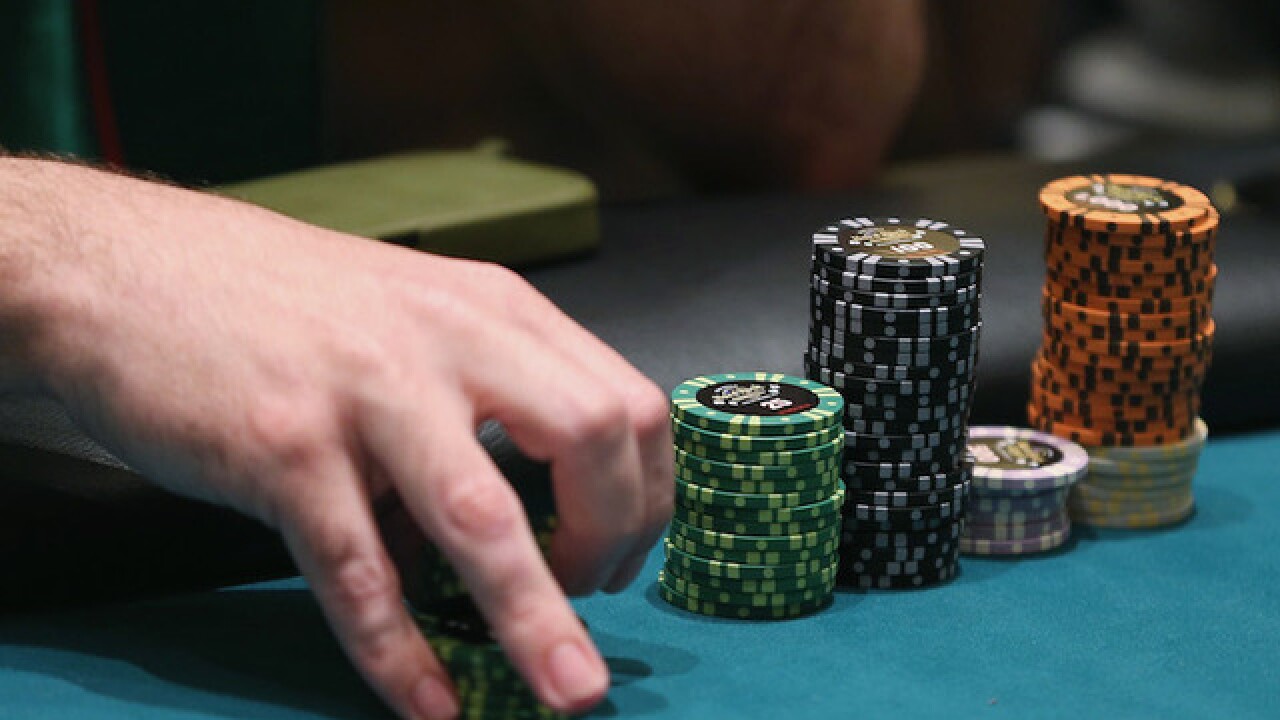 &lt;p&gt;HOLLYWOOD, FL - MARCH 27: A poker player holds a stack of his chips during play on the opening day of the Seminole Hard Rock Poker Showdown on March 27, 2014 in Hollywood, Florida.&lt;/p&gt;

A geriatric foursome ran a quick and nominally profitable cheating scheme while playing poker at a Minnesota casino one night last summer, according to charges.

One of the four out-of-staters was hunted down and jailed Wednesday, while the whereabouts of the others are unknown.

All four have rap sheets with convictions for cheating while gambling in other states spanning many years.

Although the cheating at Canterbury Park in Shakopee, Minn., netted the four barely more than $200 over the 45 or so minutes that they were at the card room on July 4, 2013, a Canterbury spokesman said that vigorously pursuing this nefarious activity is vital to the business' credibility.

"Integrity is important," spokesman Jeff Maday said Thursday. "It's important if you are another one of the players. You want to know that the game is legit."

According to the charges:

Three of the men sat at a three-card poker table, and while one of them distracted the dealer the other two, seated next to one another, palmed cards and swapped them under the table.

In the meantime, the fourth man stood behind the two card swappers in an effort to shield them from surveillance by a ceiling camera.

"They just came in, made a quick hit and were gone," Maday said.

Surveillance photos from the casino were distributed to law enforcement nationwide, leading to the four being identified as convicted gambling cheats. Minehan's criminal history is the most extensive, starting in 1984 and including gambling convictions in Florida, Illinois and Washington state.