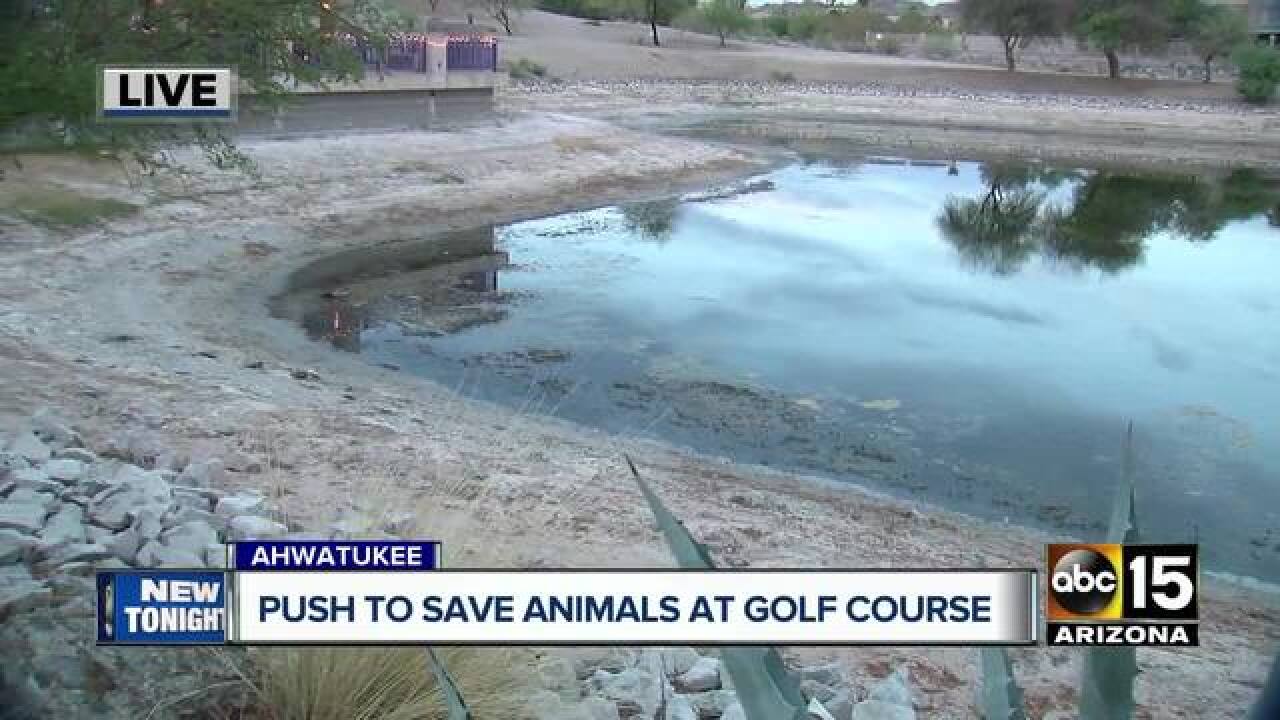 Neighbors are asking for help dealing with a pond that continues to dry out at the Club West Golf Club in Phoenix. As the pond dries, fish and other wildlife are in serious danger.

The owner of the club says he’s doing what he can, but the company is about $230,000 behind on its water bill because of a debt from the previous owner; therefore, they can’t add water to the pond.

He says they’re doing everything they can to get the location under a new account name to start fresh.

“As soon as we come current, or are able to put the meter in someone else’s name, the water will start flowing and you’ll see the difference immediately," said owner Richard Breuninger.

However, residents in the area say time is crucial in saving the animals, especially the fish that can be seen with barely enough water to survive.

“This is urgent. This is pretty bad," resident Christina Synder said. “As the water dwindles you're gonna have issues with bugs, with mosquitos, the smell will continue to get worse."

Residents have reached out to several agencies, including Arizona Game and Fish and the Phoenix Zoo.

Their efforts are still in the early stages.