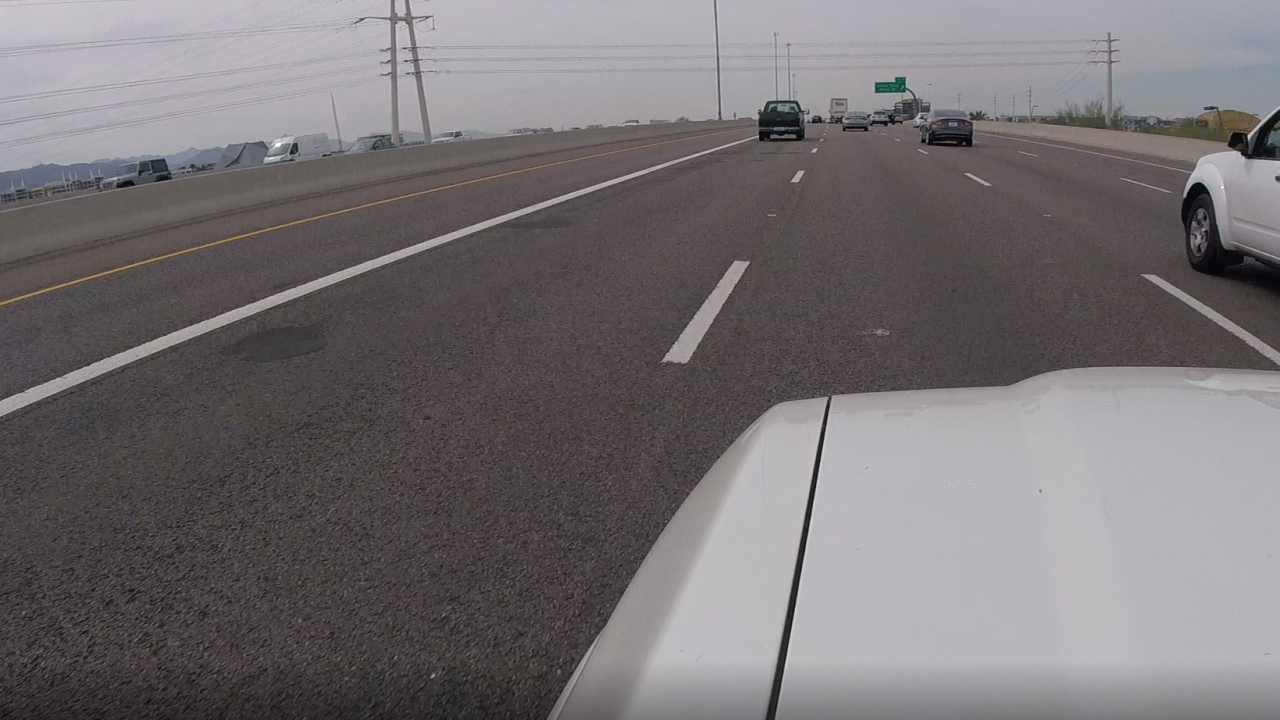 CHANDLER, AZ — The Arizona Department of Transportation is tackling a rough stretch of roadway that has been slowing down drivers making their way through the East Valley.

Great news for all those viewers who reached out to #OperationSafeRoads about concerns over the rough roadway on the EB L 202 (Santan) near Kyrene. #ADOT just told me, they have a big project planned to tackle repairs on the 202 between I-10 & the L 101 in a couple weeks! #abc15

After ABC15's Operation Safe Roads team pushed for a timeline on when repairs to Loop 202 between Interstate 10 and Loop 101 would take place, ADOT revealed a plan.

According to ADOT spokesman Doug Nintzel, improvements to the stretch of freeway will be starting the weekend of February 21-24, and will continue with overnight work for at least a few weeks.

In a statement to ABC15, Nintzel said the work will involve both diamond grinding and patching of worn spots to address the issues. Diamond grinding involves removing the top layer of damaged asphalt before using a specialized machine to smooth the base layer of pavement. The process was reportedly used last year on the right lanes of eastbound Loop 202 near Dobson.

Several viewers had reached out to the Operation Safe Roads team in recent weeks reporting that the portion of Loop 202 had become dangerous due to the to the roadway conditions and potholes between Kyrene and Alma School roads.

Nintzel said it's one of many project across the Valley keeping ADOT crews busy for now.

"ADOT crews will remain busy in the coming weeks, especially during overnight hours, with spot repairs to potholes or areas with worn pavement on other Valley freeways," he told ABC15.