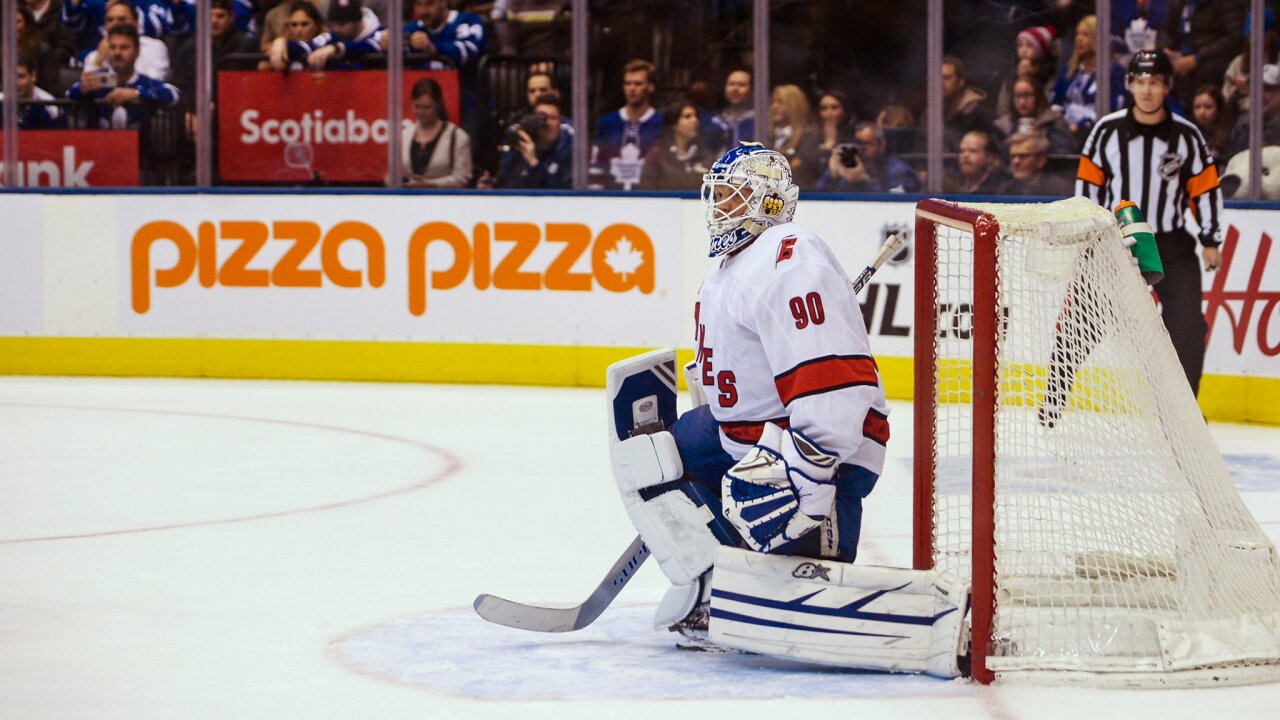 TORONTO – A Zamboni driver lived out his dream of playing in the NHL when he was tapped by the Carolina Hurricanes over the weekend.

The 42-year-old works as a Zamboni driver for the Toronto Marlies of the AHL.

Ayres has been a practice goalie with the Leafs and as the emergency goalie for Saturday night's game, he was available to either team if needed.

He was forced into action for the Hurricanes midway through the second period after Carolina's James Reimer and Petr Mrazek were injured.

The Hurricanes were leading 3-1 when the Ayres took over. And in the end, Ayres became the oldest goalie in NHL history to win his regular-season debut.

The Hurricanes celebrated Ayres and their win in style. A video posted by the team shows players going crazy in the locker room, drenching the goalie as he walked in.

A memory we'll all have forever pic.twitter.com/LUxqs8o3Wr

Ayres will get another turn in the spotlight, this time in North Carolina. A night after Ayres stepped in as an emergency goalie in Carolina's 6-3 victory at Toronto, the Hurricanes said they are bringing the Zamboni driver to Raleigh for their game Tuesday night against the Dallas Stars.

"See you Tuesday, Davey!" the club said on its Twitter account. “Ayres will be in the building on Tuesday and will be our @VectorSecurity Siren Sounder!"