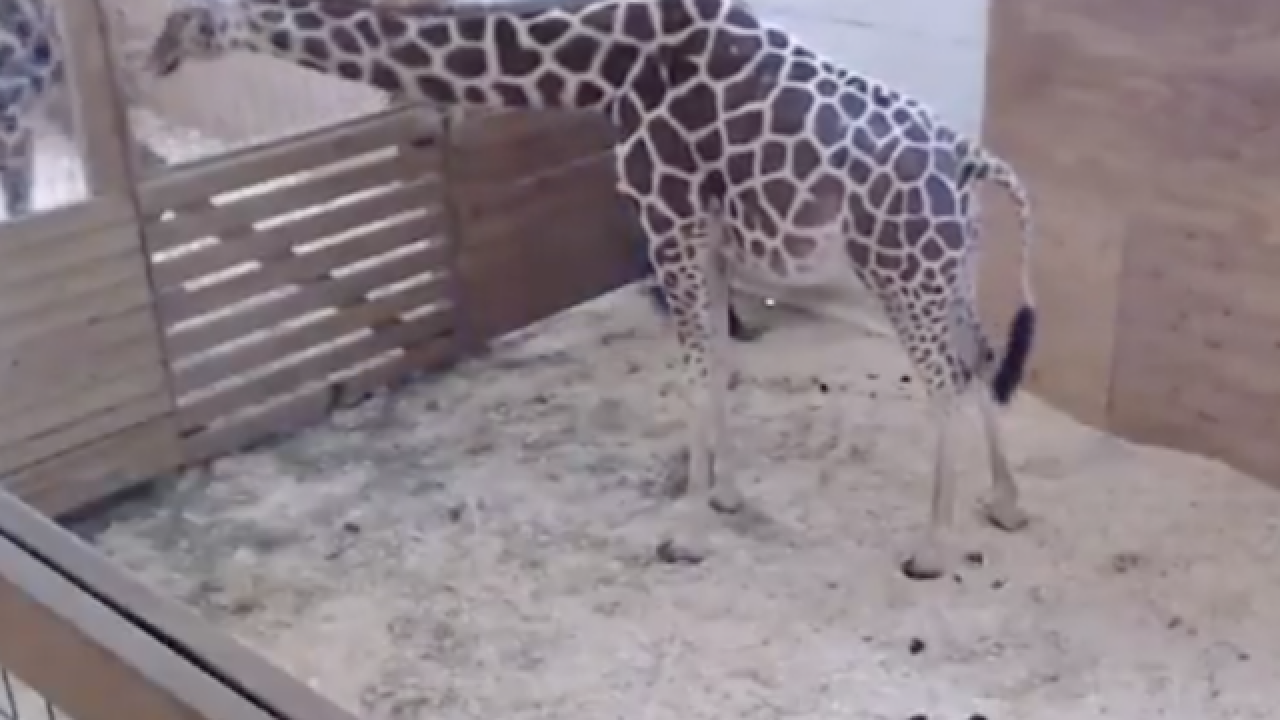 A YouTube feed of a giraffe giving birth was temporarily removed Wednesday evening from the online video service after complaints that the stream contained nudity and sexually explicit material.

According to a zoo spokesperson, more than 20 million viewers have tuned in so far to watch April the giraffe give birth at the Animal Adventure Park in Harpursville, New York. But for a few hours, the stream went offline.

"There are a handful of extremist and animal-rights activists that may not agree with that, and that's okay, but have unfortunately reported our YouTube cam as sexually explicit and nude content that has made for its removal," a zoo spokesperson said. "What that has done is pulled an educational tool from tens of millions of individuals."

The live feed of April's birthing was live once again Thursday morning.

The zoo's spokesperson said on a Facebook video that by requesting the video to be moved from YouTube hurts the zoo's conservation efforts.

"To be a wildlife warrior, it’s not to fight the organizations that are working to help these animals, it’s actually to conserve their natural environments,” he said.

As of Thursday afternoon, the zoo's YouTube stream had more than 50,000 active viewers.

According to the Animal Adventure Park, April is giving birth to her fourth calf. The calf will weigh roughly 150 pounds at birth, and stand 6 feet tall.

According to YouTube policy, sexually explicit material is banned from the site, but nudity in an education context is permitted on the site.

Watch the "Giraffe Cam" live below: