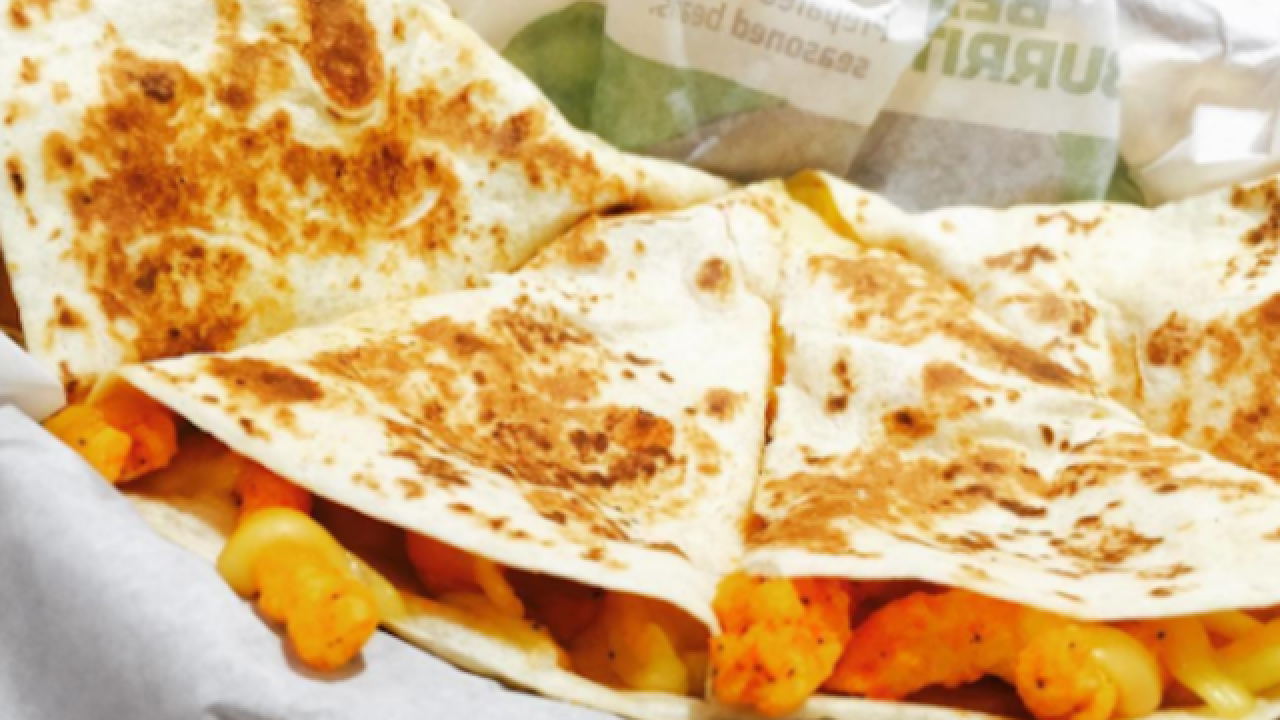 Taco Bell has never been afraid to push the fast food envelope. Who else would have had the foresight to combine Doritos and crunchy tacos?

But earlier this month, Taco Bell may have topped itself by debuting a cheese quesadilla stuffed with crunchy Cheetos.

The Cheetos quesadilla appears to include melted cheese and spicy jalapeno Cheetos wrapped up in a toasted tortilla.

Unfortunately, the item is only available in the Philippines for a limited time.

This isn’t the first time that Taco Bell has experimented with the finger-staining snacks. Earlier this year, the restaurant tested Cheetos burritos at Cincinnati-area restaurants. They also offered Cheetos Crunchwraps in Canada.

A photo posted by Edel San (@vivamanilena) on