Woman who impersonated April the pregnant giraffe has her baby first 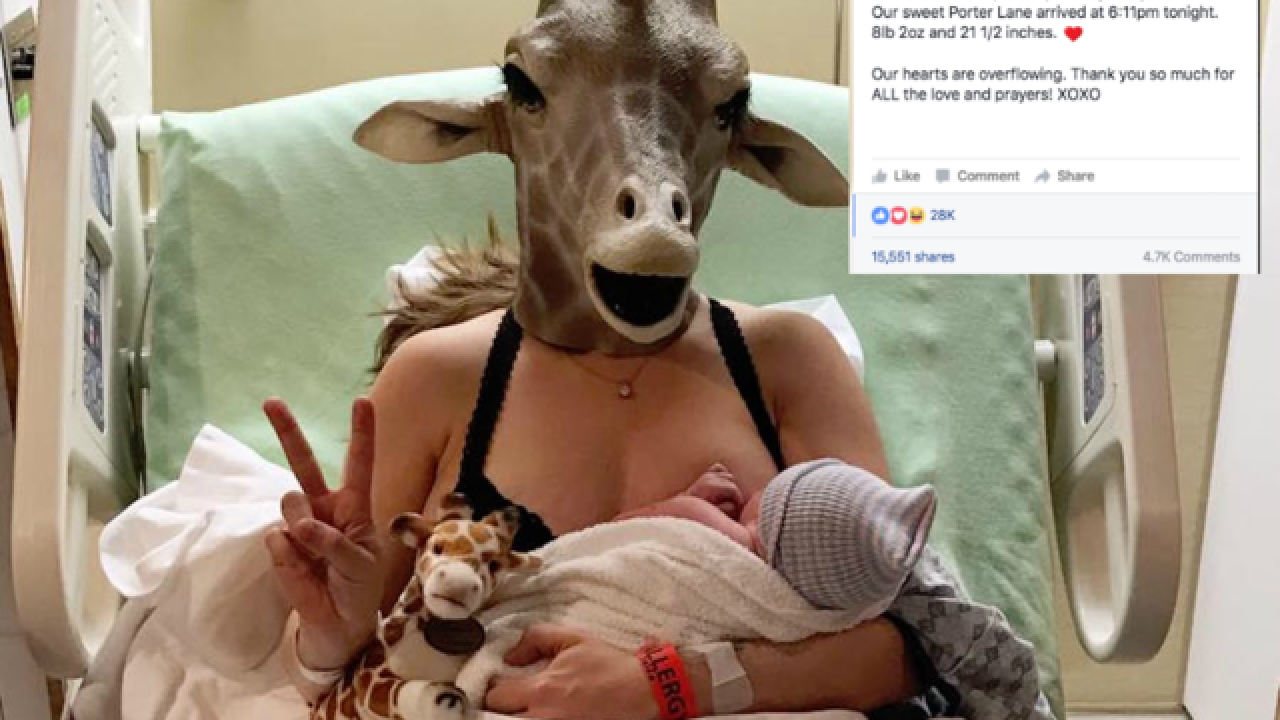 Erin Dietrich / Facebook
<p>Photographer Erin Dietrich, of Myrtle Beach, South Carolina, poses with her newborn son while wearing a giraffe mask, on March 8, 2017. Dietrich made news by impersonating April the pregnant giraffe during her pregnancy.</p>

A woman who impersonated April the giraffe in a viral video gave birth this week and continued her "impression" of the famous animal.

Erin Dietrich, a photographer from Myrtle Beach, South Carolina, became an internet hero on March 5 when she donned a giraffe mask and shot a Facebook live video that featured her standing around in her bedroom for 7 minutes, stretching, dancing and doing other everyday things. The video was viewed more than 30 million times.

Dietrich's funny piece of performance art was poking fun at a livestream set up by Animal Adventure Park in New York that shows April, a pregnant giraffe, doing a lot of nothing inside her pen until she gives birth.

The zoo set the stream up on Feb. 22, promising April could give birth at any moment. The video feed has attracted millions of viewers in the weeks since.

On Wednesday, Dietrich posted another live video from inside a hospital room as she was set to go into labor. She wore her giraffe mask and sat up in bed, waving to the camera. The 3-minute video was viewed more than 2.3 million times.

A few hours later, Dietrich posted a photo of she and her newborn son Porter in her hospital bed. She was wearing the giraffe mask, giving a peace sign and holding her son along with a plush giraffe toy.

The photo has been shared more than 16,000 times since Wednesday night.

"He is perfect, healthy and just beautiful! ... Our hearts are overflowing," Dietrich wrote.

Meanwhile, the nation is still waiting to see April's baby.