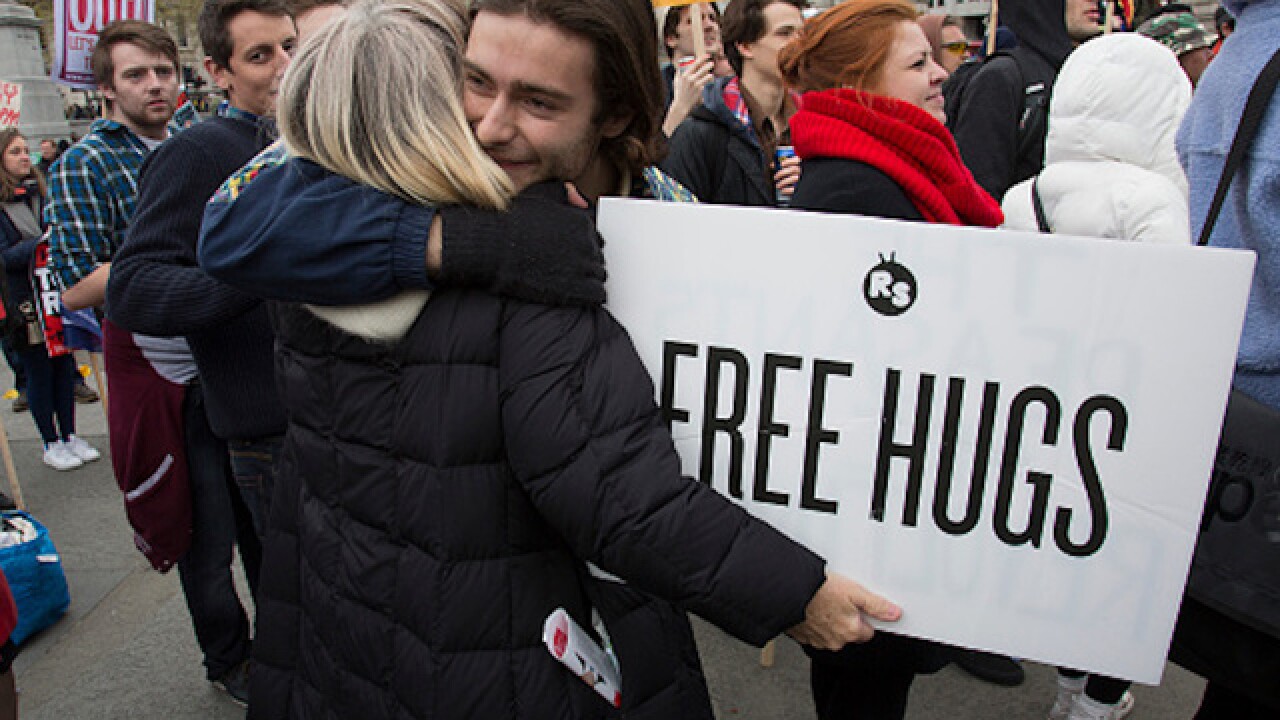 WESTERLY, R.I. (AP) — A Rhode Island woman upset over the election of Donald Trump has spent her day giving out free hugs.

Jenny Daley, of South Kingstown, tells The Westerly Sun that she woke up Wednesday and needed a hug and figured a lot of other people did, too.

So the 31-year-old restaurant worker headed to downtown Westerly with a sign that said, "Need a hug today? They are free. Just ask."

Daley says she did not want to "spend the whole day in fear" so she decided to show love to as many people as she could.

Daley gave out hugs to several people, including some who told her stories about their lives, and one woman who stopped and gave her an umbrella after it began to drizzle.