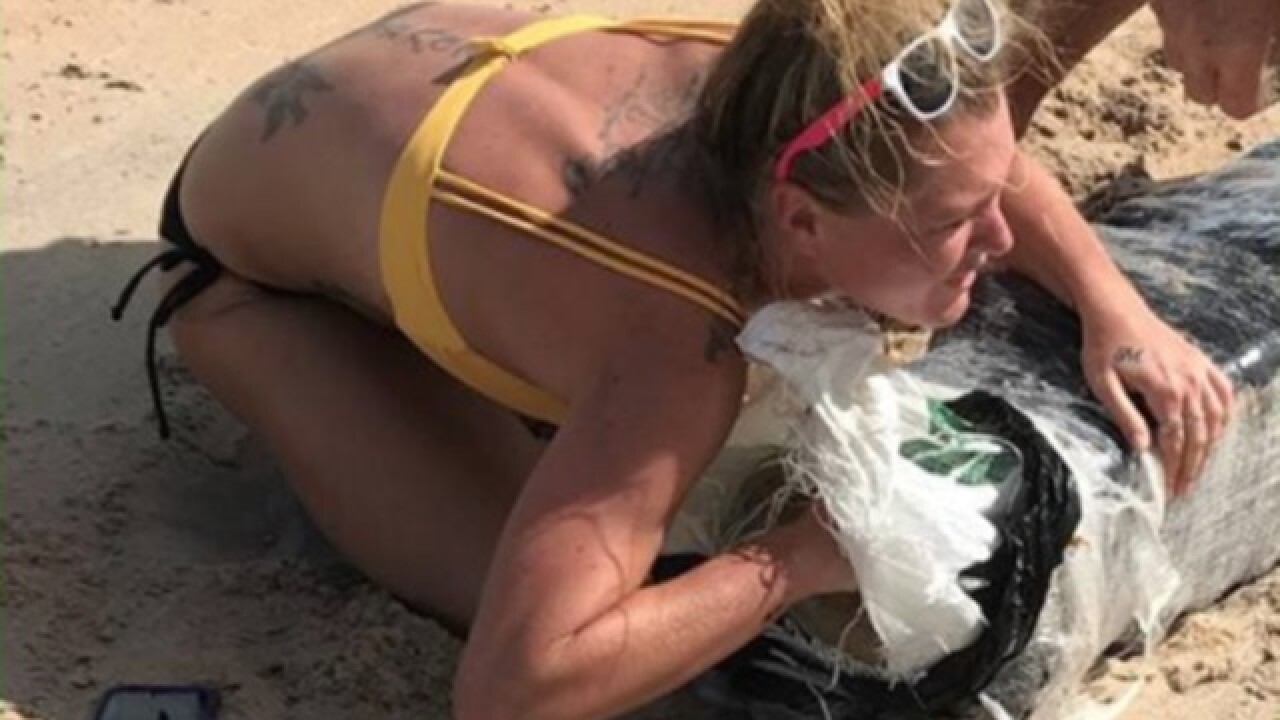 The rules of "finders keepers" do not apply here.

Authorities in Flagler Beach, Fla., are trying to track down a woman who apparently took marijuana from packages that washed up on the beach last week.

About 100 pounds of marijuana washed ashore along the Atlantic coast, showing up in several of Florida's coastal counties. Federal agents are still investigating where the drugs came from.

A photo released by the Flagler County Sheriff’s Office on its Facebook page shows a woman in a yellow bikini reaching into a plastic bag.

At least one man has already been arrested for taking the marijuana.