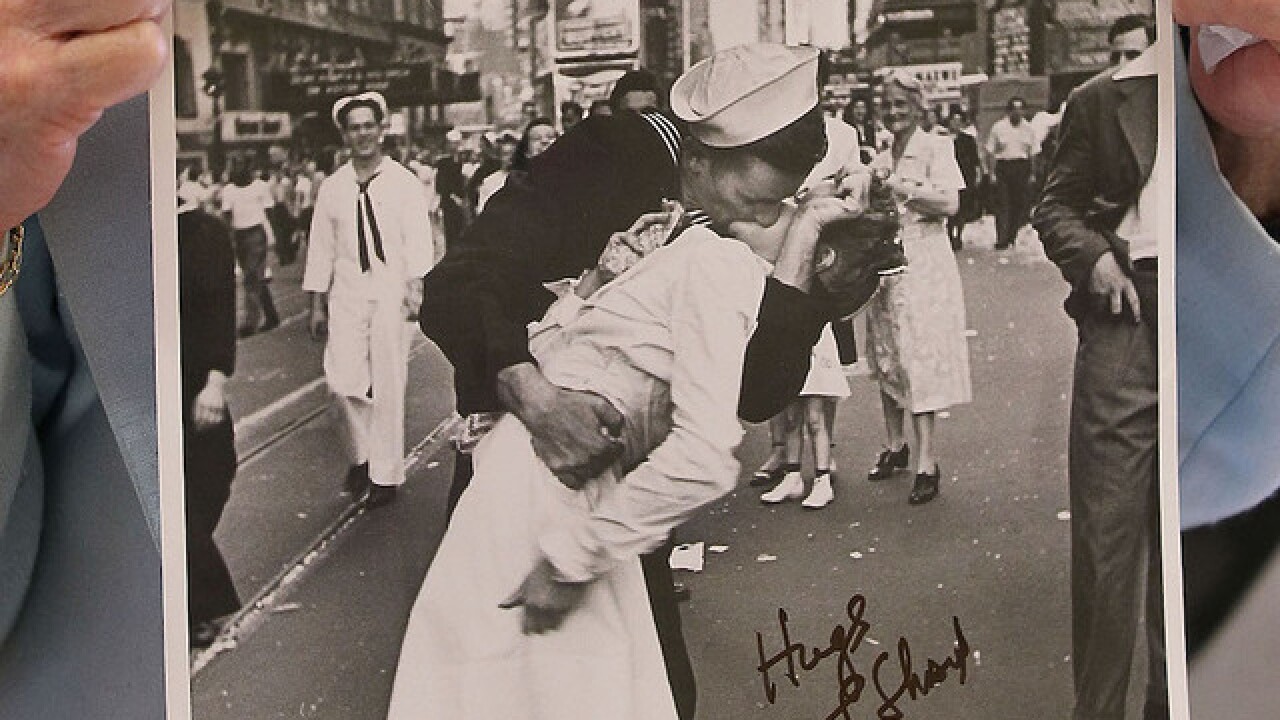 NEW YORK (AP) — The woman kissed by an ecstatic sailor in Times Square celebrating the end of World War II has died.

Greta Zimmer Friedman's son says his mother died Thursday at a Richmond, Virginia, hospital of what he called complications from old age. She was 92.

Friedman was a 21-year-old dental assistant in a nurse's uniform on Aug. 14, 1945. She went to Times Square amid reports that the war had ended. That's when she was kissed by George Mendonsa celebrating Japan's surrender.

Life magazine photographer Alfred Eisenstaedt captured the moment. It became one of the most famous photographs of the 20th century.

Joshua Friedman says his mother recalled it all happening in an instant.

She will be buried in Arlington National Cemetery, next to her late husband, Dr. Misha Friedman.