Woman falls to her death inside World Trade Center Oculus 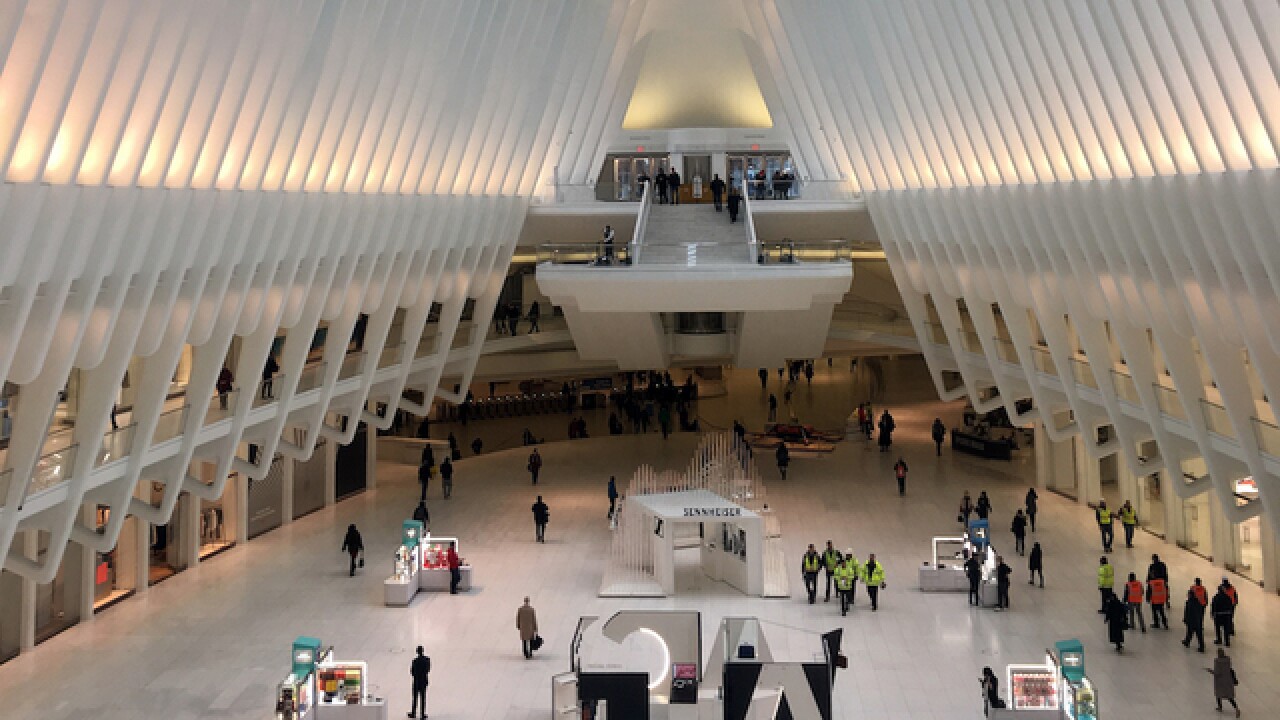 Copyright 2017 The Associated Press. All rights reserved.
Donald King
<p>This Jan. 24, 2017 photo shows the interior of the Oculus in New York. Police say a 29-year-old woman plunged about 30 feet to her death off an escalator inside the famed World Trade Center Oculus. They say she was apparently trying to retrieve a hat while on the escalator with her twin sister at about 5:30 a.m. Saturday inside the lofty transit hub. She fell to the main concourse floor. Port Authority police spokesman Joseph Pentangelo said the woman was taken to a hospital where she was pronounced dead. Police are investigating the incident. Her name hasn't been released.</p>

NEW YORK (AP) — A 29-year-old New Jersey woman plunged about 30 feet to her death off an escalator inside the famed World Trade Center transit hub known as the Oculus on Saturday morning, police said.

Jenny Santos of Kearny was trying to retrieve a hat dropped by her twin sister while the two were on an escalator at about 5:30 a.m. when she reached too far over the railing and tumbled over the edge, a law enforcement official said. The official wasn't authorized to speak publicly about the incident and spoke to The Associated Press on condition of anonymity.

Port Authority police spokesman Joseph Pentangelo said the woman was taken to a hospital where she was pronounced dead. Police are investigating.

The striking $3.9 billion transportation hub was designed by architect Santiago Calatrava and provides connections between New Jersey's PATH trains and New York City's subways. It opened about a year ago and is used daily by more than 300,000 commuters. Light beams in from the windows in the dizzying, soaring platform to the shopping mall below.

No one has ever died inside of the structure before — but a New Jersey woman gave birth there in October when she was rushed to a New York City hospital and realized she couldn't wait any longer. Two police officers with the Port Authority of New York and New Jersey delivered the baby.