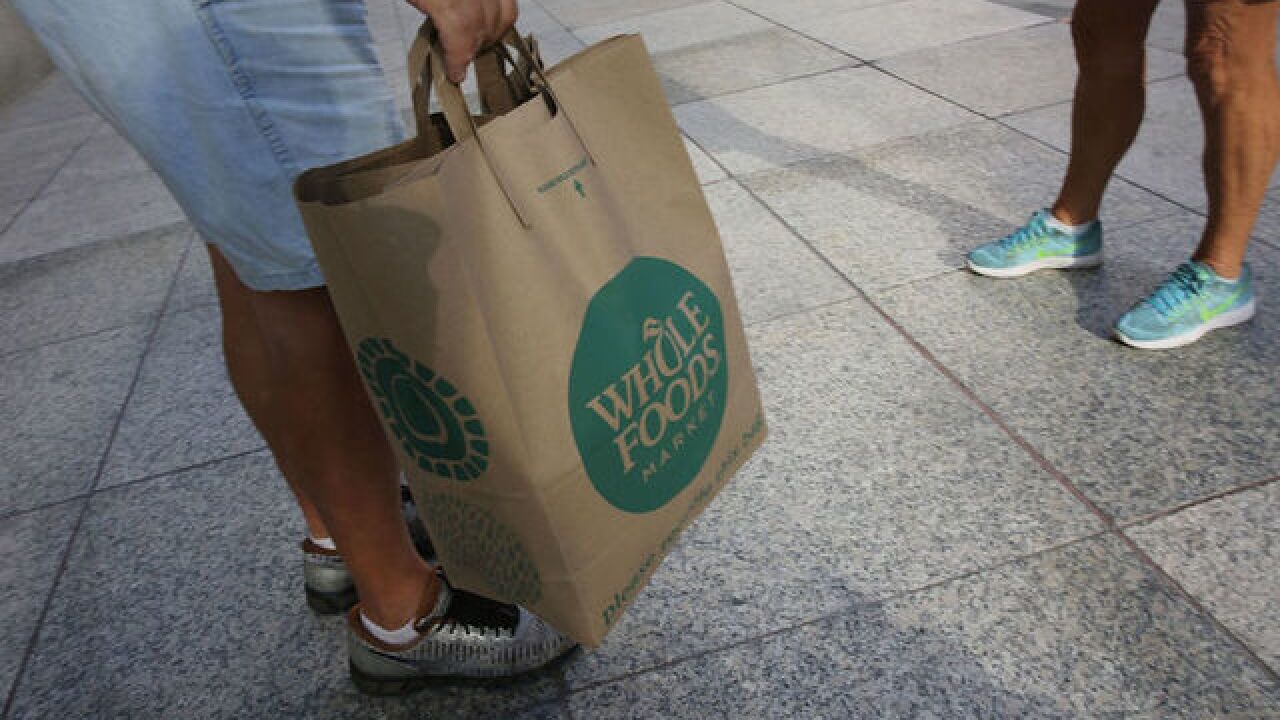 The Amazon-owned grocery chain is offering Prime members a $10 credit to use during the 36-hour Prime Day extravaganza when they spend $10 or more at Whole Foods between July 11 through 17.

Whole Foods is also offering other deals, including doubling the cash back bonus to 10% from 5% for Amazon Prime Rewards Visa card holders between July 14 through 17.

First time customers of Amazon's Prime Now delivery service will get $10 off their first order and an additional $10 off a future order.

Prime members will also save on groceries. For example, Amazon is offering 40% off boneless chicken breasts, self-serve cookies and buy-one, get-one free boxes of Honey Nut Cheerios and Allegro bagged coffee. These deals also begin on July 11 and last until July 17.

The Prime-exclusive deals is the latest example on how Amazon is using Whole Foods to get people to subscribe to its $119-a-year premium service. The idea is to attract new loyal members and make it difficult for Whole Foods customers not to join Prime because of the deals and offers, like delivery.

Whole Foods, which has 467 stores in the US, accounts for about 2% of the country's grocery sales but that could grow with Amazon's backing.

"Amazon has a relationship with [about 60 million households] in the US, and [these people] are definitely big consumers," Michael Pachter, an analyst at Wedbush previously told CNNMoney. "Why not drive their traffic into Whole Foods?"

Prime Day begins on Monday, July 16 at 3 p.m. ET. This is the first year that Amazon is incorporating Whole Foods into it.