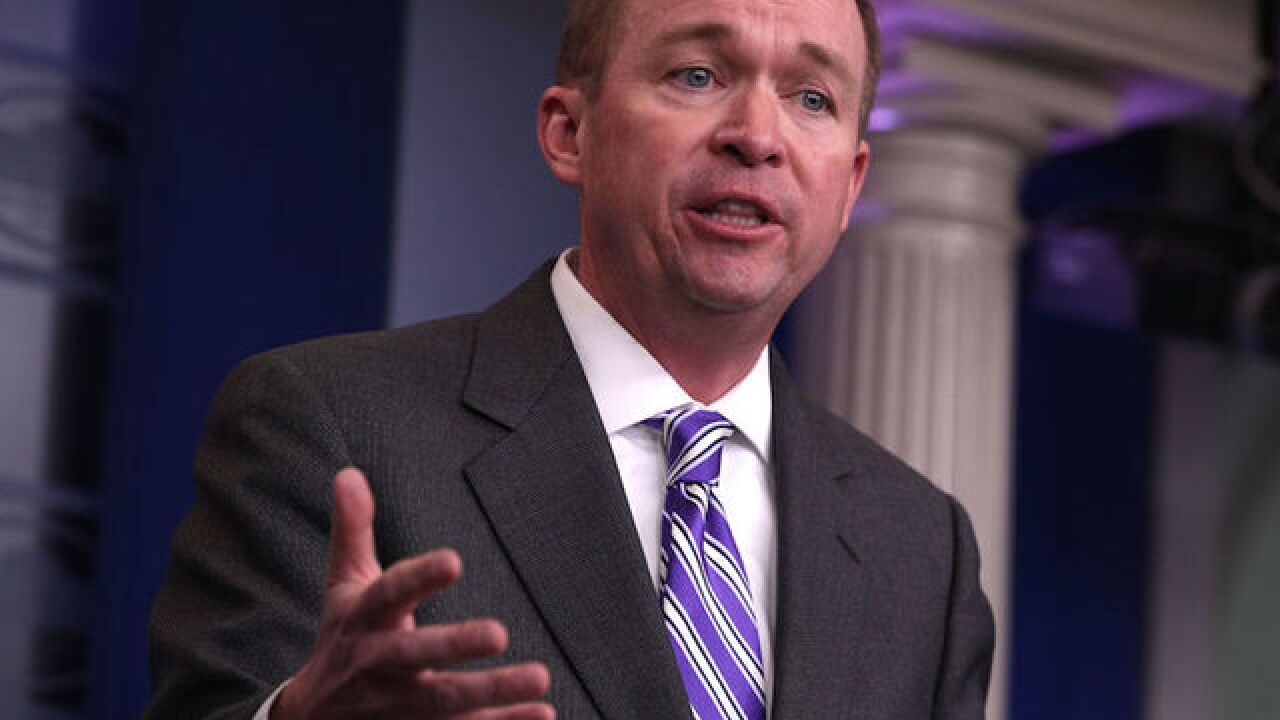 That's how White House budget director Mick Mulvaney on Thursday described the President Donald Trump's budget proposal after being asked by CNN's Jim Acosta if its cuts were "hard-hearted" and targeted elderly and children.

"No, I don't think so. In fact, I think it's probably one of the most compassionate things we can do," Mulvaney added.

Trump's budget blueprint calls for an increase in defense spending and corresponding cuts to a slew of programs, including climate change research, foreign aid and funding that supports Meals on Wheels and after-school programs.

"This budget simply reallocates and reprioritizes spending as any family or business would do," Mulvaney said.

Those priorities, he said, came from Trump's campaign promises. Mulvaney added that in order to ensure the proposal reflected the campaign, his team reviewed Trump's speeches and interviews from the campaign.

Asked by White House reporters on a number of the specific cuts, here's what Mulvaney had to say:

"We can't spend money on programs just because they sound good ... Meals on Wheels sounds great," he said.

"There's no demonstrable evidence they're actually helping results, helping kids do better in schools," he said.

"Regarding the question as to climate change, I think the President was fairly straightforward: 'We're not spending money on that anymore. We consider that to be a waste of your money to go out and do that.' So that is a specific tie to his campaign," Mulvaney said.

"We're absolutely reducing funding to the UN and to the various foreign aid programs including those run by the UN and other agencies. That should come as a surprise to no one who watched the campaign," he said.

"I put myself in the shoes of that steelworker in Ohio, the coal-mining family in West Virginia, the mother of two in Detroit, and I'm saying, 'OK, I have to go ask these folks for money, and I have to tell them where I'm going to spend it.'

"Can I really go to those folks, look them in the eye and say: 'Look, I want to take money from you, and I want to give it to the Corporation of Public Broadcasting.' That is a really hard sell, and in fact, it's something we don't think we can defend anymore," Mulvaney said.

"On science, we're going to focus on the core function," he said.

Mulvaney said there was "mission creep" in the NIH and therefore "tremendous opportunity for savings."