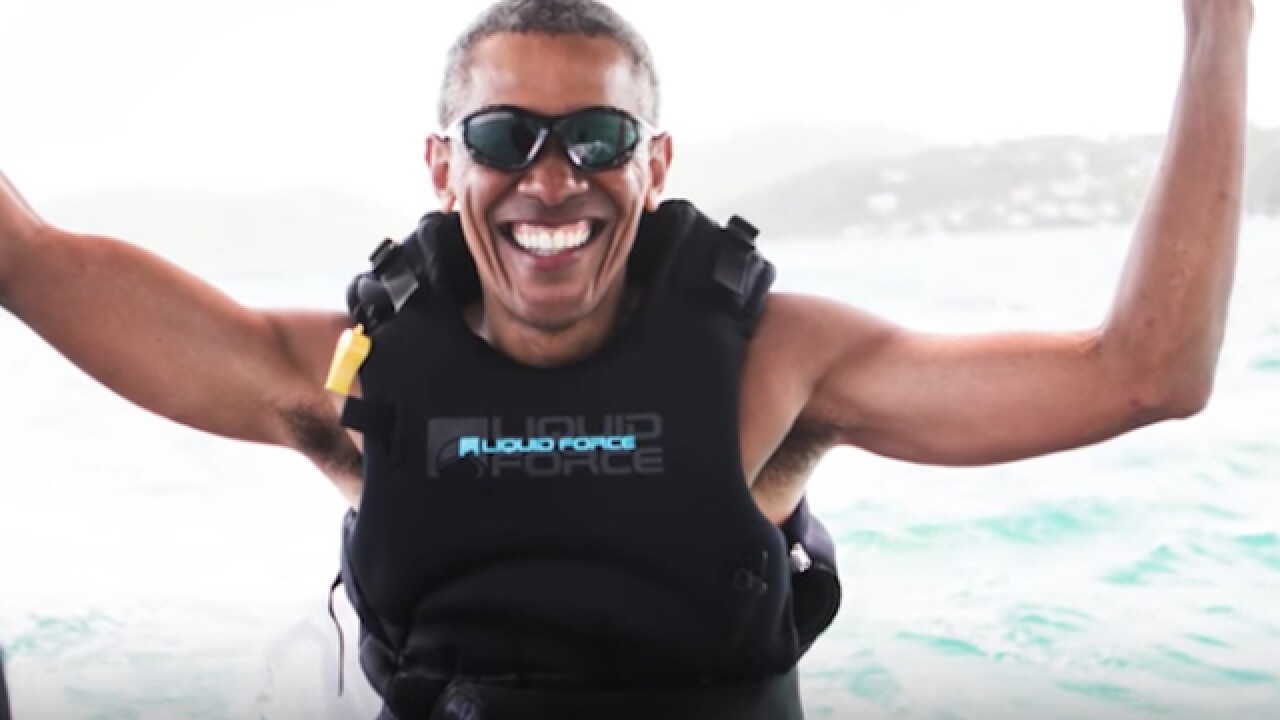 It appears former U.S. President Barack Obama is making the most of his presidential retirement.

In a video published by Richard Branson on YouTube today, Feb. 7, the ex-president is seen attempting to kite-surf. The video was also published on Branson's website, virgin.com, with a blog about the experience.

The pair kite-surfed in the British Virgin Islands. Branson blogged about Obama telling him that Secret Security wouldn't let him surf during the eight years he was in office.