What are the pros and cons to selecting Pence as a running mate? 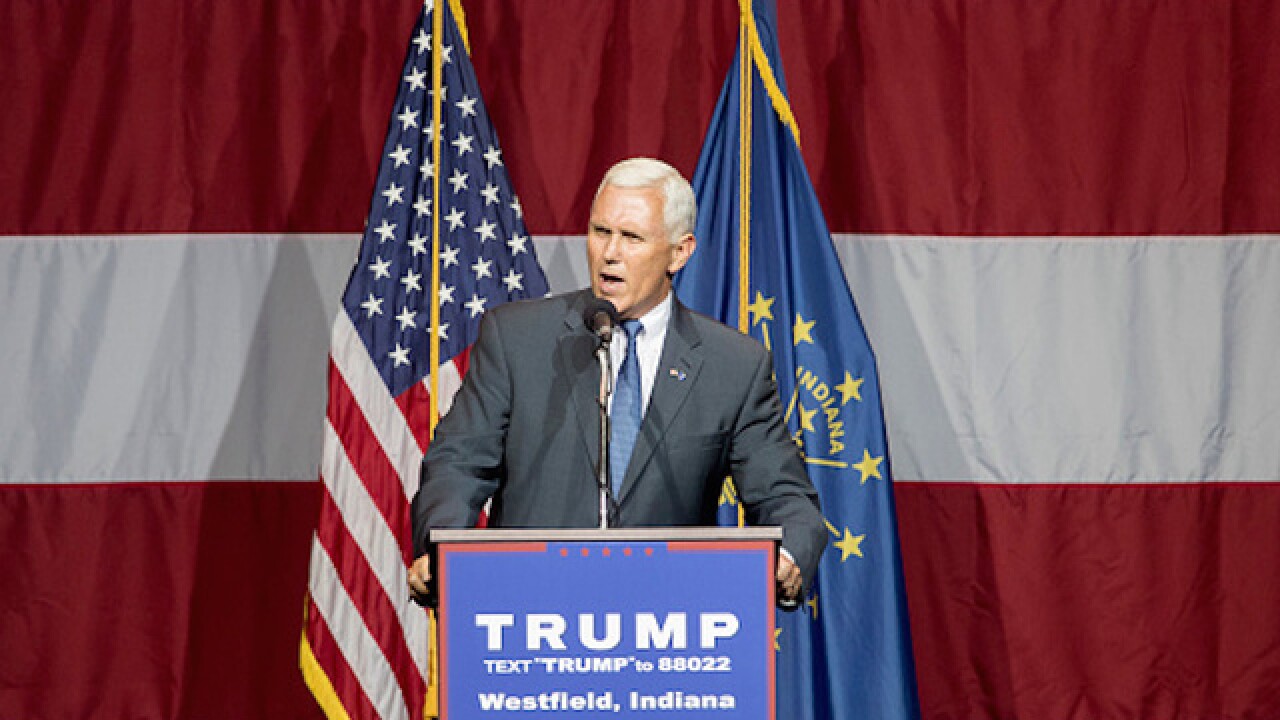 According to a number of reports, Republican standard-bearer Donald Trump will pick Indiana Gov. Mike Pence as his running mate for November’s national election.

Pence is in the midst of his fourth year as governor of Indiana after serving in the U.S. House of Representatives for 12 years.

Below are some of the reasons why selecting Pence makes sense for Trump.

-       Pence has proven he is willing to use his Christian faith to set policy in Indiana. Amid pressure from corporations and businesses, Pence signed the Religious Freedom Restoration Act, which allowed for businesses to refuse service to people based on their sexual orientation or gender identification.

Despite Reuters finding that 54 percent of Americans are against this kind of legislation, reminding Republican voters of his principled stance might be enough to rally the base in November.

-       Pence has an A rating from the National Rifle Association. Gun owners make up a sizable part of the GOP coalition, and Republicans are two times more likely to own a gun than Democrats. In 2005, Pence voted in support of the Protection of Lawful Commerce in Arms Act, which became a contentious issue during the Democratic primary. Like Pence, Sen. Bernie Sanders had voted in favor of the legislation that protects gun manufactures from lawsuits.

-       As far as anyone knows, he has less baggage than Newt Gingirch and Chris Christie. Christie as New Jersey governor was part of a scandal that shut down a major bridge into New York, and Gingrich had an affair with a junior staffer while he was in the House of Representatives.

-       Pence has strong views on immigration like Trump. He has been in support of making English the official language of the United States, and voted in support of building a wall along the Mexican border. He also supported a ban on Syrian refugees settling in Indiana.

While Trump could find many positives in announcing Pence as his running mate Friday, there are also some drawbacks.

-       Even though LGBT voters typically side with Democrats, last year’s Religious Freedom Restoration Act took a toll on his political capital, namely with commerce Republicans. This constituency of the party has been less important in recent years, but one Trump needs to win the White House in November.

The legislation took a toll on the state’s economy. One notable example was Indianapolis-based company Angie’s List opting not to complete a $40 million expansion that would have added 1,000 jobs.

-       Picking Pence is an opportunity lost for Trump to pick up a running mate who can help him win a battleground state. Pence carries little name recognition outside of Indiana. A selection like Ohio Gov. John Kasich might have done more to help Trump pick up a key state if November’s election ends up being close.