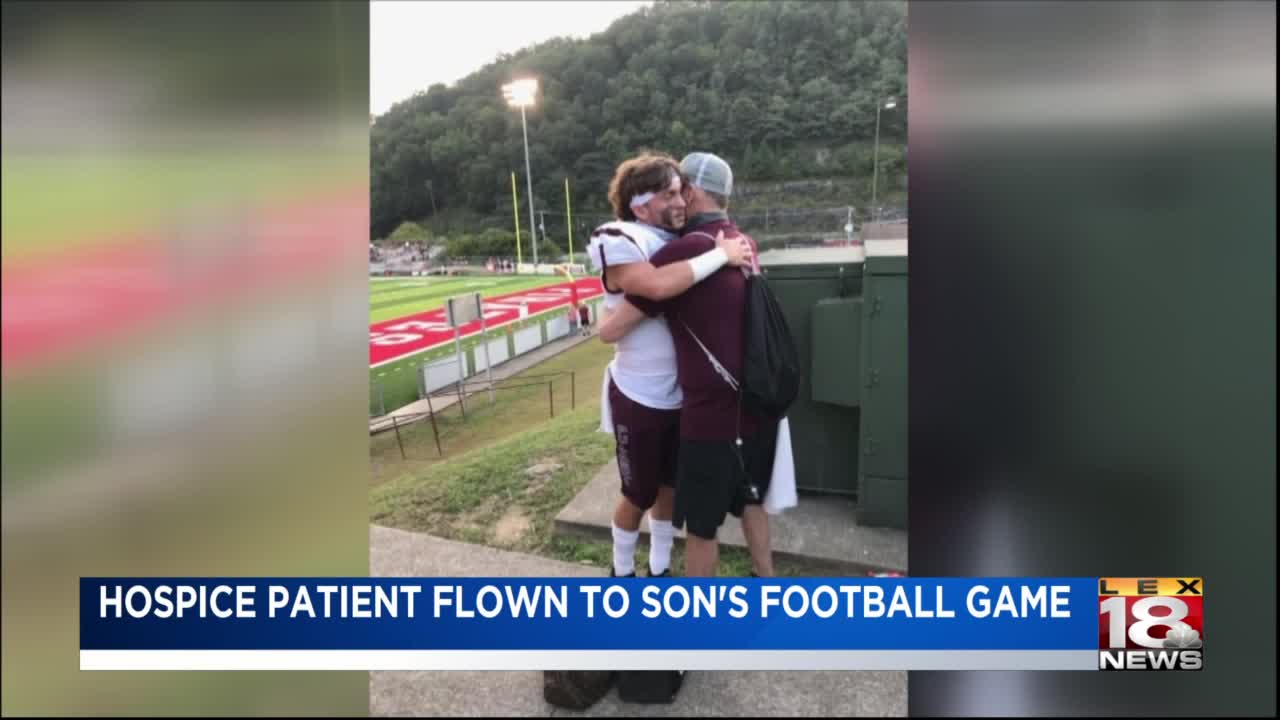 'We're going to make a memory out of it': Pulaski County hospice patient flies to see son's season opener 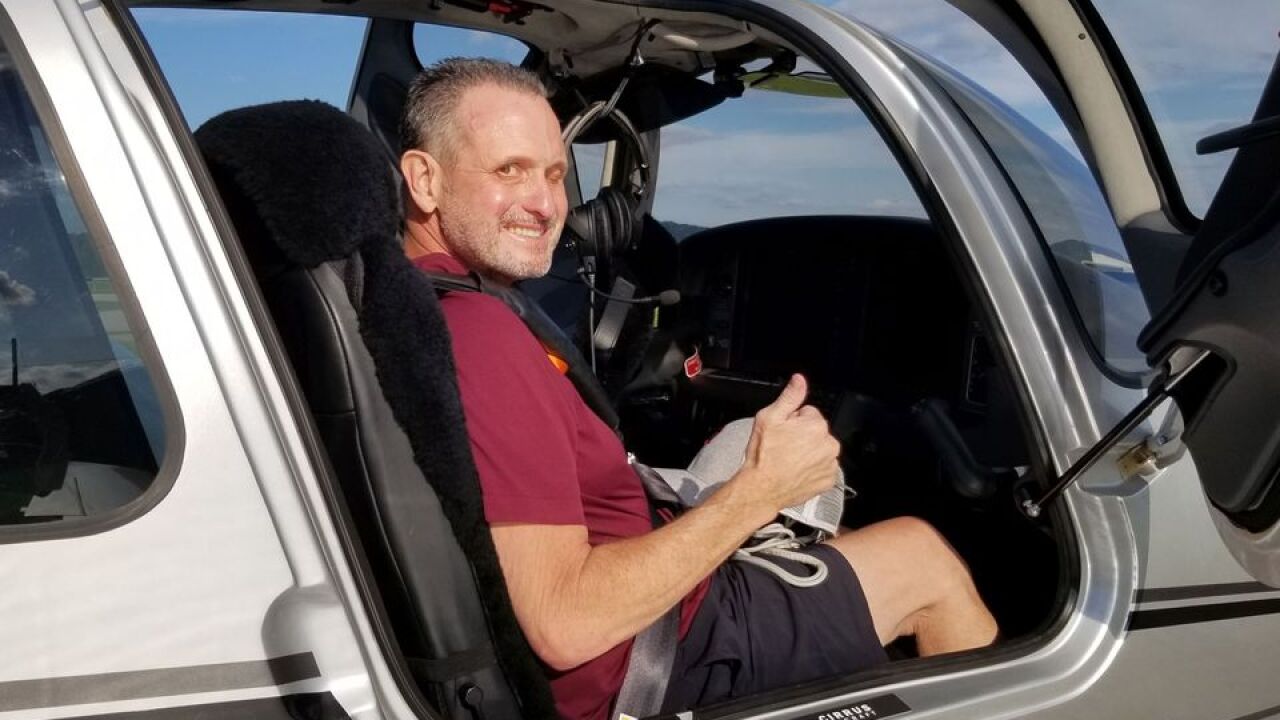 A hospice patient in Kentucky arrived at his son's season opener football game in style. His hospice nurse arranged for a plane to fly them to Belfry High School after realizing it would have been too dangerous in his condition to drive.

For Scott Sullivan, being able to watch his son, Cade, play one more time under the Friday night lights was a once in a lifetime opportunity.

"I got out of a couple of hospitals and realized I had a really rapid form of cancer that left me really not many places to turn," Scott said.

Since he got home, Jerree Humphrey, a nurse at Hospice of Lake Cumberland, has been taking care of Scott. Over the past few weeks, the pair have bonded over their kids.

"He was asking me if I felt like he could go to Belfry. I was like, 'I don't know,' I mean seven or eight hours in the car, between here and there, and then back," Humphrey said.

Driving being out of the question, Humphrey knew she had to do something.

"One of our hospice mottos is you might not be able to change the outcome, but you can affect the journey," Humphrey said.

So, Humphrey found someone to fly them down to Belfry High School to watch Cade play in Pulaski County High School's season opener.

"Him being there, it might be the last game he will ever watch me play in, and it meant a lot to me. I played my heart out; I played as hard as I possibly could," Cade said.

The whole game, Scott was in the stands cheering on his son. Cade ran over and hugged him.

This story was originally published by Jacqueline Nie at WLEX.